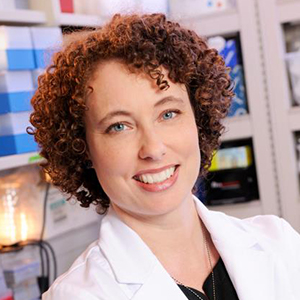 The aftermath of cancer treatments is a little like getting your car back from someone you lent it to only to find a new dent in the bumper, stains on the upholstery and an extra 100,000 miles on the odometer. And then the person you lent it to helpfully points out, “But it still runs!”

I am grateful to have completed cancer treatments and gotten my car back, and I’m thrilled that it still runs.

As a scientist who did her dissertation research on signaling pathways that make breast cancer cells grow, I knew a fair amount about the mechanisms and even treatments for breast cancer before my own diagnosis. For example, I knew that by the time a tumor is palpable, it usually already has spread to the lymph nodes. Mine was and it had. I also knew that being positive for human epidermal growth factor 2, known as Her2, meant that I was going to be treated with targeted therapies that were the direct results of molecular research from the past few decades. That felt strange and wonderful.

However, there was an entire phase of cancer treatments that I was wholly unprepared for — surviving. Left: Jennifer L. Gooch received chemo treatments through a port in her chest; the four drugs took about six hours to infuse. Right: Six months after finishing chemo, she had regrown enough hair to stop wearing a wig.

In June of 2014, I was diagnosed with breast cancer barely 24 hours after my first mammogram. I was 40 years old. The biopsy results defined the cancer as triple-positive (the tumor expressed estrogen receptors, progesterone receptors and Her2) invasive ductal carcinoma, and a positron emission tomography scan further confirmed that I had node-positive, clinical stage 2B disease.

Three weeks after that first-ever mammogram, I received my initial cocktail of neoadjuvant chemotherapy — taxotere, carboplatin, trastuzumab, and pretuzumab, or TCH+P.

During my training, the clinical fellows and other oncologists in the department would comment that chemotherapy for breast cancer is “relatively tolerable” compared to regimens for other cancers.

And, in truth, it was manageable. The side effects were predictable: taxotere and carboplatin attacked all fast-growing cells in my body. So my hair fell out, my blood counts dropped and the lining of my gastrointestinal tract thinned (and I had a lingering metallic taste in my mouth thanks to the platinum). The side effects of the monoclonal antibodies targeting Her2 were less acute but added upper respiratory irritation and skin changes to the mix. With each cycle, the fatigue was more intense as my body worked to replace all the cells killed by chemotherapy.

Following chemotherapy, my treatment plan included surgery (a mastectomy and axillary node removal) as well as radiation. Finally, I completed a full year of trastuzumab infusions and started a five-year course of treatment with an aromatase inhibitor.

Clinically, mine is a success story. My oncologist once told me I was a “textbook” example of how oncologists want chemotherapy to go. I was able to work through most of the treatments, taking a few days off when needed during chemo and two weeks following surgery. I had no unexpected side effects and no cardiac damage. I bought a nice wig that resembled my own hair so closely that many people did not know that I was undergoing cancer treatments until, months later, I revealed my very short, newly regrown hair.

In short, my car was returned to me (minus cancer) with a flurry of pink celebratory certificates of completion from my cancer team.

It wasn’t until I really started driving that car again that I started to appreciate all the things that were different. There were changes to my body and mind that weren’t part of the molecular biology of cancer I had studied or the focus of most cancer research. Gooch worked all through her treatments and recovery; here, she gives an interview about a newly funded grant.

The cytotoxic drugs damaged, perhaps permanently, the nerves in my left foot and hand. In addition to the pins-and-needles sensations and the pain with cold temperatures, my coordination is poor and I have fallen several times. I have Hashimoto thyroiditis, a lesser-known side effect of breast cancer treatments in which your body develops antibodies against your thyroid, preventing the production of thyroid hormones. I take a daily supplement of levothyroxine to prevent the weight gain, hair loss and memory impairment associated with hypothyroidism. The combination of chemotherapy and ongoing treatment with an aromatase inhibitor means that I also manage daily chronic joint pain. Finally, I struggle with aphasia — most often, the image of the item is in my mind, but I simply cannot match a word to it. At other times, the word I choose is simply the wrong one, a particularly unfortunate affliction when lecturing to students. These are part of my new normal.

In the longer term, I am at increased risk of heart disease, osteoporosis, lymphedema and secondary cancers due to my treatment regimen. Not to mention recurrence of breast cancer. One year and 20 days after she was diagnosed, Gooch’s cancer team presented her with pink certificates to mark the completion of her treatment.

And now we come to the sword of Damocles. Statistically, about one in three women diagnosed with stage 1-3 breast cancer will at some point be rediagnosed with stage 4, metastatic disease. And unlike other types of cancer, for the majority of women with breast cancer, there are no markers to detect with a blood test and no regular scans (other than mammography for local recurrence, if a patient still has breasts) once treatments are completed that will detect metastatic disease. Studies have shown that the difference in detection by screening versus a patient experiencing symptoms and seeing his/her doctor is only a matter of months. And the outcome is the same — metastatic breast cancer is treatable but not curable.

As a scientist, I am familiar with the statistics around overall survival of different types and stages of breast cancer. But I am an N of 1. My outcome is binary. Either I am cured of my disease or I will die from it. Living with this uncertainty is not something science or medicine can prepare you for.

I have had a hard time articulating to my doctors both the physical and the mental toll surviving cancer has taken, even though I am certain that many survivors have similar experiences. Complaining might make it seem that I am ungrateful for their life-saving work. After all, the car runs, right?

The American Cancer Society estimates that there are now more than 15 million cancer survivors in the United States, a number that, thankfully, is projected to continue growing. My hope is that, with that growth, survivorship will become a more integrated part of cancer treatment plans — and an increased focus of scientific research.

Jennifer L. Gooch, lives in Atlanta, Georgia, with her husband and three teenage children. She is a senior medical writer at a medical communications company and an adjunct associate professor at Emory University School of Medicine.

Up the creek without a sequence?
Byron Rubin
Disappointed — by cancer
Jennifer DuBois
From the journals: March 2019
John Arnst, Courtney Chandler, Isha Dey & Catherine Goodman
Bridging the gap between research and treatment
Michelle Gumz
From a personal disease to a personal research project
Eleftherios P. Diamandis
I had my ‘crazy’ surgically removed
Theresa Abell