Picking up the slack

I came to work at the American Society for Biochemistry and Molecular Biology about 16 months after Marion Sewer died. When I first heard her name, in connection with an undergraduate scholarship program, I assumed she was a long-gone figure in the society’s history. 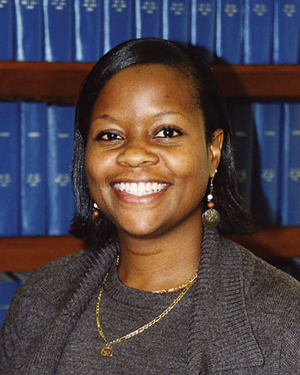 She came into focus when I was putting together an article about the winners of that scholarship and I first saw the photo of her smiling in front of a shelf of heavy books. The photo accompanied Squire Booker’s remembrance of Sewer, which is where I learned that she died suddenly, so suddenly that her last article for this magazine was published days after her death, and that she was only 43 when she died. She remains forever that unlined face with the broad, arresting smile.

Sewer crammed more into her life than most of us can hope to do in twice the time. She was a professor at the Skaggs School of Pharmacy and Pharmaceutical Sciences at the University of California, San Diego. She published more than 44 papers and reviews, 30 of those as an independent investigator, on her work in lipid metabolism and steroid hormone biosynthesis.

Sewer worked hard at her science, but she found time to advocate for a diverse workforce, most notably (to us) as a leader of the ASBMB Minority Affairs Committee. She led research projects in increasing participation among underrepresented minorities and furthering student training. She was, as Booker wrote, “a mover and a shaker and a champion of those young scientists who are in desperate need of role models to affirm that their dreams and aspirations are indeed achievable.”

Sewer was a black woman in science. In an essay about imposter syndrome, she wrote about teachers and mentors disparaging her accomplishments, causing her to doubt herself. I didn’t know her, so I can’t speak to her motivations, but I imagine her work on behalf of minority students was inspired by a desire to counter such experiences.

Members of underrepresented minority groups are often at the helm of efforts to level the playing field. Their experiences inspire them to this work, but these responsibilities are piled on top of the need to, as Sewer wrote, “work twice as hard” as their non-URM colleagues.

That’s a heavy load. I’ll leave it at that.

NOTE: To mark Black History Month, the ASBMB created a timeline highlighting important achievements in the life sciences made by black scientists. You can download the pdf.