ASBMB Today Opinions In need of a new narrative
Diversity

In need of a new narrative 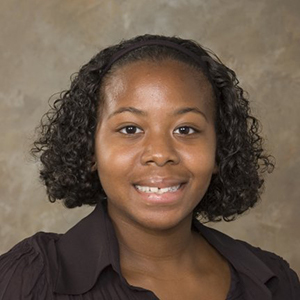 For better or worse, mass media play a role in the depiction of minorities but also in the way minorities define themselves. Perception can be a powerful influence, cultivating the way we think and act toward the world around us. Consider, for instance, how the dismal 2011 Science report revealing the startling disparity in RO1 funding rates between black researchers and their white counterparts and how stories in the media and minority communities rooted in distrust of science and medicine have shaped the context in which minorities view science and minorities in science.

Unfortunately, narratives intended to perpetuate fear for past transgressions, those highlighting health disparities and those regarding minority scientists as exceptional and rare have become the norm. The existing narratives perpetuate the notion that science is 1) perpetrated against them and 2) not for them. This perception has not gone unnoticed among minority scientists. Danielle N. Lee, a scientist involved in outreach and a blogger for Scientific American, classifies these narratives in four groups: disempowerment, disparity, prodigy and overcoming it all.

As a minority and newly minted Ph.D., I question the validity of these narratives and realize that they have detrimental effects on the way we as minorities view and receive science. Therefore, I am committed to changing these perceptions.

The ways in which minority experiences in and with science are defined currently are antiquated and unnecessary. Current news on (human) research geared toward minorities should not be presented in the context of past unethical and discriminatory practices. Focusing on health disparities without addressing strategies to alleviate them does a disservice to minority communities. Choosing to focus primarily on exceptional minority scientists downplays the accomplishments and visibility of the majority of minority researchers. Overall, these narratives instill a negative and limited perception of science within our communities. This results in limited participation by minorities in scientific pursuits and the failure to engage minorities in meaningful dialogue about science that has an impact on their day-to-day lives.

It is time to define new narratives about and to minorities in science. These narratives should shift the consciousness and reporting on science news as it relates to minorities, implement new initiatives to tackle medical issues facing minority communities, and include the perspectives of and bring greater visibility to all minority researchers.

Disempowerment narratives serve as constant reminders that science is yet another means by which minorities have been disenfranchised and exploited.

Notable stories within this narrative include the Tuskegee syphilis study, the U.S. and Guatemalan government-sponsored research involving intentional infection of Guatemalans with sexually transmitted infections, and the North Carolina eugenics program that sterilized people who were deemed unfit to raise children.

The myths surrounding these studies, in particular the Tuskegee experiments, and disregard for the historical and socioeconomic context in which these studies were performed render an unbalanced view to minorities. Further, these stories perpetuate fear and distrust of medical research.

Yes, these studies were conducted. Yes, they were terrible. But in response to these atrocities, the scientific community has enacted policies to protect human subjects, including ethical guidelines on the treatment of subjects, informed consent and oversight by institutional review boards. Therefore, there is no longer a need to present current medical research in the context of these past studies. It is imperative that we restore the trust of minorities, as clinical trials are essential to finding cures for diseases that are predominant in minority communities.

Disparity narratives focus on how individuals from minority groups suffer disproportionately from diseases, access to medical care and so forth. Reports regarding the dismal state of health and healthcare suggest a lack of awareness and regard for health matters within minority communities. This is not a complete or accurate picture of minority health, as it fails to address 1) how intertwined socioeconomic status is with health and 2) what solutions are being put forth to close the gap in health disparities.

Grassroots campaigns in minority communities, such as Black Girls Run, are addressing the obesity epidemic. Black Girls Run is establishing running groups across the country and provides workshops aimed at developing and maintaining healthy lifestyles through exercise and proper diet. These efforts do not get as much press as they should. When I spoke with minorities in my local community, they were unaware that this program exists.

Each year the Minority Affairs Committee of the American Society for Biochemistry and Molecular Biology hosts a health symposium at the Experimental Biology conference. This year, the biology, treatment and challenges of triple-negative breast cancer within minority populations was discussed.

While it is important that scientists understand the progress and limitations of health research, it is more important that those who will benefit from this research understand it as well. I would like to see scientists going into minority communities and hosting these types of symposia.

A prodigy narrative focuses on the success of a young person who accomplishes an unprecedented feat. When he was just 15 years old, Neil deGrasse Tyson was asked to attend Cornell University by renowned astronomer Carl Sagan. However, Tyson chose to attend Harvard University and later earned his doctorate in astrophysics from Columbia University. As the director of the Hayden Planetarium, he made the controversial decision to rename Pluto as a dwarf planet, thus removing its place as the ninth planet in our solar system. When we focus on the accomplishments of scientists such as Tyson, it reinforces that minority scientists are anomalies. This results in science being seen as something that is not for us. Further, it supports the notion that those of us who are not prodigies have become scientists by serendipitous circumstance. In reality, most of us have taken an interest in science from an early age. We have cultivated a pathway to research-based careers by participating in science competitions at the junior level, undertaking science-intensive curricula in high school and college, and participating in undergraduate research. This all culminated in the decision to pursue science at the doctoral level. The Research Spotlight section of the ASBMB website showcases the talents and career accomplishments of minority scientists who, like me, state that the decision to become a scientist was deliberate, conscious and orchestrated.

Overcoming-it-all narratives focus on how we as minorities have overcome insurmountable odds in life to become scientists. This narrative is so pervasive that in 2010 it prompted the U.S. House to pass a bill recognizing the extraordinary number of African-Americans who have overcome significant obstacles to enhance innovation and competitiveness in the field of science in the United States. These stories suggest that we as minorities all struggle. They lend credence to the belief that to be successful one has to struggle. While these stories make for excellent reads, they do not pertain to all minority researchers.

I acknowledge that, in the past, it was difficult for minority scientists to accomplish what they did, and in some cases this still persists today. However, the road to becoming a scientist today is not blocked by as many obstacles as in the past. I am wary of overcoming-it-all narratives, as they keep us rooted in the past and, in a sense, stagnate our growth.

Consciously or unconsciously, internal and external expectations are set low for someone who is perceived to struggle. Therefore, any progress beyond menial expectations is perceived as extraordinary, further feeding into the thought that minority scientists are exceptional and rare.

The need for a new narrative

Media consumers in the U.S. are exposed to more ideas, viewpoints and perspectives than ever before. We as scientists can use this to our advantage. We can keep minority communities abreast of research aimed at decreasing health disparities through blogs and social-networking media. We can host science cafés and collaborate with civic organizations to reach out to minority communities. In particular, we as minority scientists should make a greater effort to engage our communities in scientific dialogue. In this way, we will begin to shed the negative narratives that keep us away from science. I realize that what I am suggesting will take time as well as a change in mindset. I am hopeful that, if we all do our part, we will begin to see positive narratives regarding minorities and science.

Natasha C. Brooks earned her degree in biochemistry and molecular biology from the University of Texas Medical Branch. She currently serves as the postdoctoral representative of the ASBMB Minority Affairs Committee.