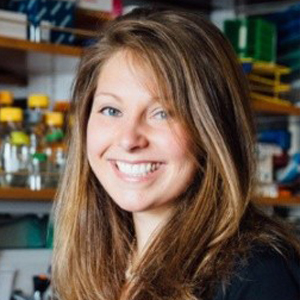 If an airplane cabin loses pressure, oxygen masks will fall from the ceiling. You need to place your mask on yourself before trying to help others.

I became a parent during the final year of my postdoc at Berkeley. Very quickly, I realized that if I did not take care of myself, I was not going to be able to care for my newborn son effectively. The oxygen mask rule is my No. 1 parenting doctrine, and I use it to this day, now with two boys who are 3 and 6: Put on your own oxygen mask first.

For lack of a less vivid metaphor — if the cabin pressure drops, I’m not going to be any help to those around me if I pass out from lack of oxygen.

As an associate professor of biochemistry in a two-career household with young kids, I’ve found that this philosophy serves me well in many facets of life. I can shower daily, even with a baby in the house. I can find 30 minutes to be outside and/or exercise. I can eat regularly, brush my teeth and generally take care of myself. I may not be sleeping much, but that’s what coffee is for. (Kidding.) 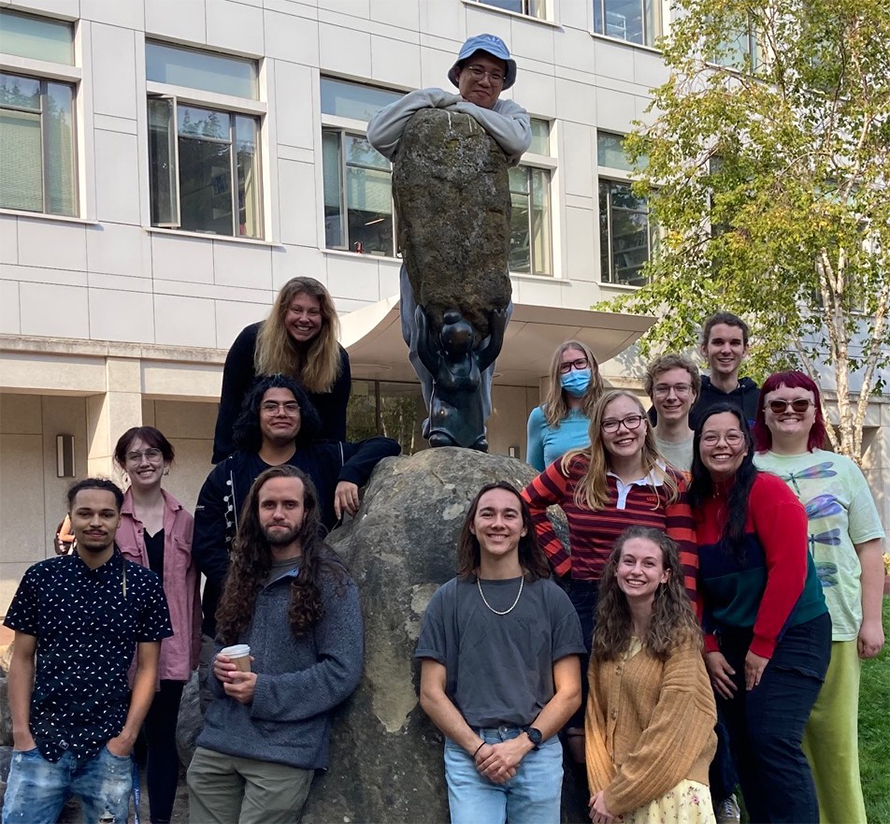 Even if my experiments take an extra couple of days, I am less likely to make careless mistakes from lack of cognitive endurance. I will burn out if I don’t identify and prioritize the aspects of well-being that are important for me.

Reflecting on how I have stayed healthy and balanced in 2022, I realize that I actually adopted the oxygen mask rule professionally long before I began having kids.

Once upon a time, I was an undergraduate physics major and pre-med student. I wasn’t particularly excited about being a physician, but as an 18-year-old who loved science, I didn’t know what else there was to do — something I often see in the undergraduates I teach today. However, early in my junior year, the cracks began to appear.

Exposure to the medical field — for example, experiences shadowing a neurologist and volunteering in the children’s hospital — inevitably brought up hard conversations about mortality, something the atheist in me has always struggled with. At the same time, I was learning about the infinite universe and its laws in my physics courses. I would close my eyes at night and see the vastness of space, feeling small and inconsequential.

After taking a couple of exams on exactly zero sleep, I knew I had to address my mental health to be productive. I was spending my best hours doing biophysics research on bacteriorhodopsin, not shadowing physicians, so I left behind my M.D. goals and shifted to excitement about a Ph.D. 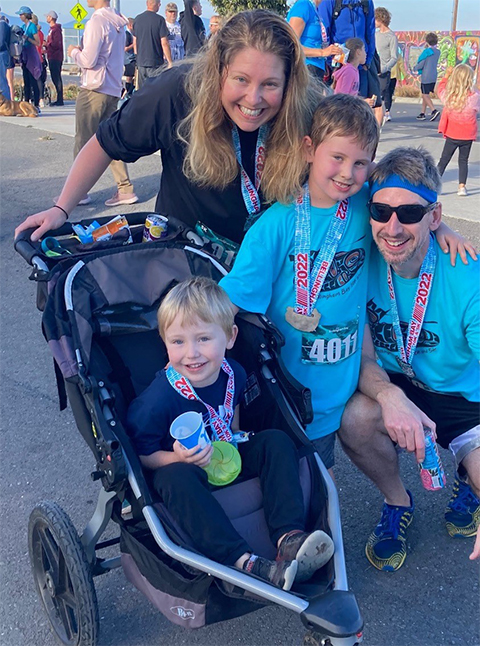 JEANINE AMACHER
Jeanine Amacher and her family at the finish line of a recent 5K race, one day after her older son turned 6.

And I began to make other changes. I realized that I had to study outside of my apartment, creating space between school and home. And to sleep, I needed to exercise daily, stay hydrated and study no later than 6 p.m. Now, more than 15 years later, I still carry a water bottle with me everywhere, and I’m rarely seen wearing anything other than athletic clothes, except when I am teaching. I’ve gone on 27-minute runs before department meetings, where I then sit in the far back corner to create space between my sweat and my colleagues.

I learned to be realistic with myself about what I wanted my life to look like. Early in my postdoc, I realized that while I could work to compete for academic positions at R1 institutions, I was unlikely to find joy in that path. I decided to focus on a career at a primarily undergraduate institution, which combined my interests in teaching, research and mentorship at a level I was excited about.

I fell in love with spinning classes when I was an undergraduate and became a certified instructor during graduate school. I’m writing this essay still glistening from teaching my weekly faculty/staff spinning class.

When I was working toward my graduate degree, a fellow Ph.D. student vocally resisted joining the graduate committee as a student member, saying it would be a waste of time and take away from their research. I’m thankful I followed my gut to join that committee and others. Professional service is now a large component of my reviews. My years of professional development and leadership training have absolutely aided me several times in my personal career trajectory, despite all that time away from the bench.

So here’s my advice for following the oxygen mask rule:

Yes, these things take time, and we are limited to 24 hours in a day. But you will achieve far less if you are unconscious on the airplane floor.

Jeanine Amacher (amachej@wwu.edu) is an assistant professor of biochemistry at Western Washington University and a member of the ASBMB Today editorial advisory board.

Another hill to climb
Kayunta Johnson–Winters
Why I shrank my lab by half
Anne E. Carpenter
Breathing and not breathing
Danielle Guarracino
Silence is not an option
ASBMB Today Staff
On a roll again
Angela Hopp
Finding wellness in the woods
Heather Bisbee