The Pfizer scientist has worked in academia, the nonprofit world and industry

When it comes to experiencing different scientific career sectors, Amit Srivastava has done it all. Well, almost all. He has conducted research in academia, worked as a management consultant and at a large philanthropy, and is now in the biopharmaceutical industry.

Srivastava is currently senior director in vaccines medical and scientific affairs and the lead for COVID-19 and mRNA vaccines in emerging markets (Latin America, Africa & Middle East, Asia and China) for Pfizer. For this week’s column, I talked to him about his current role and how he got there.

Although he has worked in industry for technically only five years, Srivastava has what he described as “industry-associated” jobs for much longer. 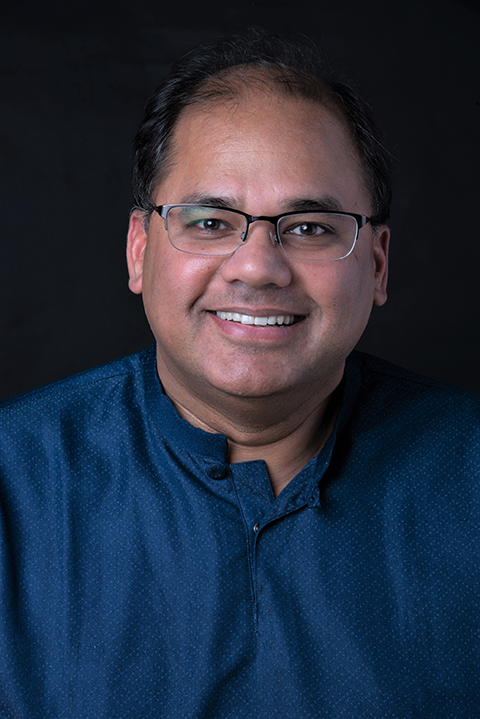 “Learn how to write well,” Pfizer's Amit Srivastava said. “That is the most broadly applicable skill and one that is least appreciated. Learn how to communicate clearly, succinctly and efficiently since so much of communication in jobs is through the written word, for instance during the pandemic when most of the communication shifted to online.”

After earning his bachelor’s in microbiology and master’s in biotechnology in India in 1990 and 1992, respectively, Srivastava completed his Ph.D. in cell biology and genetics at Carnegie Mellon University in Pittsburgh in 1999.

He then worked as a research faculty member at Boston Children’s Hospital and Harvard Medical School for eight years, during which time he studied immune responses to Streptococcus pneumoniae, which can cause bacterial pneumonia and meningitis.

His work at the Boston Children’s Hospital was partially funded by the National Institutes of Health and the Bill & Melinda Gates Foundation and exposed him to projects leading toward a product or therapeutic, one of which was a pneumococcal vaccine.

Making a career switch to gain experience in the business side of the biopharmaceutical and healthcare industry, Srivastava joined the Boston Consulting Group and worked for two years as a management consultant.

In 2014, he moved to the Bill and Melinda Gates Foundation, where he led pneumococcal vaccine development. His job responsibilities included managing clinical programs, developing manufacturing and regulatory strategies for vaccine candidates supported by BMGF, executing epidemiological and vaccine impact studies in Asia and Africa, and developing pneumococcal vaccine introduction strategy for India.

“The most gratifying part of my time at BMGF was seeing one of the vaccines that I worked on being endorsed by the World Health Organization (WHO) for global use in vaccination programs in developing world countries,” he said.

Srivastava joined multinational pharmaceutical and biotechnology company Pfizer three years ago as the medical lead for meningococcal vaccines in North America. Around the time when the COVID1-9 pandemic was recognized in January 2020, he switched his focus to Emerging Markets, including Latin America, Africa, the Middle East, Asia and China and became the medical lead for Meningococcal and COVID-19 vaccination. Starting in June of this year, his efforts were fully focused on COVID-19 and mRNA vaccines.

Srivastava listed some of the key tasks in his role. First, he and his colleagues evaluate the epidemiological evidence of disease and the impact of vaccines to understand how interventions help prevent disease; they may conduct studies to generate these data.

Then, they communicate and explain the scientific and medical data generated by the studies to help countries and ministries of health decide how they want to want to implement the product being studied, in this case specific vaccines, including the Pfizer–BioNTech mRNA COVID-19 vaccine.

Additionally, Srivastava serves as a communication bridge internally between medical and commercial teams to enable timely vaccine development and deployment.

Srivastava told me he was motivated to work on translational science long before he started in industry, partly due to his upbringing in India.

Although much of his work in the academic and nonprofit sectors was focused on translational impact, he chose to move to industry, and specifically Pfizer, to be a part of a fully integrated company that can research, develop and deliver products that directly impact human health.

“Working on a public-health challenge — on something that affects a lot of people — is rewarding,” Srivastava said.

Much of Srivastava’s work has been focused on the development and adoption of vaccines against infectious disease, which are preventative rather than curative treatments. In his experience, it can be hard to make the arguments to health authorities to adopt preventative measures, so there’s a lot of intellectual effort that goes into communicating the predicted impact and benefit — this can be challenging but also mentally stimulating and rewarding.

“There’s a sense of gratification when explaining data to a ministry of health and later watching a vaccine program be implemented and have a positive effect,” he said. “Seeing your individual contribution as the solution crystallizes is rewarding.”

Srivastava noted that while some organizations can be bureaucratic and slow, the translatable impact on human health on a global scale is a major benefit.

Setting yourself up for success in industry

Srivastava emphasized that there are many roles for trained scientists in industry beyond research and development. For example, he said, graduate-level scientific training prepares people for roles related to medical and regulatory affairs and communication, among others.

“People (coming out of grad school) may be demoralized thinking they have a narrow set of skills, and that’s simply not true,” he said. “Recognizing and feeling confident about your skills and communicating them to hiring managers can open opportunities during the hiring process.”

While job titles and responsibilities may seem different than those in academia, Srivastava said, graduate school sufficiently prepares you for a career in industry.

“I don’t ascribe to the idea that you need an MBA or other professional degree on top of your graduate research training to be successful in industry,” he said.

In Srivastava’s experience, the scientific method can be universally applied. Asking a question, doing the background research, developing a hypothesis and the framework to test it, analyzing and communicating the results — all of these steps can be used to build a bridge or develop a new vaccine or treatment, he said. By demonstrating that you understand this way of approaching problems, you’re already well suited for a variety of positions in industry beyond traditional bench research.

That being said, it is important to expand and prove what Srivastava calls your value proposition: the unique skills and expertise you can bring into the position or company you’re applying for.

“Try to not just have research experience. Get adjacent experiences that make you more competitive,” he said. “It’s almost survivalist advice for today’s economy in general where there are fewer truly long-term jobs.”

That adjacent experience could include becoming involved in consulting or biotech-related student groups while in graduate school, participating in project pitch competitions, or other ventures broadly associated with industry. But even less formal experiences, such as attending webinars and seminars to expand your knowledge and skillsets, can help increase your value.

“You never have a job where it’s the lock and your training and degree fit in perfectly like a key,” Srivastava said. “Have confidence in your training, and also try to articulate the breadth of applications you could have in any role.”

Srivastava specifically pointed to communication as a key skill in any role.

“Learn how to write well,” he said. “That is the most broadly applicable skill and one that is least appreciated. Learn how to communicate clearly, succinctly and efficiently since so much of communication in jobs is through the written word, for instance during the pandemic when most of the communication shifted to online.”

Srivastava also recommended thinking not only about how your skills fit with job you’re actively applying for, but also about how you could be of value down the road. How could you use your experience to grow and expand? Thinking about that and being able to communicate your long-term goals could go a long way toward proving to hiring managers that you are a good investment.

Lastly, Srivastava said reframing the way we think about graduate science degrees could help ease some of the stress associated with a career change into or within industry. He said many don’t think of graduate training as professional training for anything other than becoming a professor, but he doesn’t see that as the case.

“Applying the scientific method is so broadly applicable,” he said. “Thinking of your training as professional training and not just scientific training can make the career transition seem more manageable and increase your chances of success.”

In my next column, Srivastava shares what it’s been like to be part of the Pfizer pandemic response and COVID-19 vaccine development team. 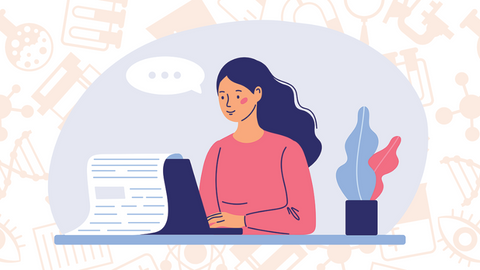 Our academic careers columnist talked to Nathan Vanderford about how to discuss and advocate for the credit you deserve.