In March, hundreds of scientists will gather in scenic Monterey, California, to present their most recent research and chew the fat at the 2022 Deuel Conference on Lipids. 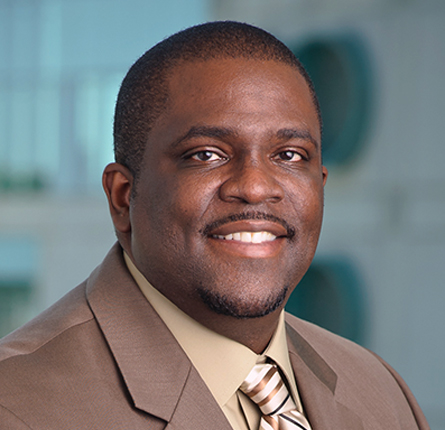 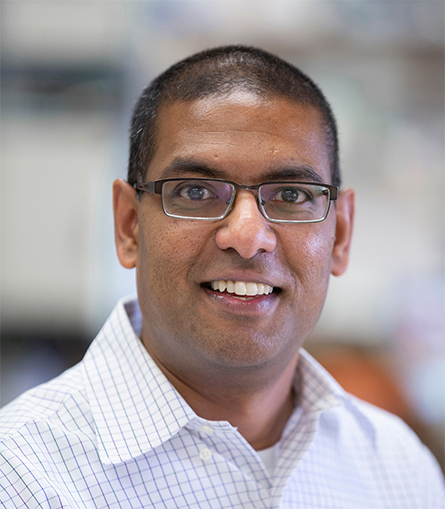 But there’s more to it: “How lipid trafficking impacts cell signaling and metabolism.” The program they’ve designed focuses on place in the cell: the mitochondria, the lysosome, the endoplasmic reticulum.

ASBMB Today talked to the organizers about why they took this organelle-based approach and what they hope speakers and attendees will get out of it.

Russell DeBose–Boyd is a professor of molecular genetics at the University of Texas Southwestern Medical Center at Dallas. (He’s also an associate editor for the American Society for Biochemistry and Molecular Biology’s Journal of Lipid Research.)

Arun Radhakrishnan is an associate professor of molecular genetics at UT Southwestern too. (He’s also an editorial board member for the JLR.)

Though today they run separate labs and their research programs don’t overlap, they both were trained around the same time in the storied UT Southwestern lab run by Nobel laureates Michael Brown and Joseph Goldstein.

“Arun and I are really huge fans of this basic mechanistic biology, which some people find boring — but we really love it. We hope that the meeting reflects how important we feel it is,” DeBose–Boyd said.

The interview has been edited for length, clarity and style.

What is your history with and general impression of Deuel?

Radhakrishnan: I’ve gone to several Deuel meetings. The first time was when I was a postdoctoral fellow in 2009. And I’ve gone several times since then as a faculty member. It’s an intimate meeting where you get to talk with all the people whose papers you’ve read. That was, first and foremost, the biggest draw for me when I was younger. I think the one-on-one interaction you can get with established scientists should be appealing to students, postdocs and early-career scientists.

DeBose–Boyd:I started attending regularly when I was an early faculty member. It’s a small meeting, but it’s still big enough and popular enough that more established investigators will regularly attend even if they’re not presenting a talk. They’re there because they want to go to the meeting.

I think this is a strength of Deuel: Junior investigators can have that up-close interaction with experts in the field. That’s what pulled me to attend the Deuel conference in the past. And then, as my career matured, I looked forward to not only seeing established colleagues but also interacting with incoming junior investigators.

DeBose–Boyd:We wanted to give it a little bit of a different flavor than previous meetings. We wanted to infuse a little more diversity into the program with regard to the scientific topics.

I mentioned earlier that the key thing about Deuel is having leaders in the field present. Well, we don’t want the same leaders presenting every two or three years. We want to bring in new people. We’d love to bring in people who might not have cut their teeth in the lipid metabolism field but have found their way to studying lipids. In many cases, that’s where you get the most exciting, unusual and off-the-wall presentations, and that can spark collaborations that may have otherwise not have happened.

Lipids are everywhere, and they do different functions in various organelles. So that’s where the “location, location, location” theme came from: We wanted to focus each session on a particular set of organelles and really dive into what are the latest new, cool stories that are coming out about various lipids and how their location might influence function and regulation.

We can break it down into the endoplasmic reticulum and mitochondria. We can talk about how lipids are either trafficked or signaled within the cell or between cells. For example, understanding how lysosomes contribute to the uptake and processing of lipids has clinical implications as indicated by findings that dysregulation of the processes in lysosomes can lead to disease.

Radhakrishnan: We know a lot about the enzymes that make lipids that make up membranes and how proteins control the activity of these enzymes. But one of the black boxes of membrane biology is that there are many membranes within the cell, and lipids, despite being insoluble in the cytoplasm, move between these membranes quite efficiently.

For instance, cholesterol is made in the endoplasmic reticulum or acquired through the lysosome, but most of it ends up in the plasma membrane. The cholesterol needs to move from endoplasmic reticulum and lysosomal membranes to the plasma membrane. The same thing goes for other lipids: They’re made in different locations, and they need to be transported to other membranes to get their lipid composition just right and also for signaling purposes.

We don’t know enough about how they move from one membrane to another, and that’s kind of what got us to this location theme. In recent years, we have begun to gain deep insights into the mechanisms of lipid trafficking. We thought it would be great to have a meeting focusing on that aspect and what these new insights are telling us about cell signaling and metabolism.

How is this different from previous years?

DeBose–Boyd: Deuel has always focused on various aspects of lipid metabolism — atherosclerosis, fatty liver disease, the defects in insulin signaling, etc. In this meeting, we did not want to abandon these traditional topics, but we did want to expand the view of the physiological relevance of lipid metabolism. We wanted to have a broad take — not necessarily focusing on a disease.

Arun and I both really love mechanistic biology. We really love to understand how the cell works with regard to lipids. We are interested in how our various lipids are sensed. How does the cell monitor levels of lipids within various organelles? And then how does that lead to regulation of lipid synthesis and metabolism? There’s got to be a machinery within various organelles that knows when the lipid levels are high or low and can respond accordingly. Because in many cases, defects in the sensing can lead to various diseases.

What are some of the sessions that excite you?

DeBose–Boyd: One of the sessions that I think is the epitome of our theme is about a family of transcription factors called the sterol regulatory element-binding proteins, or SREBPs. Arun and I both worked on them when we were postdocs. He still works on that pathway.

But then, taking a step back, you can see that these transcription factors are really key in various diseases. I mentioned fatty liver earlier. In many cases, the fatty liver is due to dysregulation of SREBP. This session is a means to really tell the community: This is the molecular basis whereby dysregulation of these transcription factors can lead to metabolic disorders.

Those are the kinds of things that we want to highlight — the importance of mechanistic biology to physiology.

How did you select your speakers?

Radhakrishnan: We made sure to select the many lipid scientists who are carrying out great research. But we also didn’t just want to rehash the same old speakers over and over again.

Even though those speakers aren’t necessarily lipid biologists, they’re studying something that’s very important to lipid biology. … Those are the kinds of things that we want to highlight by bringing in people who maybe aren’t card-carrying lipid biologists. Because I think it goes both ways: It helps them a lot because they now can make new contacts, but it also helps those in the field by seeing something from a different set of eyes that they may otherwise never have.

How’s it been working together?

Radhakrishnan: Russell is my scientific older brother, if you will. He was already a junior faculty member when I was a postdoc, and I have benefited from his counsel for a long time. It’s been great working with him on this. We’re just down the hall from each other, so that makes it very easy. It has been a lot of fun.

Radhakrishnan: I think it wouldn’t be a stretch to say that this is the premier lipid meeting that’s around right now. So, anybody interested in lipid biology — and especially people who have maybe only thought about it peripherally — this is the meeting they should attend to learn more about lipids.

And hopefully next year in March we will be coming out of this pandemic. It may be one of the first meetings that a lot of people can come to in person. We’re hoping for that. And with the program that we have assembled, we hope a lot of people will attend.

About the Deuel Conference on Lipids

For the better part of the past century, lipid researchers have gathered annually at various lovely locales on the American West Coast to share their research and socialize. Established in 1955, the Deuel Conference on Lipids over the decades has become a must-attend event for leading and emerging lipids investigators in academia and industry.

Usually situated in California, it is considered the longest-standing annual meeting on lipid metabolism in the United States.

The conference was named after one of its founders, Harry J. Deuel Jr., who authored the three-volume text “The Lipids: Their Chemistry and Biochemistry” in the 1950s.

In a brief obituary in the journal Nature, Alastair Campbell Frazer noted that Deuel, who was a Fulbright fellow, “had a wide knowledge and interest in all work in the lipid field, and many will recall happy hours of argument and discussion in which he took a leading part.”

The meeting is led by co-organizers selected by the Deuel board and managed by the American Society for Biochemistry and Molecular Biology. 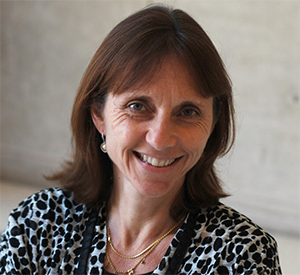