Meet Minakshi Poddar, a research specialist at the University of Pittsburgh

When we think of academic jobs, the gladiatorial fight for professorships often comes to mind. Or the ambiguity of doing postdoc after postdoc. But I've been intrigued recently by academic jobs outside this track. I loved interviewing and writing about microscopy core director Theresa Swayne last year, and I wanted to highlight some more academic paths that don't end in professorships.

So, for this week's academic careers post, I spoke with Minakshi Poddar, a research specialist at the University of Pittsburgh, about leaving the Ph.D. track and finding joy and meaning in a different kind of academic job.

Minakshi has a special place in my own science career: She is the person who taught me how to use a pipette when I was an undergrad at Wesleyan University and had never set foot in a lab before. She was a Ph.D. student at the time, and the teaching assistant for my intro biology lab. To me, she was the epitome of a scientist: There was no question about biology and lab work she couldn't answer, usually bluntly and with a laugh, and no lab problem she couldn't solve. So I was shocked when a few years later she decided to leave her Ph.D. program. I thought, "How can Minakshi leave science? She's so good at it!" 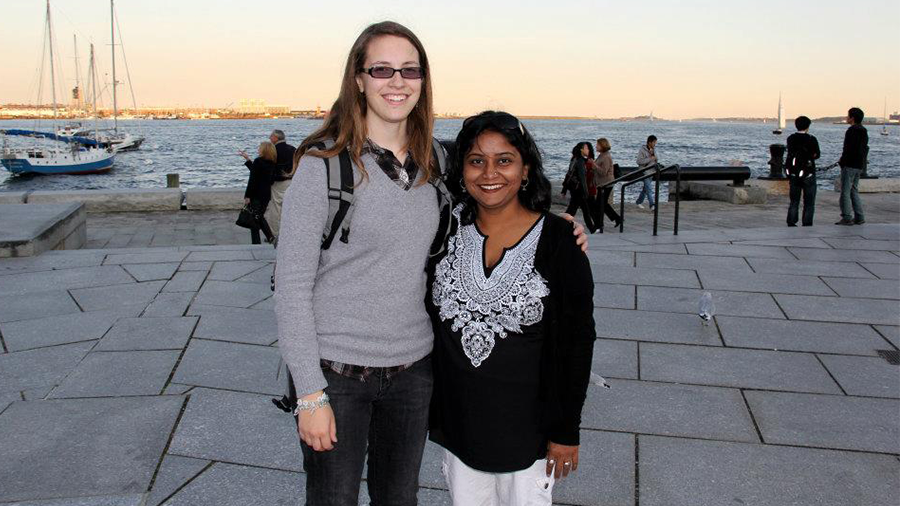 I realized soon, though, that leaving your Ph.D. program doesn’t have to mean leaving science. In Minakshi's case she didn't even leave academia; she received her master's degree and got a job as a research specialist at the University of Pittsburgh.

We have stayed in touch a bit over the years, and recently we spoke on the phone about her career.

As background, when I first met her, Minakshi and her husband were both doing Ph.D.s in Connecticut, she at Wesleyan and he at UConn. When her husband graduated, he got a job in Pittsburgh and moved there. After a while, living apart started to take its toll. She estimated she had about three years left in her Ph.D. program, and the thought of living that many years separate just didn't feel right, especially with their hopes of starting a family.

She described her decision with her characteristic bluntness: "My husband was so far away, and I thought, 'Oh maybe I'll just quit.'" She didn't "just quit," though; she wrote up her master's thesis and stayed about eight more months finishing up the work her committee suggested.

She said she was sad to leave. She had been enjoying her time in her Ph.D. program; those were happy years, and she loved her lab and lab mates. I think she even enjoyed the annoying undergrads like me who would hang around the lab, bothering her with one thing or another. However, after leaving and moving to Pittsburgh, she told me, she had no regrets. "I was happy then, in my PhD, and I am happy now," she said. 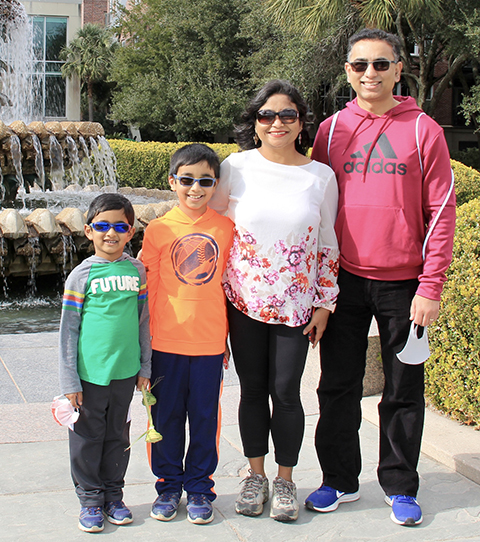 The research specialist job can vary quite a bit from lab to lab. When Minakshi first moved to the University of Pittsburgh, her job was in a small lab. While she liked the research, she said, the job felt too much like technician work (a little heavy on the genotyping) and didn't grab her interest. She then took a job in a different lab, where she ended up doing a lot of cell biology work, which she enjoyed. But the lab ended up moving to Texas. For the past eight years, she's been in a third lab, run by physician Satdarshan (Paul) Singh Monga, and in charge of the mouse strains.

She said she never imagined she'd be working with animals in the lab, but it turns out she is good at it and enjoys it. Her job involves maintaining many different strains, breeding them to make whatever deletion or other strains lab members need, as well as writing and maintaining all animal protocols for the lab. "Do I miss Western blots? No, I'm OK," she said with a little laugh. "I do research in a different way now."

As the animal manager, she said, she's a part of something bigger than just her own work, and that's a good feeling. And her mouse work is essential to the lab. "No one can do anything if I don't make the strains," she explained. Her name is on more than 30 publications, 18 just from her current lab, which speaks to her central role in the labs in which she has worked.

Besides the science, she described enjoying the lab environment itself. This lab matches her personality well. She is an extrovert with a dry sense of humor, and coming into work and having a good community around is important to her. Being in a lab with 40 people is a good match, then. 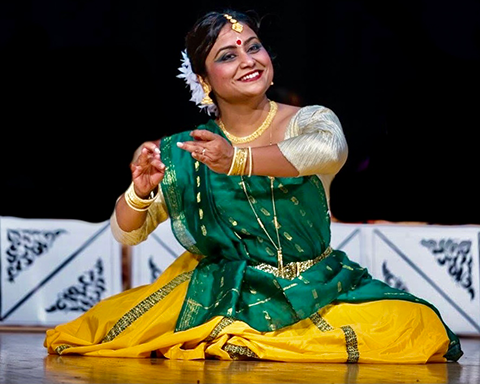 She also said she enjoys being in charge of her own work and her own schedule: "I don't have anyone on top of me telling me 'Do this, do that.'" She's now a mother of two young boys, and needs — especially this year with COVID — to be flexible with her schedule. This job allows that as well. She said her boss is very supportive. As long as she gets the work done, she can change up her hours as she needs to for her kids and the rest of her life. (She dances and choreographs traditional Indian dances as well.)

She told me that she has considered pursuing another degree. After all, university employees get free tuition. But, so far, she has decided against it: "What do I really need another degree for? I'm happy as I am now."

Throughout our conversation, Minakshi echoed a theme that has been popping up in some of my other articles — especially my article about leaving and returning to academia: that it's OK for personal life to guide your career. Sometimes it seems like scientists must be in blind pursuit of the questions that keep them up at night, forsaking everything else. And if you fit that profile, that is great! But if you are more flexible and can find passion in multiple places, it is OK to let your life outside of lab guide your career decisions.

Part of me wants everybody who starts a Ph.D. to finish it. Especially women. I keep hearing the phrase "leaky pipeline" in the back of my head. It refers to how women (and people of color) drop out of the professor track at a higher rate than men. And that is an issue that needs serious work to make right. But I don't want that to diminish the contributions and lives of those who do leave that track. There are just so many ways to contribute to academia and to research in general. A life is so much more than a degree, and academia is so much more than a collection of professors.