A change of plan

How the IMAGE workshop helped me rethink grant writing 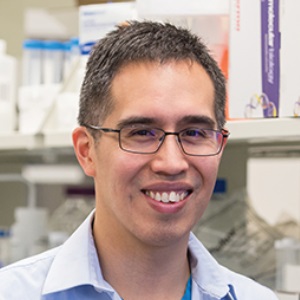 In 2016, I was a second-year assistant professor at Syracuse University planning to submit a grant application to the National Science Foundation’s Faculty Early Career Development Program, known as CAREER. I was working on the structure and function of a little-known protein post-translational modification, or PTM. While the work built on my skills from my postdoc, my lab was struggling with getting the amounts of precursor proteins that we needed, and I was concerned that some of the work would be too incremental.

I had heard of the Interactive Mentoring Activities for Grantsmanship Enhancement, or IMAGE, grant-writing workshop from friends and colleagues, who had told me that participants get 20 minutes to present their NSF or National Institutes of Health grant and then receive feedback from experienced colleagues as well as peers. I thought this was my chance to see if I could sell my science and project.

That spring, two weeks before the CAREER submission deadline, I was on my way to Washington, D.C., for the workshop, leaving my home and family for one of the first times since the birth of our son, Luke, in November 2015. Getting off the Metro and walking into the hotel, I wondered if my application was ready for submission. This was going to be my first big federal grant attempt. I was nervous.

My nervousness started to fade at the IMAGE opening reception. There I was with 30 other new PIs or soon-to-be PIs openly talking about the challenges of the job: getting lab renovations completed, learning the quirks of purchasing supplies and equipment at our respective institutions, teaching our first classes, and writing grants. I was lucky enough to talk to Sonia Flores, one of the mentors of the workshop. I was really touched when she asked about my family, and so I shared photos and videos of Luke’s first laughs and masterful crawling adventures. Sonia was happy to hear about my growing support network at Syracuse University and gave me helpful advice on navigating my tenure-track appointment in two departments (biology and chemistry). I soon realized that the mentors are tremendous people who really care about the success of each attendee.

IMAGE was created in 2013 as a comprehensive workshop targeting underrepresented postdoctoral scientists and assistant professors to provide the tools to succeed in today’s challenging and ever-changing grant climate. At IMAGE, I learned about new PI initiatives from the NSF and NIH such as the National Institute of General Medical Sciences’ Maximizing Investigators’ Research Award for early-stage investigators.

The year I was there, Squire Booker and Sonia led sessions on the art of writing an NIH grant and the importance of getting the flow and language correct for the specific aims page. This is the page that everyone will read, and it really does set the tone for the application. Squire and Sonia emphasized clear and logical presentation of the knowledge gap, project goals, hypotheses and aims. My current mentor at Syracuse University, Sandra Hewett, a Beverly Petterson Bishop professor of neuroscience, emphasizes the same advice.

One of the most eye-opening experiences was a mock grant review panel for NSF and NIH study sections. In this exercise, all the IMAGE attendees were given copies of anonymous sample grants. The mentors and other workshop presenters acted out how the review panels work, discussing each submission and providing critiques, followed by a panel ranking of the grant. They then took questions from the audience. We learned that these panels have a limited amount of time to discuss each grant, so the application must be clear, concise and easy to read. The take-home message: It is worthwhile to read, re-read, and have others read your grant.

Most people come to IMAGE with the intention of submitting a grant within a year, and much of the workshop is devoted to each new or potential PI describing ideas and illustrating a project in 20 minutes and then receiving 10 to 15 minutes of feedback from mentors and peers, who offer advice on hypotheses and experiments as well as alternative approaches. I’ll be honest: It was a nerve-wracking experience but tremendously valuable. Carlos Castañeda in his lab at Syracuse University. After he attended the 2016 IMAGE workshop, his 2017 application for a National Science Foundation CAREER award was recommended for funding.Steve Sartori/Syracuse University

The feedback I received hit on the points I already was concerned about. Everyone in that room could sense my gut feelings about the project. Some said that it was too much of a fishing expedition, that I still needed to find targets of the PTM in biological systems, and I got some great ideas on how to run these experiments. Most importantly, I learned that my gut was right — I was rushing a proposal that wasn’t ready. The mentors in the room reminded me that I still had three chances before tenure to hand in that NSF CAREER proposal.

I decided not to submit my NSF CAREER proposal that year. The feedback I received at the workshop encouraged me to think more deeply about the whys of the project, and it gave me time to reflect on our lab directions. To borrow language from 2018 American Society for Biochemistry and Molecular Biology mentor Karen Fleming, what was my BBQ — my big biological question?

At the 2016 workshop, I also discussed my lab’s other projects with attendees. I got a lot of encouragement, particularly from Irina Bezsonova, a faculty member at the University of Connecticut Health System. Our lab fortuitously had entered the liquid–liquid phase separation, or LLPS, field just as we had completed preliminary experiments that showed that ubiquilin-2 phase separated into protein-containing droplets. Irina told me some of her colleagues also worked on LLPS.

I’m not sure I realized it at the time, but this was networking at its best. I kept in touch with Squire and Sonia as I began looking for mentors in neuroscience, since dysregulation of ubiquilins is implicated in neurodegenerative and neurological disorders. During the next few months, my lab’s LLPS studies with ubiquilin proteins picked up steam, and it became apparent that this would be the project for my NSF CAREER grant. I remembered my Johns Hopkins University graduate adviser, Bertrand García–Moreno, who always encouraged us to “let the data do the talking.” Carlos Castañeda and members of his lab at Syracuse University pose for a group portrait. At left is Castañeda’s 3-year-old son, Luke. In the back row are Yongna Lei, Yiran Yang, Thuy Dao, Castañeda, Brian Martyniak, Tongyin Zheng and Barrington Bucknor. In front are Christine Habjan and Julia Riley.courtesy of Carlos Castañeda

After making my IMAGE presentation and listening to others, I honed my approach to grant writing. I now always focus on the reader. Am I able to draw the reader into the grant? Am I able to explain the aims of my project succinctly? Do I adequately explain the experiments and my expected outcomes? Have I clearly articulated potential pitfalls and how I plan to address those in the grant?

Taking advice from others at the IMAGE workshop, I made an effort to write every day (even if only for 15 to 30 minutes), and I noticed that I could write a compelling story explaining our preliminary findings and hypotheses. Taking Irina’s advice, I read up on LLPS, and I met some of her colleagues at Biophysical Society, ASBMB and Society for Neuroscience meetings. (Today, our lab collaborates with many of them.) The lab was building momentum. I submitted my first NSF CAREER proposal in July 2017, and three months later I got the call from my NSF program officer that it had been recommended for funding. The panel noted the proposal’s good grantsmanship and readability.

I cannot emphasize enough the importance of the IMAGE workshop, especially the contacts I made with peers and mentors. Squire and Sonia were two of the people I emailed soon after I learned that I was receiving an NSF CAREER award.

I attended the IMAGE workshop in 2018, but this time it was to share my story. I continue to learn from the network of mentors at the workshop, especially the importance of protecting your time while writing.

Alaji Bah, an assistant professor at the State University of New York Upstate Medical University, attended last year’s workshop. He said he really valued listening to advice from mentors who are grant reviewers themselves.

This year’s ASBMB IMAGE workshop is June 13–15 in Washington, D.C. Will you be there? Click here to apply.

Carlos Castañeda is an assistant professor of biology and chemistry in the College of Arts and Sciences at Syracuse University. 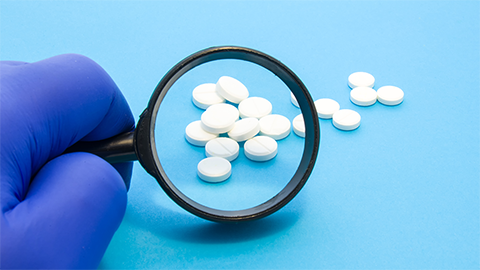 An introduction to regulatory affairs positions in industry

The ASBMB honors an Emory University professor and trailblazer who is passionate about increasing diversity and inclusion in science.

New this week: a fresh crop of lipid talks, virtual event on leading during the COVID-19 crisis, town hall about the future of the American university, a virtual event on using cryo-EM to study GPCRs, and more. 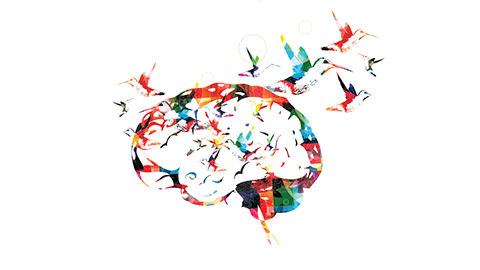 Neurodiversity: How to make your lab more inclusive (part 1)

New this week: an #ASBMB2020 virtual poster session on enzymes and catalysis, two virtual workshops for early-career scientists, a free virtual nutrition conference, and an opening for editor for IUBMB Life.