From their labs to their personal lives, scientists now are addressing wellness and working to raise awareness about mental health issues. Here we offer links to work in this area, including a study on how sleep deprivation can lead to loneliness, an initiative to improve heart health and research on worms under extreme stress.

Out of the dark

Susanna Harris is a graduate student studying microbiology at the University of North Carolina School of Medicine. Last summer, she gave a talk for The Monti, a series of live shows in which guests share personal stories. In her talk, she shared her experience with depression after failing an exam in graduate school and how she came through the other side of what she described as “months of crushing darkness.” Watch her video and follow her on Twitter.

The Monti Video Series: Susanna Harris from The Monti on Vimeo. Researchers funded by the National Institutes of Health investigated the impact that environmental stress can have on the nervous systems of roundworms called Caenorhabditis elegans. A news release from the NIH explained that when C. elegans are exposed to a stressor, such as starvation, they stop developing temporarily and then continue growing after the stressful situation has passed. Researchers studying worms before and after a period of stress concluded that stress rewired the worms’ nervous systems.

Researchers at the University of California, Berkeley, demonstrated that sleep-deprived people not only feel lonelier, but also alienate others. Matthew Walker told Berkeley News: “The less sleep you get, the less you want to socially interact. In turn, other people perceive you as more socially repulsive, further increasing the grave social-isolation impact of sleep loss.” The team used brain imaging, simulations and other tools to measure the social implications of poor sleep.

Julia Omotade, Jamie King and Richard A. Kahn wrote in this magazine in February 2017 that the term “imposter syndrome” is used “to describe the chronic and potentially lifelong feelings of inadequacy and self-doubt that affect performance and professional outcomes.” Have you experienced these feelings in your educational or professional career? If so, you’re not alone and there are ways to overcome them. Elizabeth Cox answers the question “What is imposter syndrome and how can you combat it?” in a TED-Ed animation.

Researchers at the Centers for Disease Control and Prevention and Agency for Healthcare Research and Quality project that there will be about 16.3 million cardiovascular events and upwards of $173.7 billion in hospitalization costs between 2017 and 2021 if interventions in clinical settings and communities are not implemented. For those reasons and others, the CDC and Centers for Medicare & Medicaid Services launded the Million Hearts initiative. The initiative brings together state and federal agencies and private-sector partners to prevent 1 million cardiovascular events by 2022. Read it here. 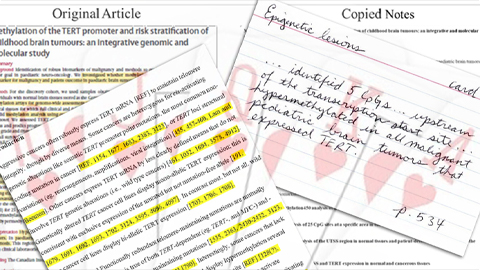