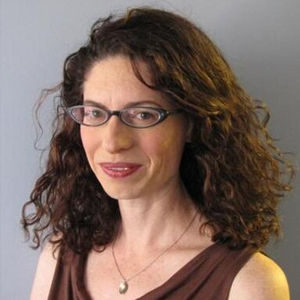 State and county officials used to think bachelor’s and graduate degree students deserved more money than those pursuing two-year associate degrees, but during the pandemic they changed their minds.

Public two-year community colleges achieved a new budgetary milestone in fiscal year 2021 as they reaped 6% more money per student from state and local governments than public four-year institutions did for their regular operating expenses: $9,347 versus $8,859 for each student. That’s a reversal from 2019 when two-year students received 5% less than four-year students. 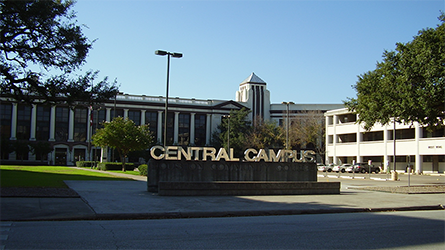 These numbers were supplied by an association of officials who oversee public colleges and universities in their states, called the State Higher Education Executive Officers Association, which released a higher education finance report in June. The funding figures exclude additional state and federal money for university research, agricultural projects, medical schools and

“All public institutions need more funding for operations, but community colleges are particularly reliant on state and local funding,” said Sophia Laderman, who leads research and policy analysis at the association. “Community college students are more likely to be low-income and students of color and this can help close equity gaps.”

Public four-year colleges, by contrast, charge far higher tuition and ultimately spend more than double their state and local funds on their students. Flagship universities attract big donors and can dip into their endowments. “They can still provide a much better education,” said Laderman.

As an aside, I was struck by how much less we as a nation spend on public higher education than we do public school for younger students. Per pupil funding of kindergarten through high school students averaged $15,711 during the 2019-20 school year, according to the most recent data from the Department of Education. Then again, it makes sense for the government to spend more on children’s education which is mandated by the state. College is optional.

Lawmakers have historically funded public four-year institutions that confer bachelor’s and graduate degrees, such as the University of Texas, more generously than two-year colleges, such as Austin Community College, which award associate degrees and educate more than a third of undergraduate students across the country. When the 2008 recession hit, both community colleges and four-year universities alike were hit with big budget cuts.

As the economy recovered, however, state lawmakers restored funding to community colleges, which positioned themselves as places for blue-collar workforce training. In addition to appropriating more money directly to two-year colleges, lawmakers created many new free community college programs and scholarships, which now operate in hundreds of cities and counties and statewide in almost 30 states. By contrast, a conservative backlash against “liberal” academics tamped enthusiasm for funding increases at more elite four-year universities. 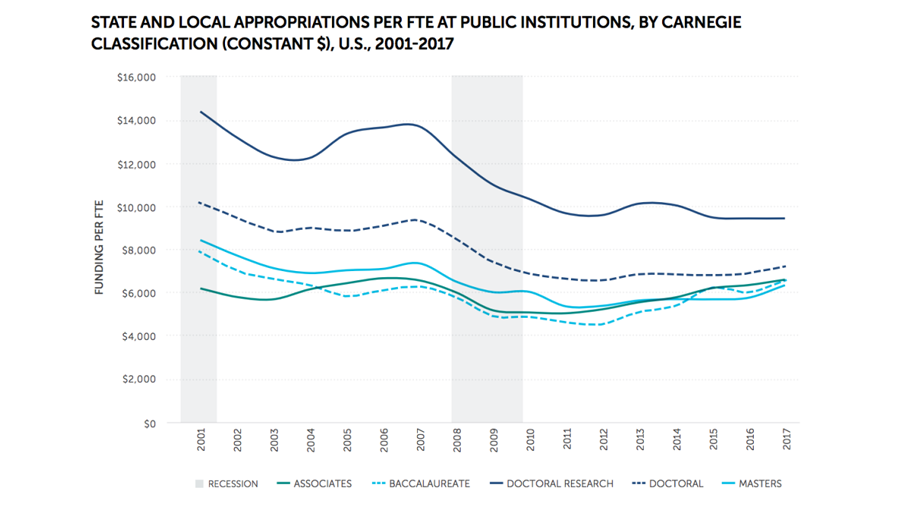 Source: Investigating The Impacts Of State Higher Education Appropriations And Financial Aid, SHEEO, May 2021.
State and local funding for community college students, depicted by the green line, steadily rose since the 2008 recession while funding for students at public universities didn’t rise as much. Funding per FTE means the amount of funds available for each full-time student or its equivalent number of part-time students. The majority of community college students attend part time and, for example, two half-time students would equal one full-time equivalent student.

Ironically, some of the increase in per-student funding was also driven by misfortune. Community colleges hemorrhaged 827,000 students during the pandemic as young adults chose work over school. Some government funding is tied to the numbers of enrolled students but some isn’t. With fewer students, there was more of that untied funding to spread among remaining students.

Laderman cautioned, however, that this aspect of the increase was not a boon for community colleges. They still had to cover many of the same bills as they had before the students left, from faculty salaries to custodians and electricity. Many are struggling financially.

It’s unclear how higher education finance will fare going forward. If a recession hits and unemployed adults return to school, that could increase funds for community colleges. But lawmakers may also be pressured once again to cut funding if tax collections run dry.

This story was produced by The Hechinger Report, a nonprofit, independent news organization focused on inequality and innovation in education.