An experiment in program-based funding 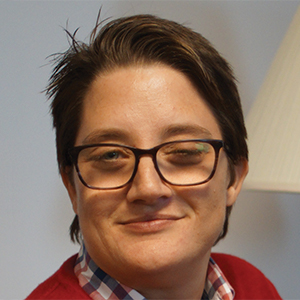 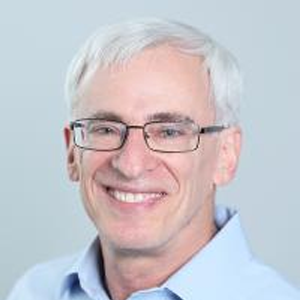 This is an exciting time for biomedical research. Our understanding of basic biological mechanisms is increasing exponentially, propelling innovation across the research landscape. Technological advances in DNA sequencing, imaging, bioinformatics and many other areas are accelerating progress across scientific disciplines and will enable the development of new diagnostic approaches and therapeutic interventions. This is particularly true in neuroscience where, for example, former President Barack Obama’s BRAIN Initiative, announced in 2013, already is generating cutting-edge tools and discoveries. It is critical that funding for biomedical research, which comes primarily from the National Institutes of Health, continue to spur this progress. Our goal at the NIH should be to create a stable and flexible funding environment that allows investigators to pursue bold, creative research.

In the current fiscal climate, achieving this goal will be challenging. For more than a decade, the pool of talented investigators has increased continuously in size, and the number of grant applications submitted to the NIH has grown accordingly. In addition, the NIH budget has not kept pace with inflation. As a result, grant-application success rates have declined significantly. Researchers are struggling to obtain, and then maintain, stable predictable funding for their laboratories. The lack of stable funding makes it almost impossible for principal investigators to plan their scientific goals, lab-personnel needs and other variables.

Current NIH policy has made it somewhat easier for principal investigators launching independent careers to obtain their first R01s. The NIH has stated that success rates for early-stage investigators (those within 10 years of obtaining their terminal degrees) applying for their first R01s should equal approximately the rates for established investigators seeking new R01s. At the NINDS, we achieve this goal by funding most R01 applications from early-stage PIs that have scores within 10 percentage points of our funding pay line.

Although this policy makes it a little easier for new PIs to enter the system, it doesn’t address the issue of funding stability over the duration of an investigator’s career. In an attempt to assemble and maintain a continuous funding stream, PIs spend nearly half their time writing and administrating grants. Despite this, funding in most laboratories waxes and wanes; complete lapses in funding are not uncommon. PIs have less time to do research and interact with members of their laboratories, which adversely affects the quality of research and the training environment. In addition, to renew their NIH grants, which average about four years in length, PIs must generate data and publications quickly. This creates pressure that can lead to less rigorous research and discourage investigators from undertaking more long-term or high-risk projects. Finally, the present hypercompetitive environment takes a heavy toll on PI job satisfaction and discourages many of the best young scientists from pursuing careers in academic research.

The NINDS R35, called the Research Program Award, or RPA, is intended for outstanding investigators with track records of conducting high-impact, high-quality research in neuroscience for at least the past five years. An RPA is a single long-term grant for up to $750,000 direct costs per year for eight years and is designed to fund an investigator’s research program rather than a specific research project. The award should represent the entirety of an investigator’s funding from the NINDS and is intended to allow her or him to spend more time engaging in creative, potentially longer-term projects. The RPA is not intended for new PIs who never have had an R01 grant because, as mentioned above, these PIs currently receive a significant advantage when applying for their first R01s. In exchange for the long-term stability and flexibility provided by the RPA, recipients must commit at least six calendar months of effort to the grant annually, relinquish their other sources of NINDS funding (with limited exceptions), and not apply for additional NINDS grants during the duration of the award (again, with a few exceptions). One important issue we considered when designing the RPA was the potential effect of this new program on the institute’s funding pay line. Our internal modeling suggests that this effect will be relatively small, since the amount of a typical R35 grant is approximately equal to the PI’s previous annual funding.

An RPA application is different from that required for other grants. For example, the research strategy section has no specific aims and is limited to six pages; presenting preliminary data is discouraged. The applicant is asked to describe the importance of his or her previous accomplishments and outline an eight-year vision for the research program. The RPA’s reviewers focus primarily on the investigator’s previous track record and the significance and long-term impact of the research proposed. Reviewers also consider whether the research program will benefit from the flexibility and long-term stability of the R35 award and whether the PI has a demonstrated record of conducting rigorous research.

In response to our July 2015 request for applications, the NINDS received 196 proposals spanning basic, translational and clinical neuroscience. We now have issued the first cohort of RPAs — 30 awards (funded in study-section score order) totaling approximately $25 million per year. The RPA recipients are diverse with respect to gender, career stage, lab size and other parameters. The award rate of the RPA of approximately 15 percent mirrored that of the 2016 NINDS R01 pay line (the 15th percentile). We are encouraged by the large number of exceptional, creative applications and look forward to the discoveries that will emerge from this more stable and flexible funding environment.

So far, the response by the neuroscience community to the RPA has been very positive. However, as mentioned above, the RPA is a pilot experiment. We actively will monitor its success compared to that of the traditional R01 and other funding mechanisms. In this regard, input from the research community is critical. We encourage you to share your thoughts about the program and how it can be improved. We anticipate that the reissued RFA with a few minor changes will be open for new applications this month.

We realize that the RPA cannot solve the problem of an increasing number of investigators competing for insufficient funds. We hope, however, that it will provide a subset of NINDS-funded investigators with increased stability and more freedom to pursue their research.

Anna Taylor is a senior analyst in the division of extramural activities at the National Institute of Neurological Disorders and Stroke.

Bob Finkelstein is the director of the division of extramural activities at the NINDS.