A life devoted to teaching and research

Karlett Parra remembers when she first became interested in academia. "In high school, I graded multiple-choice exams with my aunt," she said. 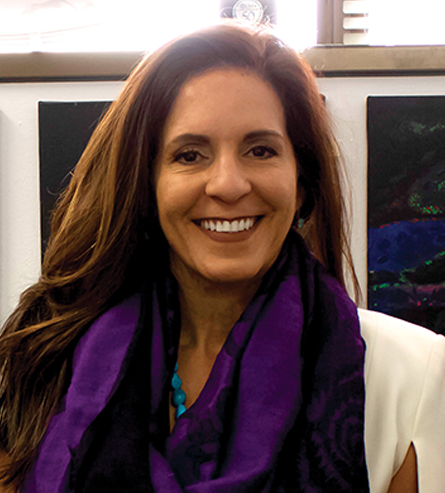 Courtesy of Karlett Parra
Karlett Parra is chair of the biochemistry and molecular biology department
at the University of New Mexico.

Her aunt, Omaira Figueroa, an embryology and histology professor at the Universidad de Carabobo in Venezuela, gave Parra more than tests to grade. "My aunt mentored me for my first research project in high school that made me fall in love with research."

The project involved feeding a vegetable diet to two rabbits (the control group) and a high-fat diet to another two rabbits. The experiment ended quickly when the rabbits on the high-fat diet died, but this project was Parra's first step in her scientific career. "I learned to test a hypothesis, quantify and analyze histology data, and make conclusions," she said.

Figueroa died in 2009. In addition to starting her niece in research, her legacy includes changing the university's curriculum to add research to the didactic bioanalysis program and securing funds to build a bioanalysis education building. The undergraduate research program that she established was named Jornadas de Investigacion en Pregrado Licenciada Omaira Figueroa in her honor.

Born and raised in Caracas, Venezuela, Parra said the rest of her family also noticed her enthusiasm for science and cultivated it from her teenage years. "My parents often reminded me of the value of education and the importance of pursuing a college degree," she said.

While pursuing her bachelor's degree at Simón Bolívar University, she became involved in research. "As an undergraduate, I had my first biochemistry research experience, and it was love at the first sight," she said, adding that the chromatography and Western blotting used to purify and visualize proteins were of great interest. "The fact that I could 'see' a protein fascinated me." 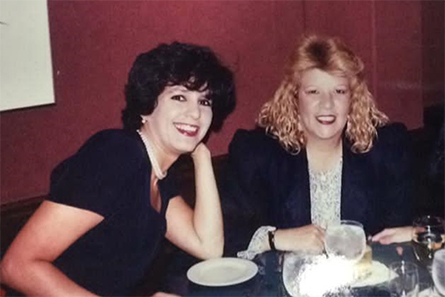 Courtesy of Karlett Parra
Karlett Parra (left) with her aunt, Omaira Figueroa, photographed in 1993 when Parra
was a new graduate student in Syracuse, New York.

In addition to her committed coursework, Parra joined a laboratory so she could conduct research and learn new methods such as purifying mitochondrial F1-ATPase complex from the parasitic nematode Ascaris suum. She remembers working so late at night to isolate proteins and measure the activity of enzymes that her mother had to pick her up after everyone else had left the building. "I loved every moment of working in the research lab," she said.

Parra went on to earn her master's in biochemistry from Simón Bolívar University and decided to pursue a Ph.D. so she could continue doing research. One of her undergraduate professors, Jose Bubis, connected her with scientists he knew in Syracuse, New York. In 1992, Parra moved to the U.S. to start her Ph.D. training in biochemistry and molecular biology at the State University of New York Upstate Medical University in Syracuse under the supervision of Patricia Kane, who became her mentor.

Parra's dissertation research focused on studying the regulation of a conserved ATP-driven proton pump called vacuolar H+-ATPase, or V-ATPase, in yeast. V-ATPase can pump protons across the membranes of mammalian cells; hence, it can acidify the intracellular compartment of cell organelles such as lysosomes and endosomes.

After a short postdoc at SUNY Upstate, Parra taught biology in LeMoyne College and moved to Ball State University in Indiana to take a full-time position as a tenure-track assistant professor in the chemistry department. She enjoyed teaching undergraduates and graduates, but six years later, a career opportunity presented itself at the University of New Mexico School of Medicine in the department of biochemistry and molecular biology.

By this time, Parra was an associate professor, and the new position was for an assistant professor, but she saw it as a challenge and a way to grow in her career. In New Mexico, she would be part of a medical school where her research would have a broader biomedical impact than at BSU, a primarily undergraduate institution. Moreover, she was excited to work with a more diverse student body and research community. 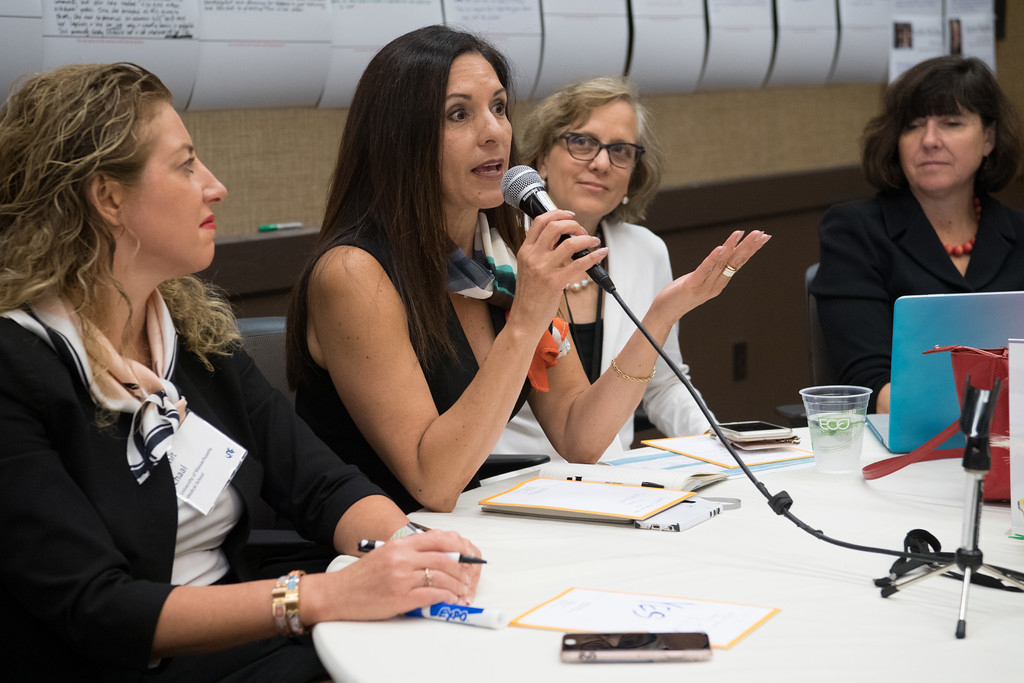 Courtesy of Karlett Parra
Karlett Parra speaking at the Executive Leadership in Academic Medicine Program in 2017.

"Classrooms (at UNM) are composed of mainly underrepresented communities, with about 55% Hispanic population, 6% Native Americans, and the rest a mix of other races," Parra said. "Seeing these students advance in their lab work and coursework is very exciting for me, and I enjoy inspiring them to pursue careers in the life sciences."

Parra has continued her studies of V-ATPase, which plays an important role in many pH-dependent cellular processes. Its function is linked to the understanding and treatment of many disorders, including viral infections, neurodegenerative diseases, diabetes and cancer. For example, in prostate cancer, Parra's lab found that inhibition of V-ATPase affects the hypoxia-inducible factor-1-alpha function and androgen receptor expression, making V-ATPase potentially beneficial in treatment.

Continuing her interest in bioenergetics, Parra studies the communication mechanisms between glycolytic activity and V-ATPase function. "This communication is crucial," she said, "because it allows cells to adjust V-ATPase assembly, activity and membrane distribution during periods of low and high energy demand."

After five years at UNM, Parra was named chair of the biochemistry and molecular biology department — a new challenge that required her to acquire a whole new set of skills. "I am not only managing my lab and my students, but I am responsible for the success of the whole department," she said. "I enjoy working with the junior faculty and seeing their progress to have a positive impact on science education."

Parra admires the late Venezuelan physician–scientist Jacinto Convit, who developed a vaccine for leprosy. In 1988, he was reportedly in the running for the Nobel Prize in physiology or medicine for this work. Parra wishes she could have met Convit and asked about his research. "What were some of the limitations that he overcame?" she wondered. "How did he establish such a successful research program that impacted so many lives considering the very few resources he had at that time?" 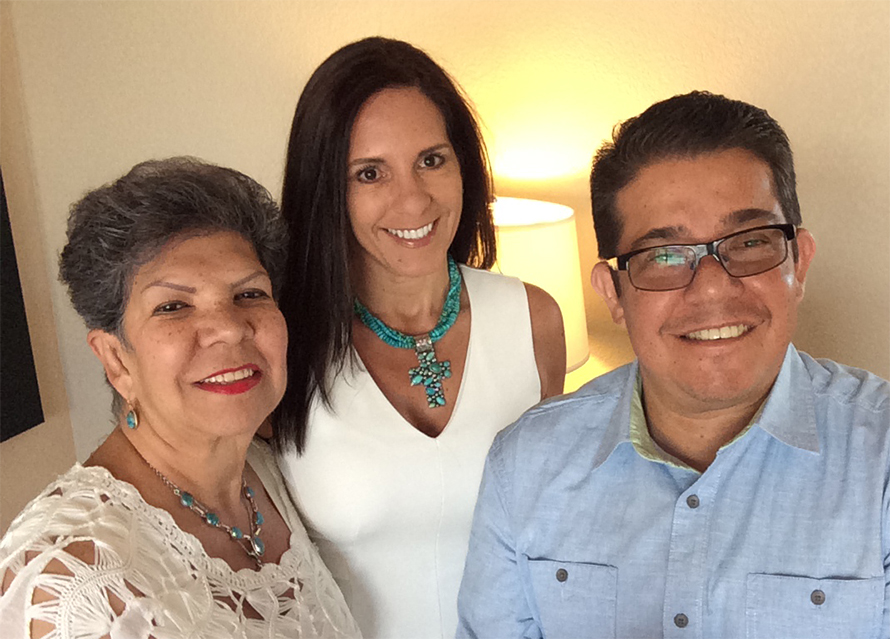 Courtesy of Karlett Parra
Karlett Parra (middle) with her mother, Judith, and her brother, Carlos, who both live near her in Albuquerque.

Since 2007, Parra's family, including her mother, Judith, and her brother, Carlos, have reunited with her in Albuquerque. Outside of work, Parra enjoys hiking, working out and cooking with her family. Her favorite dish to prepare is Spanish paella, and she has a special advantage in the kitchen: "Whenever I have cooking questions, I contact my cousin who is a chef in Florida, or I refer to her cookbook."

Parra also enjoys visiting contemporary and traditional Southwestern art galleries, especially those on Canyon Road in Santa Fe's historic art district. She hopes that one day she will have visited all 300 galleries in the city.

"I love spending my weekends at the galleries," she said, "because it makes me get a fresh perspective when I return to work."

The American Society for Biochemistry and Molecular Biology’s Research Spotlight highlights distinguished biomolecular and biomedical scientists from diverse backgrounds as a way to inspire up-and-coming scientists to pursue careers in the molecular life sciences. Eligible candidates include Ph.D. students, postdoctoral fellows, and new or established faculty and researchers. To nominate a colleague for this feature, contact us at asbmbtoday@asbmb.org.