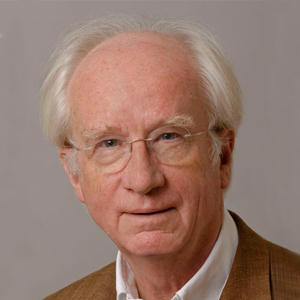 With the death of Edward Charles Slater, “Bill” for friends, biochemistry loses one of the giants of the field of bioenergetics. An excellent biochemist, Slater was also an outstanding mentor and a gifted administrator who turned Biochimica et Biophysica Acta into one of the most influential biochemical journals of the 1960s and ’70s and who contributed to the governance of numerous organizations, including the International Union of Biochemistry and Molecular Biology (1). Slater was born on Jan. 16, 1917, in Melbourne, Australia, where he studied chemistry at Ormond College at the University of Melbourne. Before 1940, it was not possible to get a doctorate in Australia. In 1946, Slater and his wife, Marion, a biologist he had met while working at the Australian Institute of Anatomy during World War II, moved to Cambridge, England.

At Cambridge, Slater started his Ph.D. research with David Keilin, a parasitologist who was famous for discovering the cytochromes of the mitochondrial respiratory chain. Using the Keilin-Hartree heart-muscle preparation, now known to contain fragments of the mitochondrial inner membrane, Slater discovered that the respiratory chain was inhibited by the dithiol di-mercaptopropanol, or BAL, at a new component of the chain (2). Initially called the BAL-labile factor, this component was later dubbed the Slater factor.

After a one-year postdoctoral fellowship in the lab of the future Nobelist Severo Ochoa at New York University, Slater returned to Cambridge for an independent position in David Keilin’s Molteno Institute for Research in Parasitology, where he set up collaborations with several excellent staff members. Studies with dinitrophenol, an uncoupler of oxidative phosphorylation, led Slater to formulate a theory for the coupling of oxidation to phosphorylation that became known as the chemical theory of oxidative phosphorylation (3) to distinguish it from the chemi-osmotic theory formulated in 1961 by Peter Mitchell. The competition between these two theories would dominate bioenergetics in the 1960s (4). Mitchell’s theory eventually would prevail, and he would receive the Nobel Prize.

Slater searched in vain for the chemical high-energy intermediates postulated by the chemical theory of oxidative phosphorylation. Eventually Jan Rosing, Jan Berden and Slater found tightly bound ATP and ADP in the highly purified F1-ATPase-complex. Slater then realized that the high-energy intermediate might be a high-energy state of this complex. A complete form of this conformational hypothesis for ATP synthesis was formulated by Paul Boyer, who received the Nobel Prize for his work.

In 1955, Slater accepted the biochemistry chair of the medical faculty at the University of Amsterdam. The laboratory was housed in a former leper hospital, and the science was in poor shape, but Slater soon assembled a cast of foreign postdoctoral fellows and foreign colleagues coming for sabbaticals, and within a year the first graduate students were recruited. Eventually, the Amsterdam biochemistry department would grow into a super department, serving four faculties — medicine, chemistry, biology and dentistry — that were housed in three different locations in the city. Slater chaired the department supported by seven (associate) professors, mostly recruited from the ranks of his pupils. As biochemistry expanded in the 1960s and ’70s, Slater’s pupils landed chairs in many other Dutch universities.

Eventually Slater became the most influential biochemical scientist in the Netherlands, dominating Dutch biochemistry in the second half of the 20th century. His exceptional talents as a scientist and organizer allowed him to attract the best students, postdocs and colleagues on sabbatical and to inspire and educate them. An ideal role model with high standards, a devotion to well-planned research and deep knowledge of the literature, he did a superb job organizing and running his department.

Once in Amsterdam, Slater increasingly contributed to the organization of biochemistry in the world. He was secretary of the Committee on Biochemical Nomenclature of the International Union of Pure and Applied Chemistry (1959–1964) and contributed in many ways to the running of European Molecular Biology Organization and the European Molecular Biology Laboratory. He chaired the EMBO Fund Committee from 1974 to 1978 and was a longstanding auditor of EMBO. He was president of the EMBL Council and chairman of the organization’s search committee when it selected Lennart Philipson to succeed John Kendrew to be director-general of EMBL.

Slater enjoyed the social side of science. He liked the scientific excitement and camaraderie of scientific meetings and the interaction with colleagues at committee meetings. Hence, it is not surprising that a person of Slater’s scientific stature and managerial qualities would be recruited by the IUBMB for help. In 1964, he became a council member, from 1971 to 1979 he acted as treasurer, in 1985 he became president-elect and from 1988 to 1991 he served as president of the IUBMB. From 1999 to 2000, he served as treasurer for a second time.

To many biochemists, Slater was known as Mr. BBA (5). Under his leadership, BBA grew to become the largest scientific journal in the world and long remained one of the best. Slater continued running BBA until 1982, often together with former pupils and close international colleagues. He remained honorary executive editor and worked for BBA until he was well into his 80s.

Slater’s retirement from the university in 1985 did not end his involvement with science and teaching. He moved to Lymington in the south of Britain and became an honorary professor at the University of Southampton, where he contributed to the teaching of biochemistry and administrative tasks. The university thanked him for his efforts with an honorary doctorate. He also received an honorary doctorate from the University of Bari in Italy in recognition of his contributions to the highly successful Bari-Amsterdam Symposia on Bioenergetics, the first truly European biochemical symposia.

Slater received many other honors during his professional life, such as honorary membership in the British Biochemical Society and four other biochemical societies. He was a fellow of the British Royal Society, a member of the Royal Netherlands Academy of Arts and Sciences, and a foreign member of the academies of science of Argentina, Australia, Belgium and Sweden. In the Netherlands, he received the Royal Dutch Shell Prize, and the Dutch queen made him Knight of the Order of the Dutch Lion, one of the highest distinctions bestowed on scientists in the Netherlands.

Slater was in excellent health until well into his 90s. He skied at his second home in Switzerland until 80, sailed single-handedly on the North Sea until 90, continued writing lucid and interesting overviews of the history of the development of biochemistry, and kept up a lively correspondence with colleagues and former pupils. His last years were difficult: He lost his only daughter to cancer, and his wife became deaf and blind. He leaves behind his wife (100 years old), three grandchildren and his son-in-law. He will be remembered by a wide circle of former colleagues and pupils as a warm friend and unforgettable mentor.

Piet Borst is an emeritus professor of clinical biochemistry and molecular biology at the University of Amsterdam and the former director of research of the Netherlands Cancer Institute in Amsterdam, where he is now a staff member.