Namandjé Bumpus, has been appointed chair of the department of pharmacology and molecular sciences at the Johns Hopkins University School of Medicine after a nationwide search. As director, Bumpus will hold the E.K. Marshall and Thomas H. Maren professorship in pharmacology. She is the first black woman to chair a department at the school of medicine. 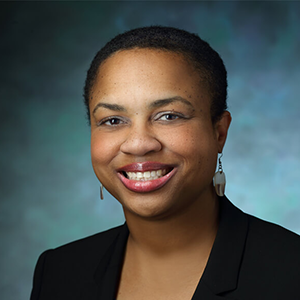 Bumpus joined the Hopkins faculty in 2010, after earning her Ph.D. from the University of Michigan and completing postdoctoral work at the Scripps Research Institute. Since then, she has advanced into leadership roles, becoming the first associate dean of institutional and student equity at Hopkins and then the school of medicine’s associate dean for basic research.

Accolades for Bumpus’s work include a Presidential Early Career Award, invited lectureships at the National Institute of General Medical Sciences and the Congressional Biomedical Research Caucus, and awards from the American Society for Pharmacology and Experimental Therapeutics.

Aviv Regev is leaving the Broad Institute of the Massachusetts Institute for Technology and Harvard University to become Genentech’s research and early development chief in August. She also will be a member of the executive committee for Roche, Genentech’s parent company. 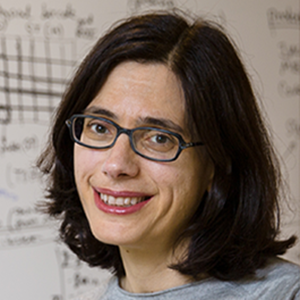 In a statement, Severin Schwan, chief executive officer of Roche, said of Regev’s appointment: “She brings a rare combination of expertise that will help us unlock even more possibilities in data-based drug discovery and development.”

Regev’s lab uses experimental and computational approaches to study molecular circuits governing the function of mammalian cells and tissues in health and disease.

Regev won the American Society for Biochemistry and Molecular Biology’s Earl and Thressa Stadtman Scholar Award in 2014, the same year she became a Howard Hughes Medical Institute investigator. She is also a founding co-chair of the Human Cell Atlas initiative, which aims to map the location and gene expression of all human cell types, and founding director of the Klarman Cell Observatory at the Broad. She was elected to the National Academy of Sciences and won FASEB’s Excellence in Science Mid-Career Investigator Award last year.

She earned her master’s degree and Ph.D. in computational biology at Tel Aviv University. She joined MIT’s biology department as a faculty member and a core member of the Broad in 2006. She has served on advisory boards of several biotechnology and pharmaceutical companies, as well as research centers, institutes and hospitals.

Regev will be based at Genentech’s South San Francisco headquarters. 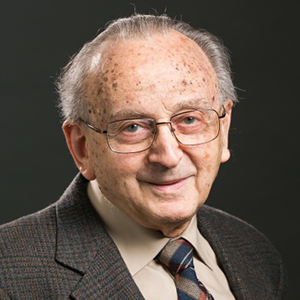 Peter Lengyel, a professor of molecular biophysics and chemistry at Yale University for more than four decades, died April 21. He was 90.

Lengyel was born May 24, 1921 in Budapest, Hungary. He and his parents survived the Holocaust, but many of their relatives perished. He graduated from the Technical University of Budapest in 1951, then served two years in the Hungarian army before returning to his studies. He and his wife Suzanna moved to the U.S. in 1956 after the collapse of the Hungarian uprising against the U.S.S.R., settling in New York City where he pursued his Ph.D. under Severo Ochoa. He did a postdoc with Jacques Monod in Paris and worked briefly on the faculty of New York University before being recruited to Yale in 1965.

According to an article by Robert Forman on the Yale website, Lengyel “was famous at Yale for his tremendous recall, vast knowledge of science and all things cultural, and his meticulous, precise, and fluent lectures delivered without notes, using only chalk and a blackboard to convey the most complex subjects.”

Lengyel’s graduate work on deciphering the genetic code resulted in the correct determination of the nucleotide composition of codons for 18 amino acids. At Yale, his lab was the first to demonstrate that formylMet-tRNA was required for the translation of bacteriophage f2 RNA in a cell-free system. He spent many years studying protein synthesis, the interferon system and the regulation and modulation of cell proliferation and differentiation. Research from his laboratory led to the discovery, of an RNase activated by interferons as a defense against infecting viruses. He also studied the proteins p202, a regulator of transcription, and p204, a modulator of cell proliferation and differentiation.

In 2014, Lengyel retired from the Yale faculty and was named professor emeritus. “His erudition, refined manner, polite friendliness, abundant curiosity, and sincere concern for others were considered to be among his defining features,” Forman wrote.