Patton–Vogt to lead department; Wiley Prize for Rosen; and more

Jana Patton–Vogt will become chair of the biological sciences department at Duquesne University in Pittsburgh in July.

Patton–Vogt, who trained at the University of Kentucky and Carnegie Mellon University, has been a professor at Duquesne since 2001. Her research focuses on phospholipid metabolism in yeast and other fungi, with a focus on glycerophosphodiester transport. 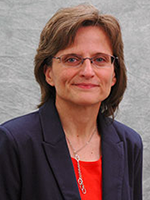 On top of maintaining a research program, Patton–Vogt also teaches three undergraduate courses, advises the university’s student chapter of the ASBMB and serves on the editorial board of the Journal of Biological Chemistry.

“In this department, we want to teach well, we want to do good research, and we always want to improve,” she told student journalists. “I’m looking forward to the challenge.”

Michael Rosen, chairman of the biophysics department at the University of Texas Southwestern Medical Center at Dallas and a Howard Hughes Medical Institute investigator, was one of three scientists recognized with the Wiley Prize in Biomedical Sciences in February. The other awardees are Cliff Brangwynne of Princeton University and Tony Hyman of the Max Planck Institute of Molecular Cell Biology and Genetics. 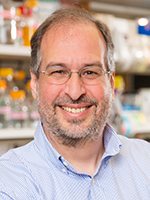 The award recognizes the three investigators’ discovery of liquid–liquid phase-separation as a principle for organizing cellular contents into functional compartments that are not enclosed by lipid bilayers. So-called “biomolecular condensates,” some of which form through phase separation, have been found throughout the cell, with roles in RNA transport and degradation, signal transduction, DNA repair and more functions. Rosen and colleagues have focused on signal transduction mediated through phase separation and on the principles that determine what molecules are included in a phase-separated compartment.

Rosen told the UT Southwestern’s media team, “The award is testament to the hard work and creative insights of the students, postdocs and technicians in my lab over the past decade and the encouragement of our colleagues at UTSW and HHMI. I am grateful to them all for stepping with me into an unexplored area, and taking the risks that ultimately led to our discoveries.”

The prize, which is granted by the charitable foundation of the Wiley publishing company, has a purse of $50,000 and will be presented at The Rockefeller University on April 3, after which the winners will deliver a lecture.

Joseph Krasner, who helped develop a widely used phototherapy treatment for jaundice in newborn babies, died Jan. 3 in his home in Amherst, N.Y. He was 93. 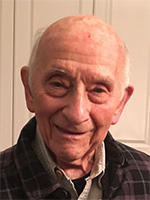 Born in Buffalo, N.Y., in 1926, Krasner was the son of Russian immigrants. In early childhood, he developed a leg infection that required multiple surgeries and left him with a limp.  This also caused him to miss much of his early schooling. He graduated from Buffalo Technical High School in 1948, then went on to earn a bachelor’s degree in biology, a master’s degree in education, a master’s in chemistry and a doctorate in biochemistry, all from the University of Buffalo.

Krasner went to work as a researcher at what was then the Roswell Park Memorial Institute. He then took a position at the Children’s Hospital of Buffalo, where he was part of team of hospital and university researchers who introduced the use of fluorescent lights called bili-lights to get rid of excess bilirubin, a byproduct of the breakdown of red blood cells that can cause jaundice. He returned to Roswell Park, where he did gastroenterology research until he retired in 1992. He co-authored almost 30 scientific papers and gave lectures all over the world. He was a visiting scientist at the Karolinska Institute in Sweden.

He met his wife, Joan Danzig, in 1952, and they were married the next year. She died in 2005. Survivors include two daughters, Susan Krasner and Karin Axner, and two grandsons.