Jason McLellan, a professor of molecular biosciences at the University of Texas, Austin, has received the Edith and Peter O'Donnell Award in Medicine from The Academy of Medicine, Engineering and Science of Texas, or TAMEST. The prize recognizes his contribution to understanding the structure of the SARS-CoV-2 spike protein, which was instrumental to rapid development of vaccines against COVID-19. 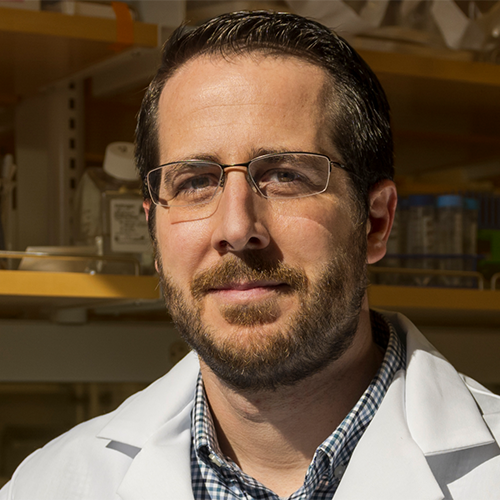 Working quickly after the genome of the new coronavirus was reported in January 2020, McLellan's lab used cryo-electron microscopy to determine the first reported structure of the spike protein. The molecule, like other coronavirus spike proteins, undergoes major conformational shifts. Based on earlier discoveries from his lab, McLellan and his team introduced modifications that would stabilize recombinant forms of the protein in a more useful shape for targeting by the immune system, making vaccines more effective. Pfizer, Moderna, Novavax and Johnson & Johnson all used the stabler modification in developing their vaccines, which target the spike protein. Read more about this research.

McLellan has studied coronaviruses since 2013. His lab is also exploring vaccine candidates to protect against Nipah virus, respiratory syncytial virus, cytomegalovirus, Crimean–Congo hemorrhagic fever virus and others. McLellan earned his Ph.D. at Johns Hopkins University School of Medicine and did postdoctoral research at the National Institutes of Health Vaccine Research Center. He was a faculty member at Dartmouth University for five years before moving to UT Austin.

This recent award, conferred by the state's largest interdisciplinary scientific society, was named in honor of major donors to higher education in Texas. It comes with a $25,000 prize and an award lecture, which McLellan delivered in January. The president of the board of TAMEST said in a statement, "Dr. McLellan's research on stabilizing coronavirus spike proteins has saved countless lives around the world, and we are honored to present him with the 2022 Edith and Peter O'Donnell Award in medicine."

Jeanine Amacher, an assistant professor of biochemistry at Western Washington University, recently joined the journal Protein Science, which is published by the Protein Society, as an associate editor. 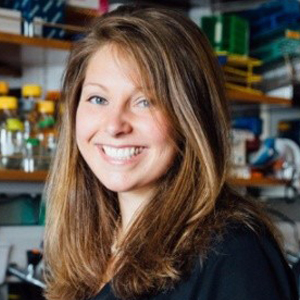 Amacher's research focuses on the structure of peptide binding domains such as PDZ and SH2 domains, domain families with hundreds of members in the human proteome. Her lab is interested in how interactions between residues in the peptide-binding domain and its target peptide encode distinct peptide binding specificity. Her lab also focuses on position-specific selectivity in bacterial sortases, which covalently modify proteins to attach them to the surface of bacteria. Sortases are used in a number of protein engineering applications and are a therapeutic target for gram-positive bacteria.

Amacher earned her Ph.D. at Dartmouth University, where she investigated PDZ domains that regulate the cystic fibrosis transmembrane conductance regulator, or CFTR. She was a postdoc at the University of California, Berkeley studying E3 ubiquitin ligases and tyrosine kinases before joining the faculty at Western Washington University in 2017. She is also a member of the ASBMB Today editorial advisory board.