Gathered on a rooftop in masks, rapping about aerosol particle formation, Finnish physicist Jakub Kubecka and his team won the grand prize in this year’s "Dance your Ph.D." contest. The results of the 2021 competition were announced Wednesday.

The American Association for the Advancement of Science and Science magazine contest, now in its 13th year and with a new corporate sponsor, artificial intelligence company Primer, invited researchers from across the sciences to film a dance video explaining their dissertation research. The winners, selected by a panel of professional dancers and artificial intelligence researchers, will receive cash prizes of up to $2,500.

Where viewers could once expect to see troupes of scientists performing together, this year’s competition looked a little different. Many entries were solo projects, and others involved masked dancers who kept a careful distance from each other. Still, scientists found fun and accessible ways to represent their work in motion: One plant biologist imagined synthesis of terpenes as a tap dancing step – and mutant plants as barefoot dancers unable to make sounds. A researcher studying invertebrate motility covered Ed Sheeran with “Come on now, follow my cantibead.”

Many biologists choreographed dances in which they played the proteins they study. As the caption in a video by entrant Rachel Leicher put it, “What do you do when your Ph.D. advisor gives you a hard project? You become the protein.” 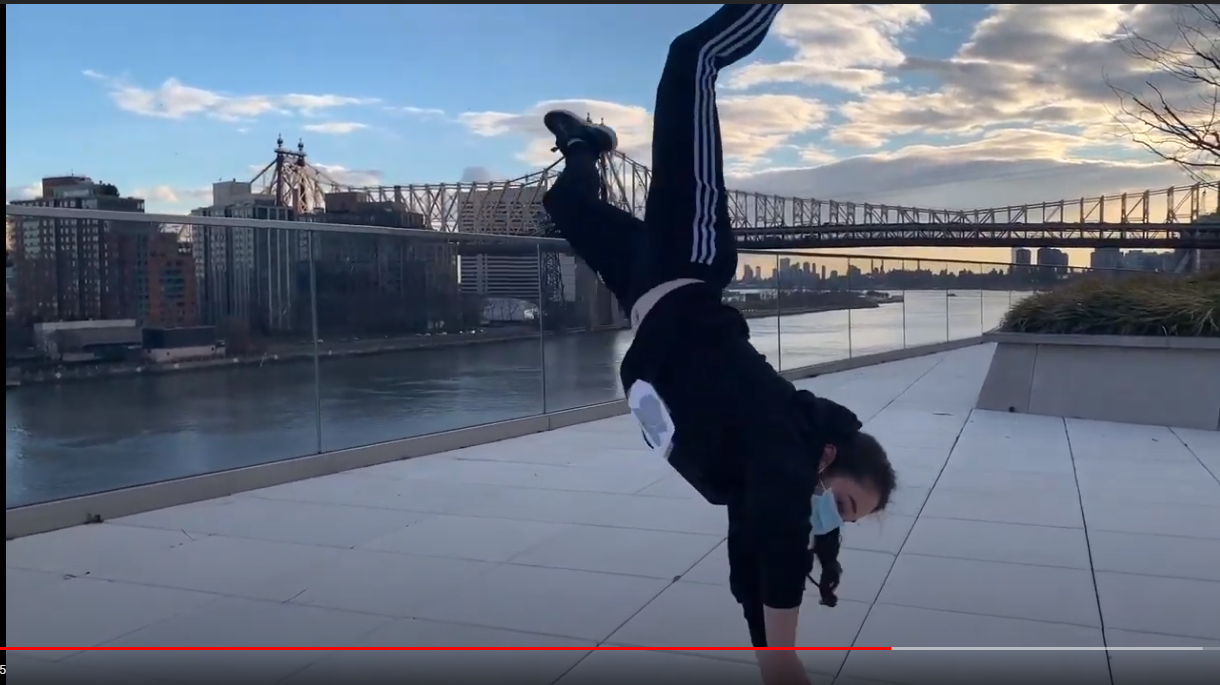 Rachel Leicher/Youtube
Rachel Leicher, a Rockefeller University student, appears in a still from a break-dance video she filmed with lab mates and friends. Leicher studies the polycomb repressive complex, PRC2.

Leicher, a graduate student at Rockefeller University in New York, said she enjoyed watching past "Dance your Ph.D." videos, and had fun choreographing her single-molecule studies of the polycomb repressive complex. One particular challenge was depicting how the complex brings nucleosomes (portrayed by Leicher’s lab mates and friends) into proximity, while observing social distancing requirements. She solved the problem with a break-dancing move that let her sweep her legs toward the other dancers without approaching them.

“Yes, these (proteins) are making contacts with each other, but they’re not covalently bound,” she said. “Not having people physically touching might actually be more realistic.”

Leicher, who will defend her dissertation in the second week of March, said that she plans to use clips from the video in her defense to make the talk more accessible to non-scientists in the audience.

Krishna Zivraj–Nair, a science writer and dance teacher in England, envisioned the protein she studied when she was a graduate student, which is involved in mRNA transport in neurons, as a mother guiding her child on a journey. She cast her son as the mRNA, and her daughter as the resulting protein, in an imagined travel diary filmed at home during the U.K.’s second lockdown. 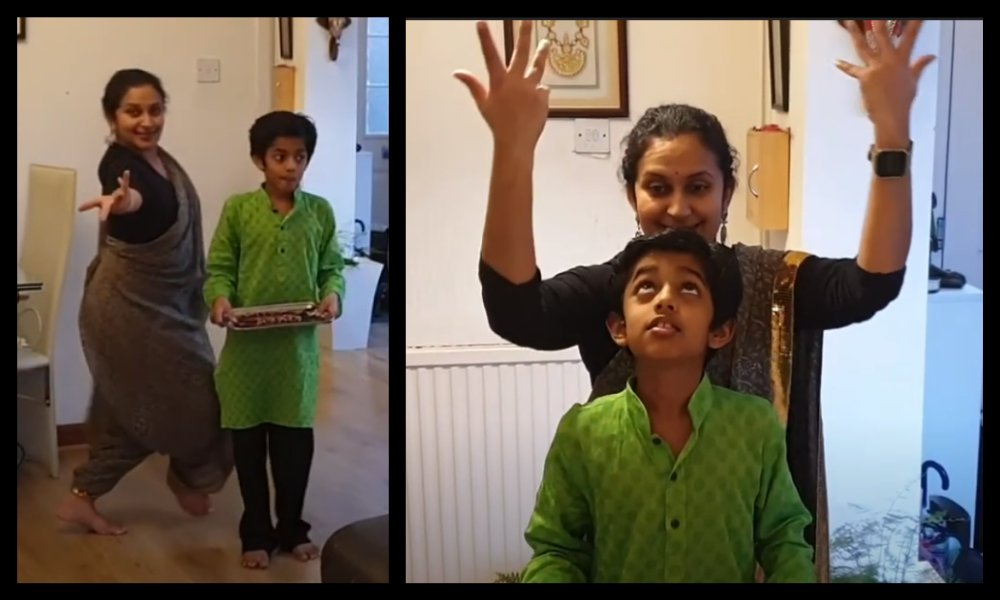 Heather Masson–Forsythe, a graduate student in biophysics at Oregon State University, won the COVID-19 research category with a video about the SARS-CoV-2 nucleocapsid protein, whose structure she studies using nuclear magnetic resonance, or NMR, spectroscopy. Her representation of the protein’s structure and its molecular tumbling in an NMR tube is a highlight of the video.

Masson–Forsythe organized the solo video like a scientific paper, with each section set in a different location and choreographed in a different dance style; for the introduction, she chose ballet, calling it “the basis of all dance,” while she performed the forward-looking future directions section as a hip-hop routine. 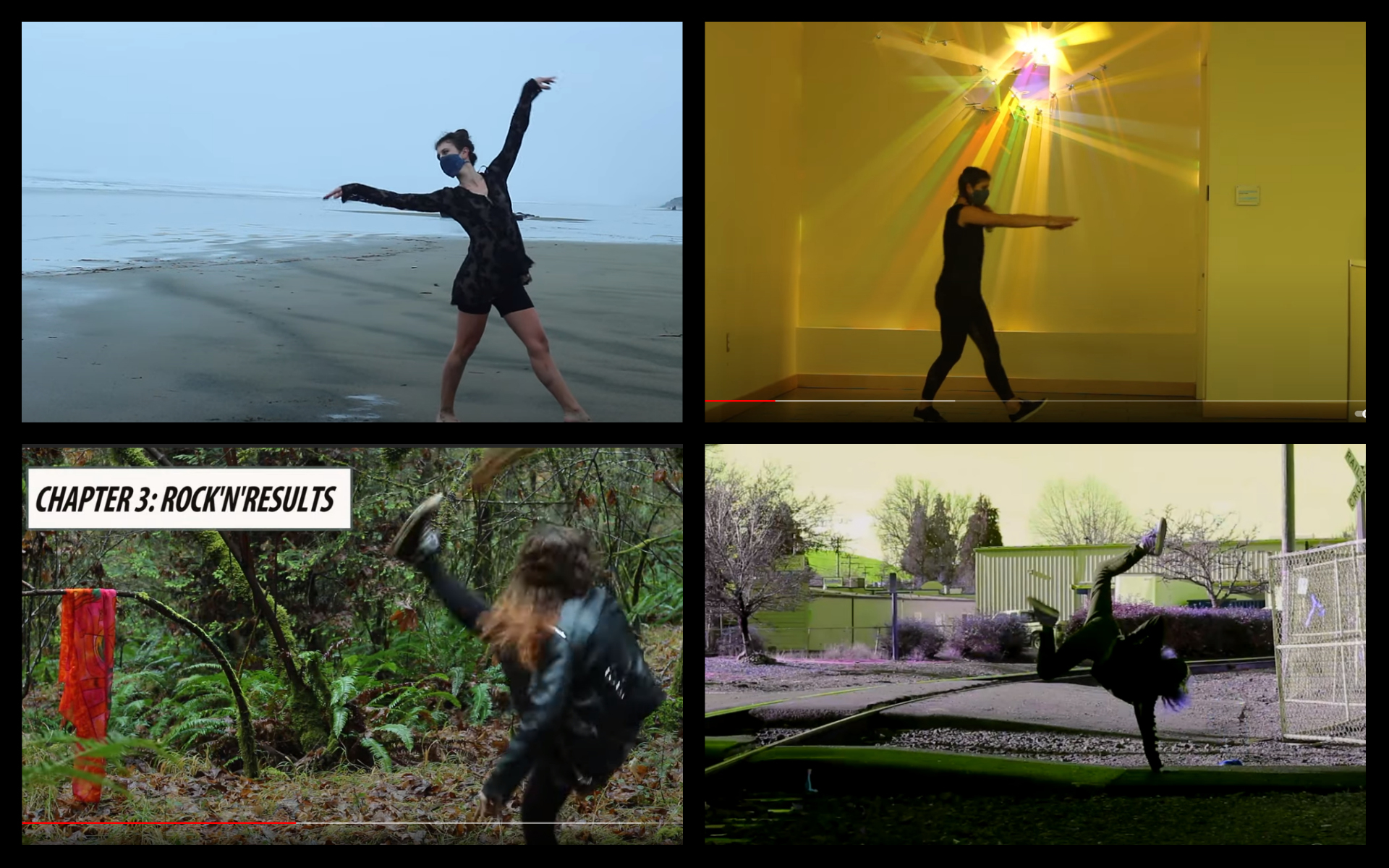 Masson–Forsythe, who also runs a popular TikTok channel aimed at making science fun for teenagers from diverse backgrounds, said the pandemic has made it easier to attract viewers to biochemistry-themed videos.

“That’s kind of an amazing result of a terrible thing,” she said, adding, “People really think it’s delightful to see dancing in the lab.”

Watch the 'Dance your Ph.D.' winners

Social Sciences: Magdalena Dorner–Pau, a postdoctoral researcher at the University of Graz, Austria | “Playful (De)scribers. Examination of Performative Methods for the Promotion of Descriptive Skills of Children In Linguistically Diverse Elementary School Classes Using the Example of Image Description”

Biology: Julienne Fanon, postdoctoral researcher at the University of Le Mans, Paris | “Fragmentation of Plastics: Effect of the Environment and the Nature of the Polymer on the Size and the Shape of Generated Fragments”

A molecular biologist by day and a science artist by night
Martina G. Efeyini
Inspiring the next generation of scientists
Christina Swords
Working as an environmental educator
Elizabeth Stivison
Silence is not an option
ASBMB Today Staff
FASEB and NIH partner on DataWorks! Prize
Emily Ruff
Trolling is taking a toll on science journalism
Lisa Palmer & Silvio Waisbord