When she was a high school senior in her home town of Laurel, Maryland, considering what college to attend, Lauren DeLong was attracted to the welcoming personalities of the students and faculty at Salisbury University on Maryland’s Eastern Shore.

“I emailed professors at Salisbury University to hear about their research,” she said. “Unlike some faculty at other schools that wouldn’t get back to me, the faculty at SU were very responsive.” Lauren DeLong, a senior at Salisbury University and president of the university’s ASBMB student chapter, became interested in biology when she experimented with different strains of wild yeast and their effect on the taste of beer while working in her freshman biology professor’s yeast research lab.COURTESY OF LAUREN DELONG

DeLong had a general interest in the medical field before starting college. While taking an introductory biology course during her freshman year, she got involved in her professor’s yeast research lab and experimented with different strains of wild yeast and their effect on the taste of beer. That experience inspired her to pursue a major in biology.

DeLong also joined Salisbury’s American Society for Biochemistry and Molecular Biology Student Chapter as a freshman after some of the upper-year undergraduate research students and professors told her about the chapter’s journal club meetings, where members discuss major findings in scientific papers.

Journal club turned out to be just one benefit of membership. Among other activities, the chapter has taken field trips to both locations of the J. Craig Venter Institute for genomic and bioinformatics research, in Rockville, Maryland, and La Jolla, California — the latter was a side trip during the 2018 ASBMB annual meeting in San Diego. There, members met Hamilton Smith, winner of the 1978 Nobel Prize in physiology or medicine, toured the labs, and learned about laboratory techniques such as mass spectrometry and MinION nanopore DNA sequencing.

DeLong has continued with the ASBMB Student Chapter, and this year she stepped into the role of chapter president. As a member and now as president, she has focused on science communication and outreach. She encourages outreach by connecting with other organizations such as the student outreach office at Salisbury University, public libraries, and STEM coordinators in local schools. In the past year, the chapter planned five outreach events including scientific workshops where members taught local elementary and middle school students about DNA and showed them how to extract their DNA with a cheek swab.

At first, DeLong found it challenging to communicate science to nonscientists and children during outreach and scientific demonstrations, but she set it as her goal to get better at it.

“In this challenge, we had the biggest learning opportunity,” she said, adding that science communication is crucial because “policy decisions are often made based on nonscientific knowledge, and they impact us.”

As a senior majoring in biology with chemistry and mathematics minors, DeLong is now applying to Ph.D. programs in molecular biology and molecular genetics and also is considering research fellowships abroad. She loves teaching and aspires to become a professor, in part because of her work with the ASBMB Student Chapter.

“It was through science outreach that I discovered how much I want to share my knowledge of science with others,” she said. 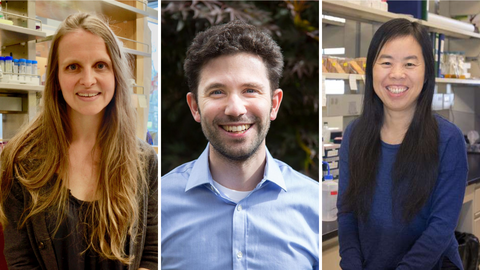 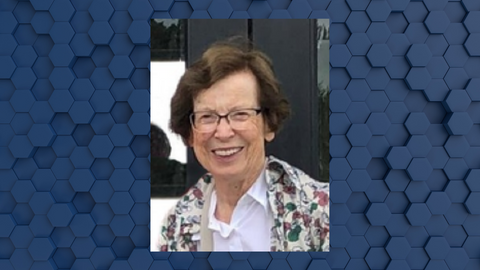