I recognize myself
in some of my students

Teaching biology at a community college 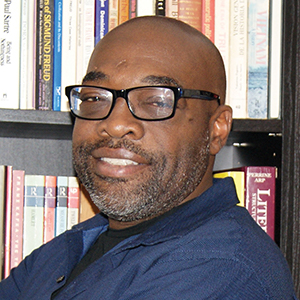 Aubrey Smith advises Keunta Wilson, a pre-nursing student, on a microscope’s iris diaphragm and how to optimize illumination during the lab portion of a principles of biology class at Montgomery College in Maryland where Smith is an associate professor of biology.COURTESY OF FATIMAH AL KHAYYAT The modern community college is a far cry from what it used to be or from what the public perceives it to be. As a member of the faculty at Montgomery College, I teach some underprepared students who need to enroll in developmental courses, but I also encounter persistent, gritty, talented and enthusiastic students who are willing to learn.

I was raised in Port-au-Prince when Haiti was the Pearl of the Caribbean in spite of the infamous Jean-Claude Duvalier dictatorship. After elementary school, I left Haiti to live with relatives in a suburb of Montreal. In North America, I was finally able to see animal and plant species that I had only heard of or read about in books. I had my first ecology course, where students were encouraged to be observant and to write reports about their city’s fauna and flora.

I was fascinated by my first human biology and chemistry courses. As a junior in secondary school, I hung on my chemistry teacher’s every word as he described his master’s thesis on subatomic particles. For a while, I could not hold a conversation without mentioning the charm quark and the strange quark. I even wrote a poem, “La danse de l’univers,” in which I invoked leptons, bosons and gluons; I thought it was a masterpiece, but my French teacher found it incomprehensible. By the time I was a senior, I had developed a strong interest in chemistry. I joined my school’s Quiz Bowl team. One of the coaches, now a politician and member of the National Assembly of Quebec, had a degree in molecular biology. Hearing him describe his research projects and his life in the lab, I decided it would be pretty cool to be a biochemist.

After graduation, I enrolled in a two-year program in pure and applied sciences. I attended university for only one semester before moving to New York City, where I learned English by immersion and eventually earned a B.S. in chemistry. As an undergraduate, I worked on a research project investigating chemically modified insulin derivatives. My PI was an organic chemist who wanted to study the interactions between insulin and its receptor. In the lab, I learned a variety of techniques and gained confidence in my ability to conduct research and present my work at regional and national conferences. I also mentored high school students who joined the lab in the summer.

A call to teach

As a graduate student, I quickly realized that I loved teaching. I truly enjoyed interacting with students in my role as a teaching assistant. I also learned from some of the classroom professors who were able to engage an entire lecture hall. I was pursuing a Ph.D. in biochemistry because I wanted to be at the bench, but I liked being a TA in undergraduate chemistry courses. When I had the opportunity to design, schedule and teach a summer biochemistry course for incoming pharmacy students, that solidified my desire to be a teaching professor.

While in grad school, I was diagnosed with end-stage renal disease, and I had to undergo four-hour hemodialysis treatments three times a week. This did not derail my doctoral studies, but it made me question the compatibility of my medical condition with a research-intensive academic career. After earning my doctorate, I worked in the private sector as a support scientist in the field of biological and chemical hazard prediction. After a successful kidney transplant, I entered the job market and interviewed at primarily undergraduate institutions.

In 2007, I joined the biology department at the Rockville campus of Montgomery College, a multicampus community college in the Maryland suburbs of Washington, D.C. The college serves a diverse student body, and it is home to the nation’s largest engineering transfer program. It is also the only community college with a hospital on campus.

I teach a nonmajors biology course, microbiology and an introductory biology course for students who wish to pursue careers in science, technology, engineering, math, or medicine and allied health professions.

The duties and responsibilities of a community college professor aren’t that different from those of professors at primarily graduate institutions that award bachelor’s degrees. We serve on committees, design curricula, update our teaching practices, keep abreast of new developments in our fields, write grant proposals — and sometimes lament our students’ lack of preparation for midterms.

A few years ago, my colleagues conceived a way for our STEM students to benefit from in-house research experiences. This was a part of our efforts to improve the recruitment and retention of students in STEM majors and to make early exposure to undergraduate research a priority. Thankfully, Montgomery College has made significant investments in STEM by building and planning state-of-the-art facilities in all three campuses.

Our students’ research experience is framed within a course that includes lab work, seminars, journal club presentations and poster presentations at the Montgomery College STEM Undergraduate Research Conference. The college hosted the inaugural Maryland Collegiate STEM conference, an event that has featured the work of undergraduate researchers from community colleges across the state for the past four years.

I recognize myself in some of my classroom and research students. Like them, I attended college part-time and worked full-time or attended college full-time while working part-time, playing on the men’s volleyball team and taking a very long subway ride to and from school. It is rewarding to see students discover their passion and talent for science in much the same way that working in a lab, generating data, independently purifying proteins and presenting my work at conferences gave me the confidence to think beyond an undergraduate degree in chemistry.

When I first walked in to my current dentist’s office, we recognized each other as former teacher and student. I had been his TA in a biochemistry course when he was in dental school. It turns out that, before that, he had been an undecided student at the Rockville campus of Montgomery College, and he drove an ice cream truck to finance his education. I told him that many more at the college were following his footsteps.

Not long ago, I had a conversation with a student in my nonmajors course. She was doing very well, and I asked about her program of study. She told me she hadn’t declared a major and enumerated a number of interests ranging from interior design to early childhood education. I suggested that she should enroll in the introductory course for STEM majors. She did, performed admirably and became a biological sciences student. She excelled in her other STEM courses, worked with me on an original phenotypic complementation research project and received an internship at the J. Craig Venter Institute. She ultimately transferred to a renowned university and received a full scholarship.

Such uplifting accounts are not uncommon, though other stories can be heartbreaking. Thankfully, the faculty and counselors refer our students to appropriate resources when they find themselves in difficult situations.

If you are a teacher at heart and value a decent work-life balance, you certainly will enjoy working at a community college. While not a guarantee of future full-time employment, teaching as an adjunct while in graduate school is crucial. Furthermore, you should enroll in professional development classes that address topics such as active learning techniques, open educational resources and how to engage with underprepared students. You also will not have to give up research, and you likely will be happy to mentor eager and ambitious undergraduates.

Aubrey A. Smith is an associate professor in the department of biology at the Rockville campus of Montgomery College. Follow him on Twitter.

To support or to deny: mentoring or gatekeeping?
Beronda L. Montgomery
5 ways to use hip-hop in the classroom to build better understanding of science
Edmund Adjapong
Challenging science stereotypes with a video game
Ken Hallenbeck
What does a scientist look like?
Dieuwertje J. Kast
How to tell if your college is trans-inclusive
Abbie Goldberg
Connecting chemistry with education
Martina G. Efeyini