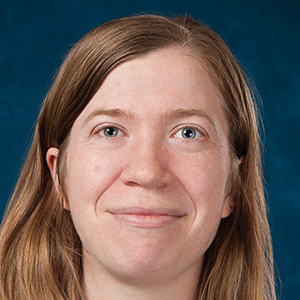 The summer before my senior year of high school, I worked in a developmental genetics lab at Cornell University, where I screened for mutations suppressing the sma-9(cc604) mutation in the nematode Caenorhabditis elegans. My adviser was a brand-new faculty member and optimistic enough to give a chance to a lost and confused high-school student. After the summer ended, I continued to work in the lab. Its culture of learning and questioning filled a need in me.

As these experiments progressed, I remained lost and confused about my life. Research offered escape from a difficult family situation and challenged me on an intellectual level. Although close, research was not the perfect fit. My search had not yet ended.

As a college freshman, I chose music as a major. At age 21, I changed my major to biology. Throughout this time, I continued working in the genetics lab. Before I knew it, I’d put in seven years, a period during which I watched the hard work of an entire lab grind toward a pathway describing cell-fate specification decisions in a C. elegans cell lineage.

Eventually, I graduated with a bachelor’s degree in biology and headed to the wilds of Texas for a Ph.D. program in developmental biology at Baylor College of Medicine. At age 26, crippled with anxiety resulting from an accident, I dropped out of graduate school, leaving research behind. At 29, I entered graduate school again, this time in creative writing at the University of Houston.

At 30, I finally found my vocation: science writing.

In a little while, I’m set to graduate with an MFA in creative writing. During these years, as I wrote my first full draft of a book and started my first science-writing job, I’ve had the time to reflect on my decisions. Some days, when I think about all of the false starts and odd paths I’ve traveled in my life, I wonder how I could have been so lost, so confused, so aimless. On the worst of these days, I cave in to regret about all the time I’ve lost.

Of all my regrets, the biggest one is this: I spent too much of my life wanting to be someone else. Like Cinderella’s ugly stepsisters chopping off their toes to fit into a golden slipper, I chopped off pieces of myself in the hopes of fitting into a profession when instead I should have focused on finding what fit me.

Forcing myself into a mold was exhausting. In a never-ending battle of fear and doubt, I questioned my abilities and the future. In my second year of the developmental biology program, I was hit by a car walking to school. In the aftermath of recovery, as I returned to school, I was forced to confront the reality that I hadn’t found my vocation yet. As a researcher, I was nervous and absentminded, with a habit of going off on tangential literature searches.

Soon enough, I had to sit down and think about who I was and what I loved to do. I loved the rush of analyzing results. I loved learning about new discoveries. I loved thinking about the big picture.

Most of all, I loved hearing stories about science. My favorite classes were the ones where we learned the stories behind the discoveries. Barbara McClintock toiling in obscurity with her rows of corn as she discovered transposable elements. Hilde Mangold performing the tiny, delicate experiments demonstrating the process of embryonic induction only to die in a gas explosion before her results were published.

Even the scientists around me contained a treasure trove of stories. My adviser at Cornell did her postdoctoral fellowship in Andy Fire’s lab during the years when he performed the experiments demonstrating gene silencing could be triggered by tiny snippets of double-stranded RNA. The lab next door to us had published the paper that laid the foundation for this discovery. During my final semester of college, my favorite class, which I renamed “scientist story time,” featured a tag-team of professors that turned each subject into a story about the scientists behind the discovery.

Eventually, I stumbled onto the idea of science writing and found my way to a writing program where I learned to lean into my storytelling impulse. Once that happened, the puzzle pieces fell into place. The doubt and anxiety disappeared, replaced by the confidence that I’d finally found the career that fit.

Rachel Fairbank is a science writer and graduate student in creative writing.