Here are our soothing selections to help you take your mind off COVID-19 and other stressors: J.K. Simmons, badass women, a puppy and more

Every week, we share here what we've been reading, listening to or watching. This week, Managing Editor Comfort Dorn ask specifically for soothing selections. In her note to the staff, she wrote:

"It’s been quite a week. I don’t know about you, but I feel discombobulated — at the very least.Whenever I’m out of sorts (physically, mentally, emotionally, spiritually …), I turn to what is familiar. It can be soothing to listen to a song you know all the words to or eat a meal that tastes like home. In my case, it’s children’s books. I have a few favorites that I pull off the shelf when I want that warm safe feeling: Laura Ingalls Wilder, Joan Aiken, Margery Sharp. They lull me into tranquility. What about you?  When you find yourself in times of trouble, what kind of distraction do you seek?"

Here’s a compilation of our staff’s responses (and a serene shot we found on Unsplash). Enjoy, and feel free to tweet us (@ASBMB) your thoughts. 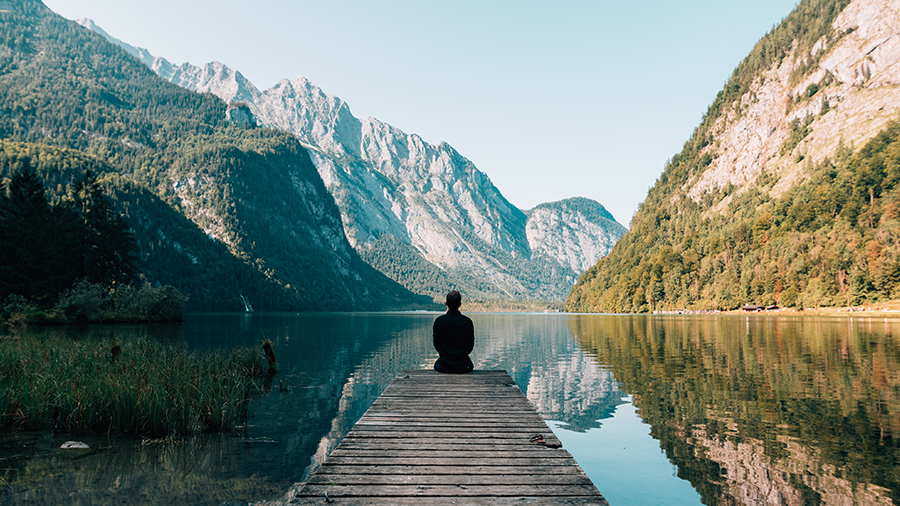 Photo by Simon Migaj on Unsplash

I started watching this show with no other information than a recommendation that it was good. I’m just two episodes in, but so far it is a delightful diversion. I’m not going to tell you about the plot, and you really shouldn’t read anything about it yourself, because that would make it much less fun for you — I promise you will know after the first 20 minutes if you like it or not. I will reveal, however, that this show is a wonderful display of J.K. Simmons’ talents.

This weekend I visited the National Portrait Gallery for the first time, and I was thrilled to recognize Frances Arnold in the entry hallway, among the new acquisitions. If you don’t already know why Frances Arnold is awesome, you can find out about her and 15 other scientific role models in this collection of articles on women entrepreneurs in chemistry from C&EN. Guest editor? Jennifer Doudna.

I just love dogs. I think they’re absolutely wonderful, and I used to volunteer at the Humane Rescue Alliance in Washington, D.C. Spending time with the pups there really helped me through some tough times. Despite all they have been through, the dogs still have so much love left to give. It’s beyond inspiring. I haven’t been able to volunteer recently but look forward to going back some day! I still receive HRA’s magazine, Alliance, each month and really look forward to it. I recently passed “The Cat Issue” on to co-worker here at ASBMB!

For this week’s staff pick, I thought it’d be fitting to share my favorite issue, which features the story of Pascal, a tiny dog with a giant spirit. Read on to see how this little hero, who weighed just 0.86 pounds at 12 weeks old, recovered and brought joy to his new family. Also, if you want to cry, here’s a video.

In times of trouble, or boredom-born musical malaise, I return to Plastic Beach. The third album from Gorillaz — which you may recognize from 2000s hits Feel Good Inc. and Clint Eastwood — was released 10 years ago this week, at just the right time to become the album I listened to the most as an undergraduate. It’s a shimmering, eclectic collection held together by phenomenal guest artists (is that Lou Reed? That’s Lou Reed! And Snoop Dogg??), the songwriting and production skills of Damon Albarn, and the loose concept of letting go as we’re overrun by the detritus of civilization.

The tracks I’m here to recommend aren’t as heavy as that might suggest, though. On Melancholy Hill, the second single from the album, is a dose of pure synthy bliss. Empire Ants, a fixture on every laidback playlist I’ve made since Spotify’s ascent, is an ode to moments of slowness and peace among a rush and a collapse. We may be drowning in figurative and literal garbage, but we can still make moments for beauty.