Fun things to do in Philadelphia 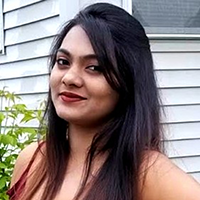 There’s no limit on the fun things to do in Philly. But there are certain places you absolutely shouldn’t miss while you’re there. One of the oldest and most historic cities in the United States, Philadelphia offers a list of must-visit places that make it an ideal tourist destination.

Of course, you’ll be busy at the American Society for Biochemistry and Molecular Biology 2022 Annual Meeting. But be sure to give yourself some time to tour Independence Hall, where the Declaration of Independence and the U.S. Constitution were adopted in 1776 and 1787, respectively. And the Liberty Bell is just across the street.

Philadelphia also boasts some amazing stops for art lovers, including the Rodin Museum. After absorbing all that history and culture, make sure to save room for a classic Philly cheesesteak sandwich and then take a stroll along the waterfront and grab a few classic selfies around town.

Tour the historic site where a nation was conceived.

While the list of historic attractions in Philly is long, Independence Hall, where the Founding Fathers signed the Declaration of Independence, holds monumental significance to the development of the nation and certainly tops the list. It’s on Chestnut Street, between 5th and 6th Streets. 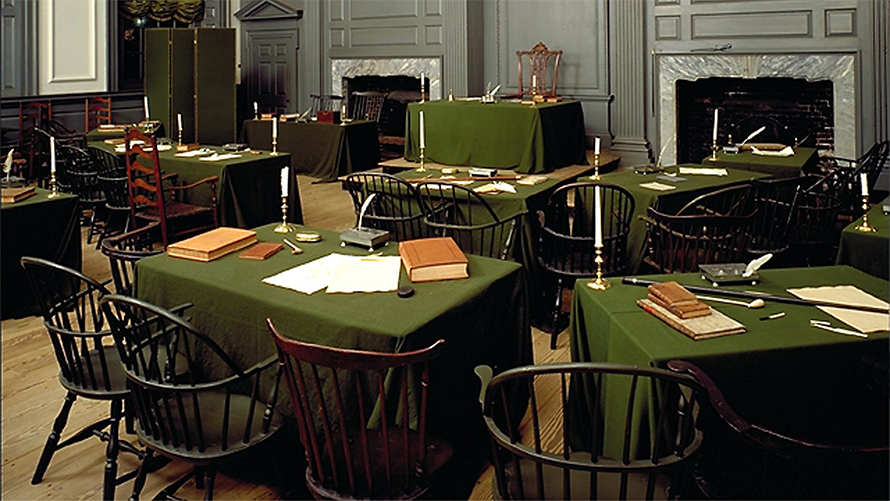 NATIONAL PARK SERVICE
Both the Declaration of Independence and the Constitution were drafted and signed in the Assembly Room in Independence Hall.

Snap a selfie with the quintessential bell of freedom. 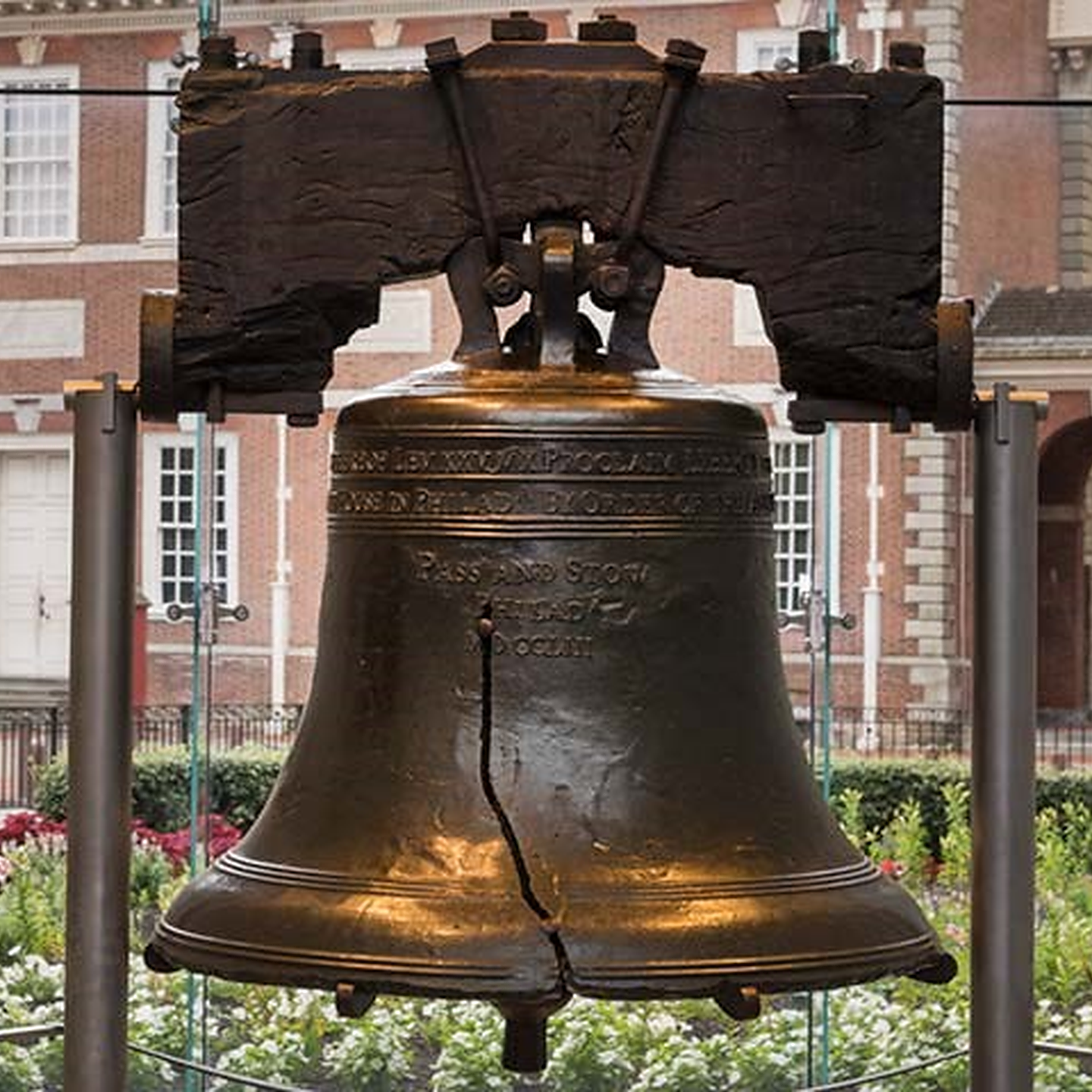 A symbol of the historic past of the United States, the Liberty Bell attracts tourists from around the nation who want to snap a picture in front of the bell that once hung in the steeple of Independence Hall. The 2,080-pound bell, cast in 1752, bears the inscription, “Proclaim LIBERTY Throughout all the Land unto all the Inhabitants Thereof.” It’s at 526 Market Street.

Do your best Rocky impression. 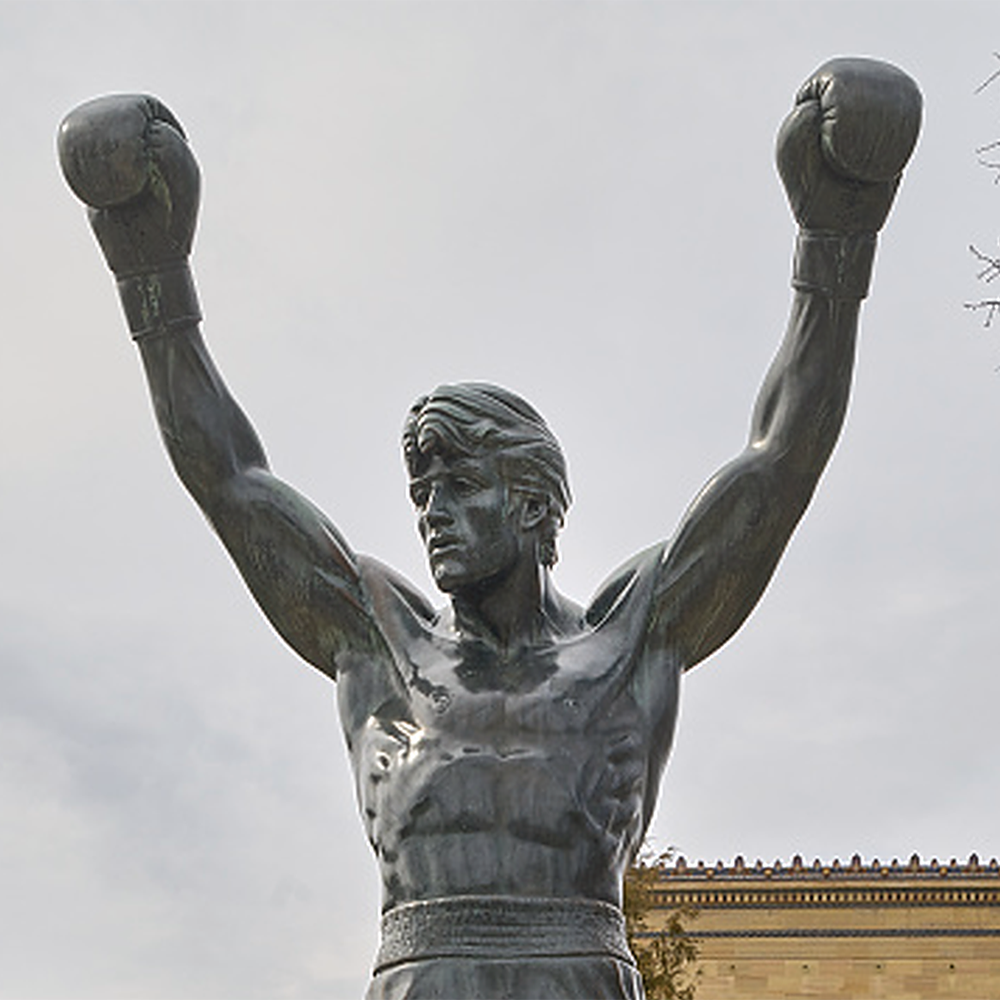 LIBRARY OF CONGRESS
The Rocky Statue is situated northeast of the museum’s steps.

While you’re at the Philadelphia Art Museum, visit the two most famous tourist attractions in Philly and strike a pose at the Rocky Statue and the Rocky Steps, 2600 Benjamin Franklin Parkway at Kelly Drive. Die-hard movie lovers can take a guided tour of the movie locations from the 1976 film that made Silvester Stallone a household name. Don’t forget to bring a pair of comfy shoes.

Experience the calm of the waterfront and watch the tide come in on the Delaware River.

Who doesn’t love a waterfront? Situated atop several floating barges, the Spruce Street Harbor Park is a great stretch for those who need a stroll, a snack or a place to skate. The park looks even more beautiful at night when the light installations glow. It’s at 301 South Columbus Boulevard. 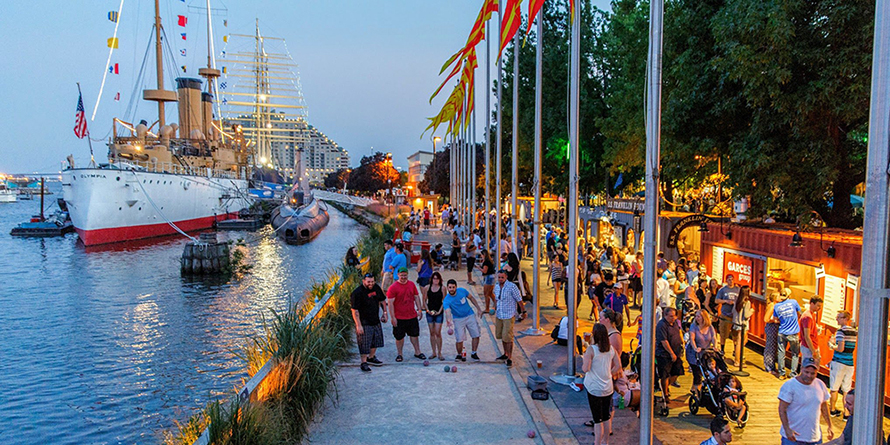 What food is Philly best known for? You guessed it: the Philly Cheesesteak. A loaded sandwich consisting of thinly chopped steak and your choice of cheese, the Philly cheesesteak is inarguably one of the most famous foods in the city — and being gluten-free (or even vegan) won’t slow your roll. Enjoy this classic sandwich at many locations, including the Italian Market at 919 S. 9th Street. More in the mood for fresh fare? Try the sprawling Reading Terminal Market, 51 N. 12th Street, a veritable food bazaar with delicacies from all over the world. 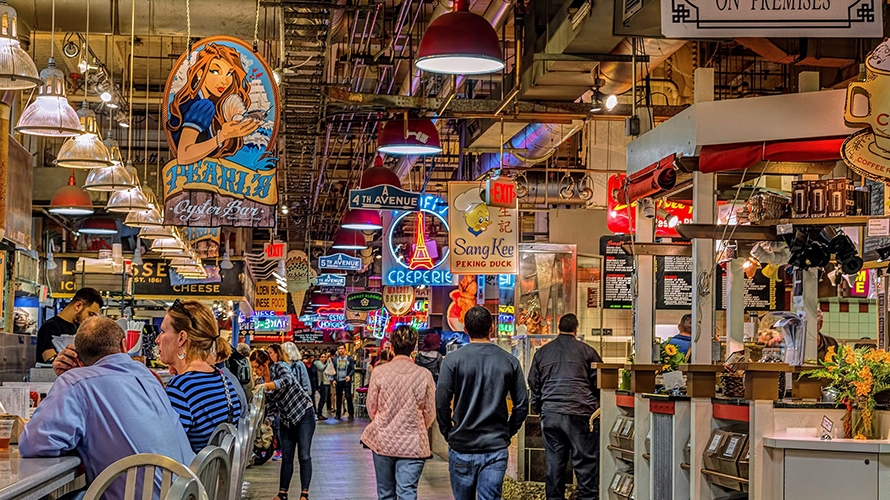 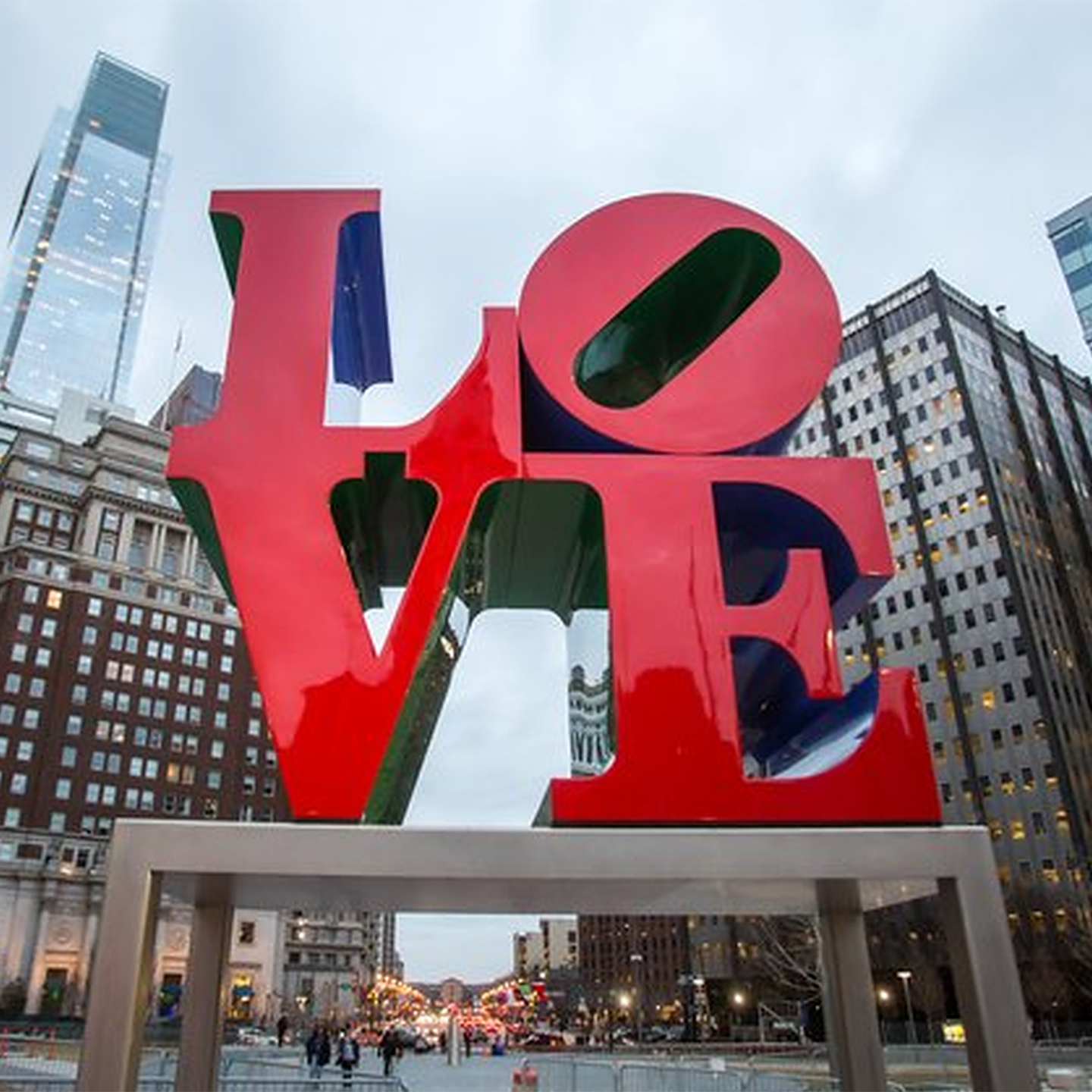 THOM CARROLL/PHILLY VOICE
The LOVE sculpture is in the LOVE Park across the street from City Hall.

After all, Philly is the City of Brotherly Love, and posing in front of Robert Indiana’s photo-worthy LOVE Sculpture in John F. Kennedy Plaza at 15th Street and JFK Boulevard won’t cost you a dime (but might get you more followers on Instagram). While there, don’t forget to check out the beautiful Logan Fountain. Not your aesthetic? Maybe mosey through blocks of the mosaic art environment at Philadelphia’s Magic Gardens at 1020 South Street.

Racheal D’Souza is an associate scientist working on CRISPR, with a strong interest in writing.