At the American Society for Biochemistry and Molecular Biology, we love to read as much as we love to write. We also love to talk about what we’re reading. Our office is always buzzing (either with not-so-hushed voices or the ping of email delivery notifications) as we share the inspiring, emotionally compelling, fascinating or simply funny articles or videos we can’t put down or stop watching/scrolling through. So, we figured, why not keep the conversation going? 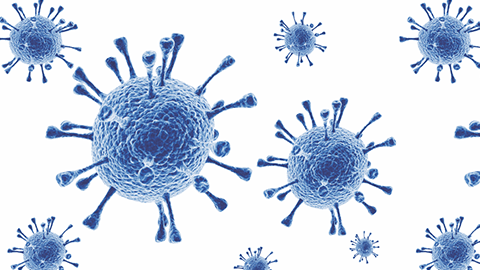 Two of this week’s picks are about infectious disease, so maybe it’s worth mentioning that John Arnst, our science writer, wrote a cover story about challenges to creating a universal flu vaccine and, more recently, about fresh flu research published in ASBMB journals.

Here’s a compilation of what our staff has been reading this week. Enjoy, and feel free to tweet us (@ASBMB) your thoughts.

Pandemic: How to Prevent an Outbreak (Netflix series)

A timely documentary series on how the public health continuum works to keep people healthy and safe from the flu. Insights from researchers, doctors and scientists.

A universal influenza vaccine: How close are we?  (Angel Corona, American Society for Microbiology)

My first job out of college was at a flu vaccine startup, where I acquired my (completely unrelated) fascinations with proteins, biotech and marketing. Naturally, when I saw that Netflix has a new series about preparing for an inevitable flu pandemic (see above), I had to watch. One episode partly focused on a Silicon Valley company working to develop a universal flu vaccine but, disappointingly, didn’t go into detail. If you’re wondering about the strategies for creating a universal flu vaccine, this ASM article has a very informative chart.

This is a novel about a young Jewish girl who arrives in “the land of dreams,” only to be struck by the horrors of being an immigrant in America, literally. She is hit by an ice cream wagon, trampled by the horse and abandoned in the hospital by her own parents. Taken in by the Italian ice cream vendor who injured her, she experiences many changes over the years and later becomes a successful ice cream mogul. The historical accuracy of this book about a young girl growing up in New York City is remarkable.  This is a great read!

I don’t remember how I stumbled on this delightful little nugget, but apparently this is the first song ever written for babies that included scientific testing to be sure that babies really liked it! Adults are allowed to like it too.

At a seaside resort in Italy, mathematicians and computer scientists use algorithms to play with fun problems. From computational origami to 3D optical illusions, I love the sense of play I get from reading this story — and also how the writer underlines the value of this type of research.

Dollars for docs: how industry dollars reached your doctors (ProPublica)

I have more doctors than most. In early 2017, I came down with a rare disease that required me to quickly amass a bunch of specialists. First, a neurologist, then two rheumatologists, followed by multiple radiologists, a pulmonologist, a dermatologist, a surgeon and an endocrinologist. Not to mention all the fine folks at the National Institutes of Health who gave me a million-dollar workup. It takes a lot of brainpower to figure out the best course of action for cases like mine! Over the years, I’ve thought a lot about how these people have collectively monitored and, thankfully, helped me regain my health. But I hadn’t thought much about how their treatment recommendations and offerings might be influenced by pharmaceutical companies and device makers. That is, until I came across ProPublica’s “Dollars for docs” database, which offers a glimpse into that underworld. I was relieved to find out that, in fact, my rheumatologist, who prescribes my most expensive medications, has received only $15 in food and drinks from the drug maker. I’ve always thought she was a good egg. If you have a doctor in your life, I encourage you to give the database a look. I hope you’re not disappointed.

Your guide to not getting murdered in a quaint English village   (Maureen Johnson, CrimeReads)

Are you old enough to remember The Avengers? No, not the superhero franchise. This British TV series brought us John Steed (bowler hat, carnation, walking stick) and Emma Peel (catsuits, go-go boots) investigating crimes in swinging 1960s England. In one of my favorite episodes, Mrs. Peel ends up in the twee country village of Little Storping, where all the residents are assassins for hire. I thought of that when I was reading this hilarious listicle in CrimeReads.  That’s all I’m going to say, except the only thing that made me laugh more this week was the large boulder, small boulder Twitter thread.