Questioning the impact of role models 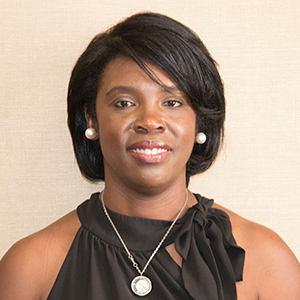 Several years ago, I worked with a colleague on an approach to teaching general chemistry that used medicinal models to illustrate common concepts. This approach worked well for students because it made the material relevant and allowed us to reference neuroscience, chemistry and biology. The main issue I encountered with the approach was a lack of resources for teaching coupled with my own limited ability to describe certain phenomena – like drug-receptor interactions – in lay terms. To help, a trusted mentor recommended the book “Molecules of Emotion” by neuroscientist and pharmacologist Candace Pert and cited its scientific accuracy and use of analogies. The mentor was right about the book. It proved a useful teaching aid. But it turned out to be much more than that. Pert discovered the opioid receptor in 1973, which ultimately led to her principal investigator’s receipt of the Albert Laskar Award in 1978. From Pert’s point of view, her gender and student status kept her from being cited or recognized for her experimental contributions. The book goes on to describe Pert’s successful career both in neuropharmacology and in the science of psychosomatic medicine while painting a balanced picture of the gender biases encountered along the way. This great read now has become a notable addition to my library and a source of inspiration.

One would think that — unlike 40 years ago, when Pert was a young scientist — the presence of successful female scientists would convince girls that science research is a feasible career option. Reports by Diane Halpern at the Keck Graduate Institute and colleagues suggest that teachers now regularly expose their students to positive role models in science, technology, engineering and math through case studies, biographies and classroom visits. Having visible role models from a variety of ethnic, racial and socioeconomic backgrounds sends the message that STEM fields are composed of all kinds of people. These efforts are designed to address gendered and ethnic norms (although some suggest that the ethnicity of the role model may not matter). It turns out that these approaches may work best for those who are already on the path to a STEM career.

Similar efforts with younger groups may not have the same impact. Denise Sekaquaptewa’s group at the University of Michigan posits that female role models also can deter a young girl’s interest in pursuing a science or math career. Their work suggests that, because the role models were viewed as having violated gender stereotypes, middle-school students in the study became both less interested and less confident in their STEM abilities. I imagine that these same principles would apply to underrepresented minority role models. There is often a perception that one must change one’s outward behavior, or shift, in order to navigate cultures where one is in the minority.

There is also a message implicit in our attempts to broaden participation and interest in STEM. A listener who’s already on the STEM track likely would receive the idea that the sciences want more ethnic and gender diversity as an indication that the fields welcome all who have the interest and curiosity to excel. A listener undecided about a STEM track, on the other hand, could receive an unintentioned message that the target groups should expect a unique set of obstacles. This certainly could provide another explanation for why female role models demotivated the middle-school girls in the University of Michigan study.

Mary Murphy at Indiana University has additional data suggesting that the perception they will be outnumbered by men can lower women’s motivation to enter and participate in male-dominated science settings.

With all of the active efforts to highlight the significance of scientists as both role models and key contributors to discovery, the best means of successfully attracting and retaining women and minorities in STEM careers remains unclear. The National Student Clearinghouse reports that only 12 percent of the 2014 bachelor’s degree recipients were women majoring in experimental science or engineering (that is compared with 26 percent for men).

Stereotypes about science and scientists strongly influence our plans and profiles. Anecdotally, most pre- and early teens, including women and underrepresented minorities with an acumen for science and math, seem more likely to identify engineering or medicine than physics, chemistry or biology as career tracks. It’s possible that this is at least partially the result of not knowing anyone who has pursued those career paths. To that end, it may be more important to have scientists engage in community mentoring than one-hour career day events.

Women and underrepresented minorities are also more likely than their peers to pursue careers outside of research or academic science. It’s possible that our examples of struggle influence those decisions.

On another note, Laura Ramsey at Bridgewater State University has conducted research that suggests that both students and faculty view science as noncollaborative. Certainly, when I was a graduate student and postdoctoral fellow, I remember a number of women faculty who were referred to as having been “hardened by science.” Their stellar work and international reputations somehow counted against them.

Finally, there is a need to consider the extent to which people’s commitment to social justice, stereotypes and other factors drive their career decisions. It could be that some view science as incompatible with their personal priorities, while others view science as career that completely supports those priorities. Because these priorities will change over time, it would interesting to resurvey the young girls from the University of Michigan study at intervals of five, 10, and 15 years.

We all have an innate desire to inspire and to serve as role models. It provides an excellent foundation for us to be inclusive in all that we do. I also believe that innovations in the K – 12 models for teaching and learning, along with national calls to improve STEM performance, will inspire a greater number of students from all backgrounds to pursue STEM degrees. In the meantime, the scientific community should continue to be intentional in its endeavors to accomplish the following:

We all have been inspired to pursue science and may genuinely believe that role models influence all aspiring professionals regardless of their goals or backgrounds. Let’s reflect on that and remind others around us of our enthusiasm for the great work that we do. Be it science policy, research or teaching, our contagious enthusiasm for inquiry — past, present and future — can help drive us, and others, to greatness.

Takita Felder Sumter is a professor of biochemistry and vice provost for faculty affairs at Winthrop University and a member of the ASBMB Minority Affairs Committee. 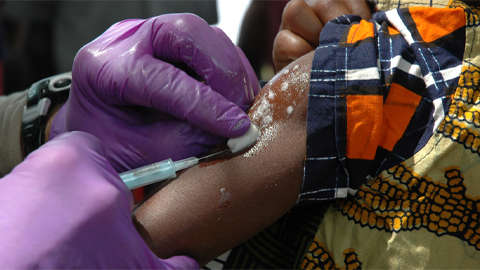 The first malaria vaccine is a leap forward, but we can’t stop now

Next-generation vaccines, and a lot more money, are needed now to crack the stalemate in the fight against malaria 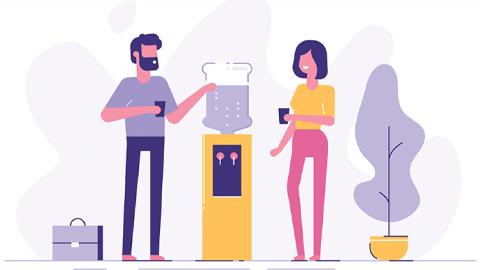 Steps you should take to eliminate “triangulation” intended to undermine or diminish colleagues. 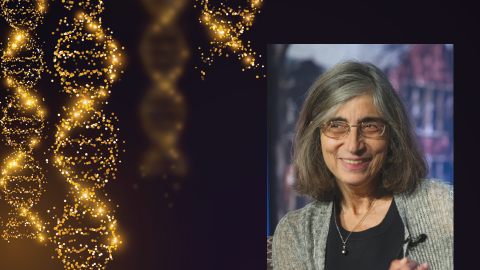 “It was the wisdom of the committee, not that of any individual, that allowed good ideas to come to fruition.”