Turning OCD into a DOC 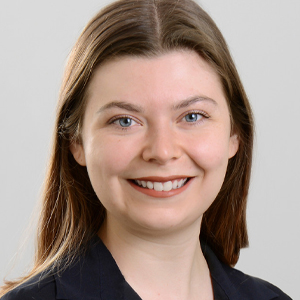 I was diagnosed with obsessive-compulsive disorder in graduate school. The psychiatrist was dumbfounded. “We usually diagnose people after seeing them for six months,” he said, “but I don’t think that will be necessary for you.” 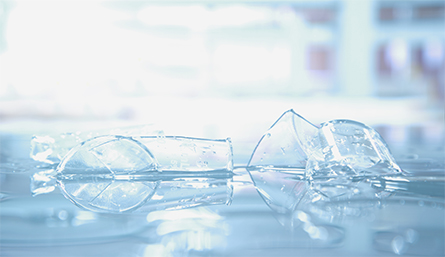 It was my first time seeing a therapist, and I was 23 years old. I thought I had my whole life together, and then this diagnosis came crashing through.

Obsessive-compulsive disorder may not be what you think it is — I’ve met tons of people who assume it’s a need for organization and order. But that’s not necessarily true or may only be partially true. My OCD is truly what it sounds like: having compulsions about tasks that my mind obsesses over and that I must complete for reassurance.

And I also catastrophize; that is, I obsess over the worst possible outcome of some miniscule mistake — real or perceived. For instance, several years ago I lived in an apartment for a year without ever having a carbon monoxide detector. I didn’t know it was missing. And yet once I became aware of this, I couldn’t stop panicking that I might silently poison an entire apartment complex full of people and pets. This never could be considered my fault; my state requires that rental property owners install CO detectors, so it really came down on my landlords.

In coming to terms with this situation, I had to ask why I was pushing the blame on myself. This is the core of how OCD manifests for me, and I had to learn how to identify those feelings of unnecessary guilt that my OCD had installed in my brain.

Some people obsess over making sure the curling iron is off, triple checking that the front door is locked and checking that a candle is blown out about a dozen times before going to bed.

Those examples are almost too easy to list — they’re the three things I check each day. Even if I haven’t burned a candle in months.

In the lab, it’s more of the same. I place my hand over a Bunsen burner to make sure it’s off several times throughout the day. I check to make sure all freezers and refrigerators are completely closed. And of course, I’ve had to return to the building late at night to make sure I’d locked all the doors (spoiler alert — I had).

Getting the OCD diagnosis nearly shattered my career plan; I wondered if I was even hirable with this hypersensitivity to imperfections. When I think of a scientist, it’s a person with unruly hair (a complete fire hazard), papers spilling out of folders, stains on their lab coat and some neon green liquid boiling out of a beaker somewhere. I’ve met many scientists who really have this so-what mentality when it comes to mistakes. I wondered to myself how I could fit into this go-with-the-flow environment when I am so not that.

Before I saw the psychiatrist, I thought that I was just a hyper conscientious person, but for some reason, my diagnosis tarnished who I thought I could be. I worried that other scientists would find me unfit for the job — who wants a neat freak in charge of the whole operation? So I tried to squeeze myself into the so-what image for a while. It was easy to mask myself as calm, cool and collected on the outside. Or at least I thought so. It all came crashing down soon after my diagnosis.

One day, when I’d been in my grad school lab only about three months, I was adjusting the pH on a buffer before heading out to attend a colleague’s preliminary exam talk. As I put away the bottle of 1N NaOH — a plastic bottle that was likely older than myself — my thumb went right through the material. Base splashed in every direction in a two-foot radius, and it probably would have been more if I hadn’t been a good enough scientist that day to lower the fume hood sash to an appropriate level. My lab mates gathered to help me clean it up. They still were neutralizing the floor with boric acid as I left to attend the preliminary exam, apologizing profusely. One of my colleagues said, “It would benefit you more to go to the talk than to clean up the garbage.”

After attending the talk, I stopped in at my mentor’s office and sheepishly told him about the spill. He burst out laughing. He said his lab had moved to three different buildings, and within the first year at each location, a student had something explode. At least I’m not the person who got agar on the ceiling.

I began to see that my peers didn’t care about my mistakes as much as I did. Scientists are just people. And if OCD affects 2% of the population worldwide, some of those people have to be scientists too.

I started seeing a therapist who introduced me to cognitive behavioral therapy, a technique that is used to alleviate harmful thinking patterns in a number of mental health conditions. The core of CBT is learning how to understand your own thought process. One of my favorite techniques is called “leaves on a stream”: I close my eyes and picture a scene of a flowing stream. Above it stands a tree adorned with leaves, and each falling leaf has my current thought written on it. Following that leaf as it falls and then wafts down the stream and out of sight, I experience the generation and alleviation of a thought. My thoughts, no matter how good or bad, significant or insignificant, are temporary. And this technique establishes my power over my thoughts; any thought I make, I can get rid of too.

With this technique in my back pocket, I now manage my OCD by knowing that I am in control of my thoughts, and it’s no longer the other way around. Coping with OCD has been a long and imperfect process, but I no longer question whether I fit the description of an occupation, and I certainly don’t try to fit into any preconceived mold.

I also should say that OCD is genetic, so I should have known it would come for me. To avoid the panicked question “Did I leave the iron on?” whenever she leaves the house, my grandmother unplugs that appliance and takes it down a flight of stairs to the kitchen counter, where it waits, unplugged, for her return.

Frances Smith has a master’s degree in microbiology and immunology and is pursuing a Ph.D. in biochemistry at the University at Buffalo in New York.