The development side of R&D jobs in industry

Brandon Anjuwon–Foster talks about being a research scientist and project manager at PPD, a global contract research organization

In my most recent column, I wrote about Brandon Anjuwon–Foster’s transition into industry. It was an honest look at how time, place and pay influenced his decision. This week’s column is about his current job as an associate research scientist and technical project manager in the vaccine sciences division at PPD, a global contract research organization. 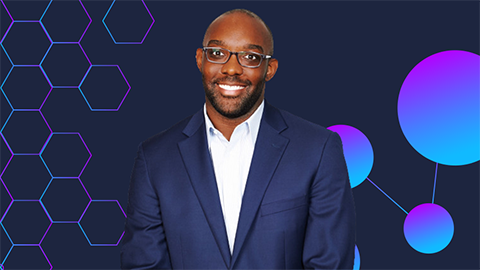 A background in research

Anjuwon–Foster earned his bachelor’s from George Mason University and then spent two years conducting infectious disease research at Tufts University, supported by the National Institutes of Health’s postbaccalaureate research education program. He then completed his Ph.D. at the University of North Carolina at Chapel Hill and started a postdoc position at the NIH.

“After about three months, I decided I didn’t want to pursue a career in academia or government research anymore,” he said. “I instead started to look into industry jobs.”

He started reaching out to people working in industry and conducting informational interviews to get a better sense of what kind of role would be right for him. He said these informational interviews were the most helpful part of his job transition and really helped him understand what he might expect in industry. He also credited his postdoc mentor for being accepting and supportive of his decision to pursue another path.

He eventually applied for his current role after seeing a job listing, although he said many industry employees are hired through networking connections. Now, Anjuwon–Foster works in the vaccine sciences division at PPD, an international contract research organization. He’s had the job for almost a year.

Anjuwon–Foster works in the vaccine sciences division so many of his projects center on developing better ways to assess vaccine efficacy. Right now, he’s leading a team of researchers as they validate an analytical method used to detect vaccine-induced functional antibodies in patient sera. This analysis can help researchers get a better understanding of how well the vaccine is working.

Part of the motivation behind this project is to meet regulatory standards. In the U.S., the Food and Drug Administration oversees the approval of new vaccines and therapeutics. In the case of Anjuwon–Foster’s work, only validated analytical methods can be used to analyze patient samples from vaccines in phase 2 or phase 3 clinical trials. This means the analytical method must be extensively evaluated before use to make sure it gives consistent, reproducible results. This same kind of stringency isn’t required for analysis of patient samples in earlier phase trials.

He and his team evaluate validation parameters, such as precision, limits of detection, and dilutional linearity, to ensure the analytical method is sound. Once the method is properly vetted, it can be used to analyze clinical trial data.

“Right now, we aren’t in the validation steps yet but instead are designing experiments to prepare for validation,” he explained.

Anjuwon–Foster leads the team in designing and scheduling the experiments and in analyzing the resulting data. PPD is a contract research company, so he is also responsible for presenting the research to the company’s client.

He also has managerial responsibilities and meets with his team members on a regular basis to discuss how to tweak the parameters of the assay to make it more consistent.

These responsibilities take up about 70% of his time, he said, and the other 30% is spent on other projects.

One of those projects focuses on technology transfer of another functional assay to assess vaccine efficacy. Specifically, Anjuwon–Foster said, he’s helping to bring the method from a biotech company into PPD to show that the method will perform up to their standards, and he is playing what he calls a “backup supportive principal investigator role.”

For another R&D project, team members design experiments, and Anjuwon–Foster reviews and provides feedback to them. Once data has been collected, he then helps present it to the client.

Anjuwon–Foster’s routine has certainly been affected by the COVD-19 pandemic. Like many professionals, he’s working a lot from home.

“I’ll go in if there are multiple fires that need to be put out, like if there’s a documentation error that needs to be fixed,” he said. “But I mostly work remotely since I’m not at the bench anymore.”

Finding the perks in industry positions

Anjuwon–Foster acknowledged that, when you think of an industry scientist, you’re most likely thinking of someone on the research side. He describes the research side as a traditional bench style discovery-based environment, with specific projects that may be driven by shareholders.

On the other hand, the development side typically starts with a specific molecule or vaccine candidate and works to scale up its production. This involves using methods to evaluate safety and efficacy of the drug or biologic in question.

“Development work is very regulated,” he said. “Standardized good lab practices must be followed in order to ensure everything is high quality and reliable, in our case for use with human clinical trial samples.”

He said the regulated nature of development work means it can come with more restraints than the discovery research side. This may seem like a drawback to some. (He talked about how he’s no longer in the driver’s seat in my previous column.) But his research is very translational, and data he helps generate and analyze could be directly reviewed by the FDA to help bring a vaccine to market.

“In this kind of role, there’s a lot of opportunity to gain insight into the drug-development process,” he said. “This is something you’re generally very removed from in academia.”