How a PI crowdsourced his lab manual 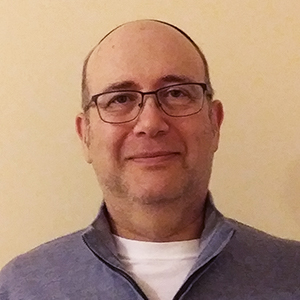 As a principal investigator, Roy Salomon mulls the many facets of lab life. Salomon, a neuroscientist at Israel’s Bar Ilan University, has chewed over everything from how to title emails to what a lab’s goal should be.

His lab at Bar Ilan’s Gonda Multidisciplinary Brain Research Center, his first as a PI, concentrates on the cognitive and neural processes underlying perceptual consciousness and bodily self-consciousness, using electroencephalography, magnetoencephalography and fMRI.

Salomon realized that he needed a manual explaining lab rules and expectations while he was waiting in an airport lounge on the way to a conference. Neuroscientist Roy Salomon, pictured here standing behind members of his laboratory at Bar Ilan University in Israel, reached out to the science community on Twitter for help in developing a code of conduct and manual for his lab.Courtesy of Roy Salomon“I was speaking to a colleague, who is also an early-stage PI, about students and conduct with them,” he said “Specifically, we were debating how formal or open to be with our students. Israel is a very informal place with (few) barriers of formality. On one hand, this allows you to benefit from the great ideas of young students; on the other hand, students can also be too casual in their conduct and striking the right balance is difficult. This is when we understood we need a guide to make conduct rules clear.”

None of the labs he’d previously worked in had manuals.

“There were many issues to touch upon and make decisions about,” he said. “Then I realized there must be others who have faced this dilemma before, and I reached out to the community.”

Salomon turned to Twitter, tweeting in late July, “PIs, do you have a document with lab rules outlining expectations and conduct in the lab? Trying to draft something, and would love to be guided by others’ experience. Feel free to RT. THX.”

Some fellow-scientists tweeted responses; others emailed him.

U.S.-based researchers shared some well-thought-out documents, Salomon said. The one from Mariam Aly at Columbia University was closest to his needs, and his document is largely based on her suggestions.

“First, I felt that having a clear statement about the PI’s commitment and responsibility to students is a great idea,” he said. “This should be expressed explicitly, as students often don’t really know what to expect, and demand, from us. Second, I found that writing out the lab’s scientific goals was helpful in forming a long-term vision for our work.”

When Aly, also a cognitive neuroscientist, was starting her own lab less than two years ago, she wanted to help her trainees strike a balance between their professional growth and private lives, she said. People often share career advice and tips for young researchers on Twitter, and before she wrote her manual, Aly saw some of this guidance while browsing the social media site. Mariam AlyThough they’re both neuroscientists, Aly wasn’t following Salomon on Twitter when he posted his lab manual question. She thinks it might have been retweeted by someone she follows.

“At the time I saw Roy’s tweet, there weren’t very many responses to it, so I figured I’d respond with my own manual,” she said.

Aly also wrote an article for Nature in September about the benefits of having a lab manual.

Jonathan Peelle, a cognitive psychologist at Washington University in St. Louis, and Maureen Ritchey, a cognitive neuroscientist at Boston College, both shared their lab manuals with Salomon on Twitter. Jonathan PeellePeelle wrote the first draft of his manual in 2012, and he eventually posted it to GitHub.

“I am a big supporter of openly sharing data, analysis code and anything else that we scientists produce that might possibly be of use to others,” he said. “My hope was that someone would find it useful.”

For example, Peelle writes in his manual that he expects postdocs “to move towards being more PI-like, including giving talks, writing grants, and cultivating an independent research program (while still supporting the lab’s research).” He expects doctoral students to “seek out and apply for fellowships and awards. Realize there are times to pull all-nighters and times for leaving early to go to the park to enjoy the sunshine.” Maureen RitcheyRitchey said her manual largely was modeled on (and sometimes quotes from) Peelle’s.

“I’ve benefitted so much from other people sharing their resources, so it’s important to me to pay it forward,” she said. “If it can help someone else out, why not share? I also thought it would be useful for showing prospective trainees what our lab culture is like.”

Writing a manual takes time, effort and a commitment to updating it, which may be why many labs don’t have them. Aly suggests other members of the lab can pitch in and ease the burden on the PI.

She invites others to use her manual and wiki to suit their needs, including copying parts of them, as long as they credit her.

When Salomon wrote his manual, he had his students help him, and they’re already finding it helpful in their lab life, he said. He’s overheard them telling one another to look in the manual when questions come up.

“I had one of my students call me out for not turning the lights off when I was the last to leave,” he said. “I laughed and told him he was right to do so, as the manual is the law of the lab.”

From the Salomon lab manual

Roy Salomon wrote his lab manual to help himself and his researchers. Here are some excerpts:

Email:
You can email me anytime.

Whatsapp:
Slab articles is only for articles and resources.
Slab is for fun, lunch and gossip.
We can create ad hoc groups for tight and quick communication.
You can Whatsapp me personally for urgent stuff; otherwise mail me.

Phone:
During business hours, call me if needed urgently; otherwise email.
If very urgent/emergency, call me any time.

Jeffrey Pines has worked as a journalist since 1994, covering corporations and investors for Bloomberg News, Bridge News and Dow Jones, and writing about a variety of topics for service and housing providers for the elderly. He served in the U.S. Air Force as a public affairs specialist. 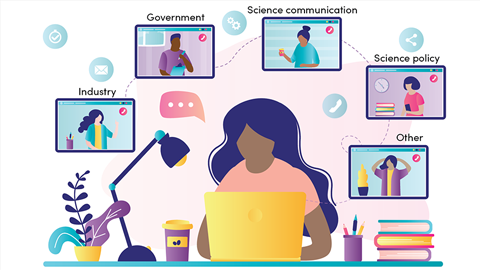 Just added: ASBMB Virtual Career Expo and a survey about how a national lab in Maryland can help advance your research. 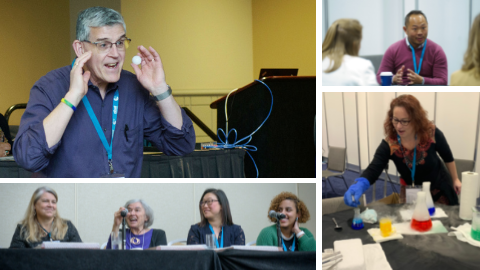 All of the programming at the meeting in March in Seattle will be designed by members. The ball's in your court. 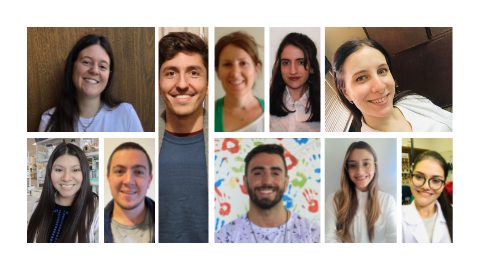 Ten early-career scientists will receive grants this year from the Promoting Research Opportunities for Latin American Biochemists program, which will allow them to advance their research by working in the labs of collaborators abroad.