Starting your own company in graduate school is possible

Neurophotometrics CEO Sage Aronson offers an inside look at going from Ph.D. to biotech startup

Many graduate students plan to go into the biotechnology or biomedical industries after they’ve finished their training, but few start making that transition during graduate school. Yet that’s exactly what Sage Aronson, founder and chief executive officer of the biotech company Neurophotometrics did. He’s now running his company, which develops optical equipment compatible with neurological fiber photometry studies, full time. I talked to Aronson about his journey from bench to biotech startup and asked him how other trainees might make the transition.

Aronson earned his Ph.D. in neuroscience at the University of California, San Diego, and it was during his training that he developed the idea for Neurophotometrics. One of his research projects focused on understanding how a specific pathway in the brain is controlled.

Aronson and others went on to show that if you inhibit the region of the brain responsible for controlling this pathway, animals give up less frequently. But that wasn’t enough to convince the team that this pathway is solely under control of this brain region. Instead, they wanted to actually see an increase in activity in this brain region that coincided with the act of an animal giving up its task in real time. This, of course, would involve some pretty complicated optics, which Aronson set out to optimize.

Aronson knew the team wanted to use a method called fiber photometry, which uses an optical fiber implanted in the brain region of interest to monitor fluorescent indicators in genetically defined neural populations. Using these fibers, Aronson and colleagues would be able to visualize brain region activity in real time.

“The problem was there were no real commercial options for this kind of technology,” Aronson said. “We also wanted to be able to record from multiple regions of the brain, and the commercial systems that were available were limited in this aspect as well.”

So he took it upon himself to scour the literature and use published data as a blueprint for his own customized system. He said his original system was fitted in a cardboard box with an SLR camera lens glued to a post.

“It took me about four to six months to get it up and working,” Aronson says. “When it was finished, it was clear that no one else in the lab after me would be able to use this type of system. It worked,  but it wasn't user-friendly.”

As Aronson was grappling with how to make his setup more robust, other labs started reaching out to him saying they wanted to build something similar but hadn’t yet been successful.

So, Aronson again got creative. He reached out to a friend from high school who worked in 3D printing and sent him a drawing of an idea he head to 3D print an optical system that could help solve the issues he and other researchers had run into. The 3D printed parts worked well, and he launched his company soon thereafter.

Turning an idea into an startup

“I started the company with about $10,000 and went through hundreds of prototypes,” Aronson said.

Eventually he figured out how to 3D print the most expensive parts of a microscope, which are the pieces of the optical housing, making the setup much less expensive than what existed on the market.

Aronson started by selling a few systems here and there to friends or postdocs he knew were starting their own labs. The company's first website was made with a free website generator and didn’t appear in any Google search results. But the company was still found by interested clients who had heard about it through word-of-mouth. Soon, it began to grow.

Neurophotometrics’ production started in a living room, then expanded to a garage, and eventually expanded to an 800-square-food shop.

“Within nine months, the shop was standing-room only, and we’ve had to move twice since then,” Aronson said. “Now we have over 6,000 square feet and are still growing quickly.”

Aronson used his experience as a researcher to build a company that would truly meet customers’ needs. That meaning keeping pricing reasonable and providing extensive tech support. The latter has been partially achieved by hiring other experts in the field, so that all customer support is backed by experience.

Aronson also makes sure each lab gets individualized support so the experimental system is working for the lab's specific project, which can include co-designing experiments. He also collaborated with other groups to develop an improved, second-generation system.

“I did not anticipate this being much more than a hobby in its original conception,” Aronson said. “But it has taken on a life of its own as it has grown.”

Outside of creating a product that filled a hole in the research market, Aronson wanted his company to help junior scientists. “We want to help decrease the barriers of getting into science, and pay is a big one,” he said.

By providing scientists with a well-paying job and research experience, Aronson said he hopes to set up his employees for success, whether that means pursuing a graduate degree or staying with the biotech industry.

Advice for other entrepreneurs

Aronson didn’t go to grad school planning to leave it as the owner of a biotech startup, but that’s the path he ended up taking. Based on his experience, he has some advice for others looking to follow a similar journey. He says starting the business was definitely a learning curve, but it wasn’t unmanageable.

“I think there’s a misconception that you need a ton of money and capital to start a company,” he said. “In some cases, that may be true, but in many cases you can get a proof-of-principle on a shoestring budget. It is easy to forget that the skills you have are worth a tremendous value.”

If you’re interested in finding outside investors before starting a company, Aronson said, it’s advantageous to have proof of concept and some prototype idea or device prior to asking for funds. He said this can help relieve the burden of making sure your investors are happy during the early developmental stages when change and progress are rapid.

“If you don’t have investors, you will face cash-flow issues, even if you are successful,” he said. “But there’s definitely a path of starting a new business on a shoestring budget.”

One tip for success from Aronson is to focus on smaller problems or projects in an area where you have domain-specific knowledge. This will allow you to truly be the expert on your product and will help prevent you from approaching something that may on a scale that’s too large to be successful.

If you identify and develop an idea for a startup while in graduate school or as a postdoc, Aronson said, it’s best to be open and upfront with your school. This will help avoid any issues with intellectual property or licensing down the line. The office of technology transfer is usually a good starting point for these kind of conversations. They may also have resources already available to help students or researchers bring their ideas to market.

“I would make sure to do your research before using these types of resources,” Aronson says. “You don’t want to sign a contract where the school owns part of what you develop, unless you decide that’s what would be most beneficial for you.”

It’s also critical to be honest with your adviser, especially if you are interested in commercializing ideas developed in their lab.

If you want to pursue a similar path but aren’t sure if your idea is big enough, Aronson said not to hold back.

“Tiny things that help improve experiments, even if it’s only by 10%, can vastly help researchers and therefore be profitable,” he said. “There’s a lot of low-hanging fruit, especially with method development and data-collection improvements.”

Aronson said Neurophotometrics has served as the best of both worlds for him. He’s still able to design experiments and analyze data with clients, but it’s outside of an academic research setting.

“There are a lot of easy problems that need to be solved in research, and these don’t prohibit you from pursuing an academic career as well,” he said. “But if that isn’t what you want, you can still have a huge impact on the scientific field and research in general outside of academic positions.”

If you want to hear more about Aronson and his journey to Neurophotometrics, you can also check out the Once a Scientist podcast! 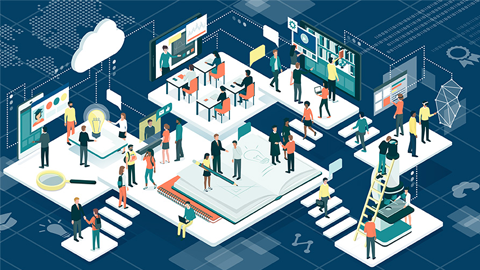 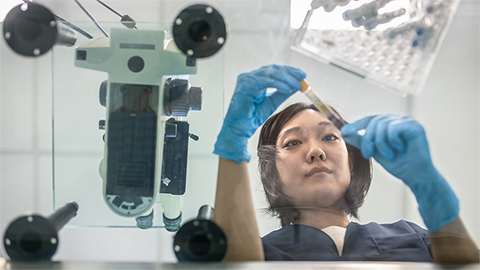 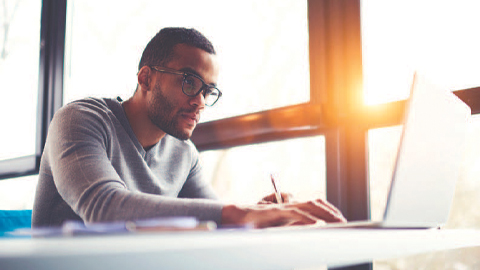 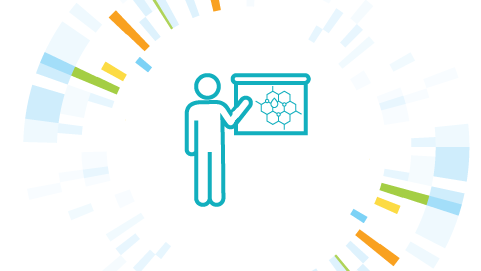