Tales from the 'Food Science Snob'

An interview with Ariel Carter, an early-career food scientist and podcaster

We all need food. It should be safe, affordable, accessible and tasty. If you like baking, brewing or researching food beyond the plate, a food science career could be for you. Food scientists use the fundamentals of science to solve food problems.

For this week's column, I talked to Ariel Carter, a quality assurance technician at Ventura Foods, to get the inside scoop on what it’s like to be a food scientist. She has multiple food safety and handling certifications and produces the podcast Food Science Snob.

Carter grew up in College Station, Texas, a university town with, as she put it, "a good mix of rural and agriculture in the environment."

She continued: "I lived in the more rural part. In the field directly across from my high school, there were cows being raised and lots of chicken farms, like Sanderson Farms. I had a few friends who lived in more agricultural environments raising livestock and corn for 4-H competitions."

Her parents were passionate about food and science, and their interests rubbed off on her. 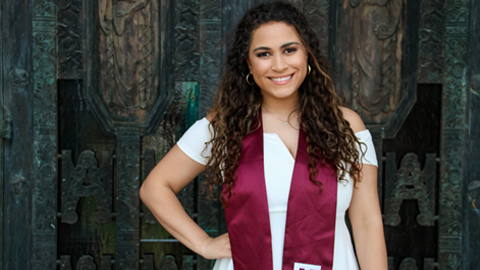 Courtesy of Ariel Carter
Why Ariel Carter decided to become a food scientist: "Knowing that I am helping people make more informed food decisions. My goal is to work to eliminate malnutrition in America, and I am working to achieve this goal."

“I liked to make tacos and homemade pasta. I watched the Food Network more than the Disney Channel growing up. My favorite shows to watch were 'Unwrapped' and 'Diners, Drive-Ins and Dives,'" Carter said.

Carter graduated from Texas A&M University this spring with a bachelor’s degree in food science and technology.

“There are not many schools that offer food science programs. It is a relatively small major," she said. "When I first got into food science four years ago, people were saying, 'Get your bachelor's (and) then get your master's before you get a job.' As I got older, it became less of a focus to have your master's.”

"Freshman year, I took 'Introduction to Food Science," a basic nutrition class and my core classes. Sophomore year, I took mostly core classes, and then junior year was awesome (because) I took solely food science classes," Carter said. "I took fundamental baking, which was really fun. We got to test and bake cakes, cookies and cinnamon rolls and test the different safety of products. Also, I took classes in development, food chemistry, food microbiology and food analysis.” 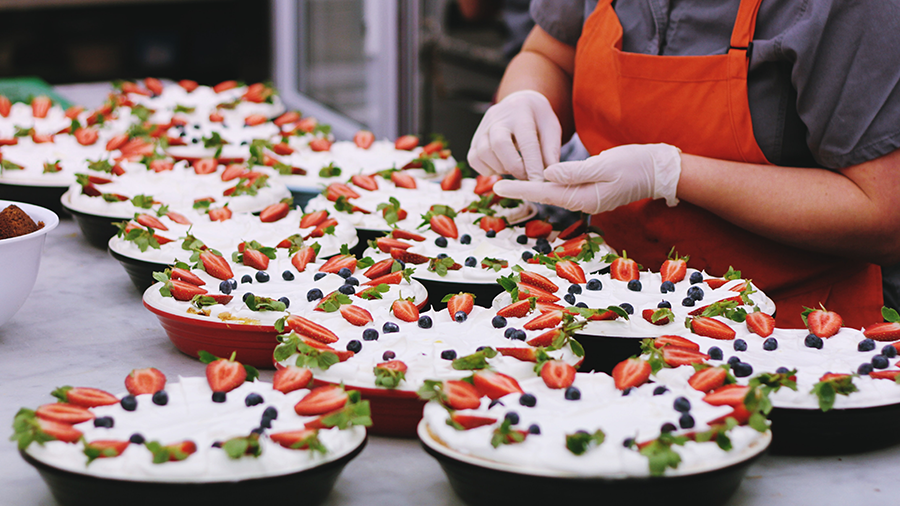 Photo by Toa Heftiba on Unsplash
When Ariel Carter was pursuing her food science and technology degree at Texas A&M, she took a class on the fundamentals of baking. Kansas State University's food science program has a baking concentration.

Day in the life

During her final academic year, Carter worked as a student laboratory technician intern at the National Aeronautics and Space Administration Space Food Research Laboratory and made food for astronauts. 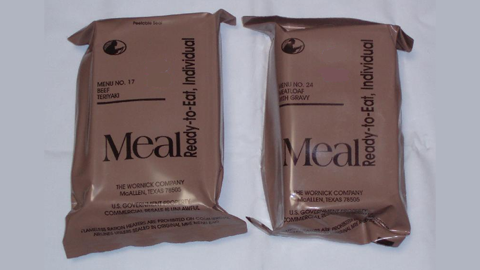 Muttley on Wikimedia Commons
The field rations known as MREs (short for Meals, Ready-to-Eat) are shelf stable in their retort pouches.

"This is a common misconception: Everyone thinks the food that goes into space is freeze-dried. The majority of it is retorted," she said. "Retorting is a process that puts the food in a machine that reaches a higher pressure than the outside so the food can cook at higher temperatures. This removes the microbes, which allows the food to become shelf-stable. I made lemon cake, pot roast, spaghetti and meatballs. Think of any normal food you eat: We package, seal and retort it, do quality-assurance tests to make sure the packaging won't open up, and then take it to the space center.”

In June, Carter landed a job as a quality assurance technician at Ventura Foods in Saginaw, Texas. Ventura Foods is a worldwide corporation that manufactures sauces and oils, dressings, butters, mayonnaise and sauces as well as pan coatings. Some of their products include, for example, Dean's dips and Marie's dressings.

“I start my day with calibrating all the machines when I get in. Take the samples from the day before and do quality assurance to make sure products have not deteriorated over the last 24 hours. Then, I begin with the products for the day, which are broken up into different lines based on the product I make — salad dressing/mayo, oils/butter — or adjusting the lines, which is the area that focuses on putting the products in the sauce containers and final packaging, my current area. Finish with production tests: moisture, fat, salt, acid levels, pH and different components,” said Carter.

Carter said she also can sometimes be found out on the production line.

“My goal is to work to eliminate malnutrition and create healthy versions of junk food. The whole reason I went into the industry is to help counter the malnourished and overweight epidemic in America," she said. "(Working) somewhere in the research and development side of food science and recipes would be my dream job. ... My favorite part about food science is knowing that I am helping people make more informed food decisions.”