Members advocate for science in their hometowns

Several members of the ASBMB’s grassroots network participated in local meetings with their members of Congress this summer. This August, the ASBMB set up regional meetings for members with the local offices of their congressional representatives. The goals of these meetings were to advocate for science research and develop long-term relationships. Below are some accounts from our members on their experiences. 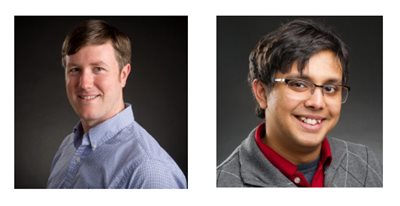 Evan Comeaux (left) and Raju Rayavarapu, postdoctoral fellows at St. Jude Children’s Research Hospital in Tennessee, met with U.S. Rep. Steve Cohen, D-Tenn. “(We thanked Cohen) for his support for research funding, voting for the recent  (National Institutes of Health) budget, and being co-chair of the biomedical research caucus,” reported Comeaux. Cohen “was very interested in … our research, and we offered our expertise if he wanted to reach out to us with any questions on science-related issues. Overall a good meeting, he was nice to talk to and very receptive.” 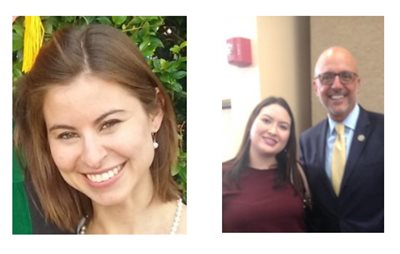 Celeste Amadei and Leah Nemzow, Ph.D candidates from the University of Miami, attended meetings with the staffs of Sens. Marco Rubio, R-Fla., and Rep. Ted Deutch, D-Fla. Amadei and Nemzow reported that the staffers expressed support for the NIH, and now were able to put a face to scientists who are doing research in Miami. The photos show Leah Nemzow (left), and Celeste Amadei with Rep. Deutch (right). 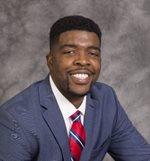 Folagbayi Arowolo, a Ph.D student from the University of Wisconsin, Madison, met with staffers from two congressional offices. Staffers from Rep. Mark Pocan, D-Wisc., and Sen. Ron Johnson, R-Wisc., were treated to a tour of the Microbial Sciences Building and several research labs. “In an effort to promote student political engagement, I was accompanied by members of my campus organization, Catalysts for Science Policy (CaSP),” Arowolo reported. “The highlight of my advocacy experience was having the opportunity to show … my research and the interesting research projects that my lab group is currently tackling. It was a great experience and I plan on facilitating more events where the student community can engage with local politicians.” 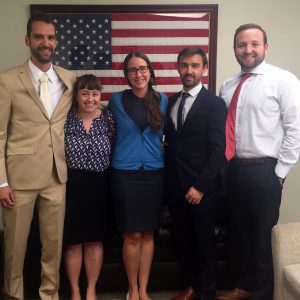 Sarah Apple, a Ph.D candidate and Joerg Votteler, a postdoctoral fellow, both from the University of Utah, and other scientists spoke with staffers from the office of Sen. Orrin Hatch, R-Utah. “We [spoke] with a number of Senator Hatch’s staffers, including his health legislative assistant, about how federal grants have benefited our research and training and discussed the positive impact international research fellows have had on scientific discovery and our hope that international exchange will continue.” The researchers also met with a staffer from Rep. Chris Stewart’s office, R-Utah. Apple said, “This was a very positive experience for us as scientists, helping us become advocates for the work we love. These experiences have motivated me to become more involved in science communication.” The photo shows Joerg Votteler, Brittany Fleming, Sarah Apple, John McCullough, and Clay White, legislative director for Rep. Stewart. 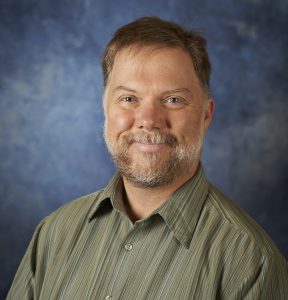 Chad Park, a lecturer at University of Arizona, met with a staffer from the office of U.S. Sen. Jeff Flake, R-Ariz. “I mentioned my support for ASBMB and a little of my background transitioning from staff scientist to fulltime lecturer and becoming ASBMB faculty adviser for our student chapter,” Park recalled. He also discussed his collaboration on Nancy Horton’s research on virally induced autoimmune issues, something that affects the staffer’s family. “I spoke at length about the importance of fundamental research and explained how NIH sometimes makes specific grant proposal requests as well as takes general grants into specific study sections,” Park reported.