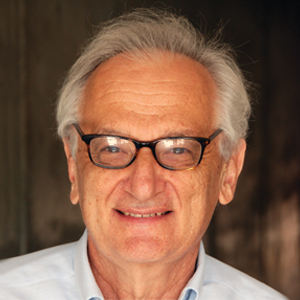 Paul Boyer often said he never met an enzyme he couldn’t love. He worked on many enzymes but focused much of his passion on the one that was responsible for making the energy coin of the realm, adenosine triphosphate. His studies culminated in the description of the ATP synthase as a rotary motor — one that used the proton motive force to drive ATP formation by modulating the binding and release of its substrates. For this work, he shared the 1997 Nobel Prize in chemistry with the British chemist John Walker, who determined the first crystal structure of the enzyme. Paul’s clever use of isotope labeling coupled with mass spectrometry provided a picture that was beautifully confirmed by subsequent 3D structures. In a career that spanned almost half a century, Paul Delos Boyer was an enzymologist and an institution builder. Courtesy of UCLA

Paul gave a wonderful description of his research career in 2002 in the Journal of Biological Chemistry Centennial Series “100 years of biochemistry and molecular biology,” reflecting on the 325 papers published from his laboratory. Ninety-six of these papers were published in JBC, from the fourth paper of his career in 1942 to his final paper in 2002. He was honored throughout his career for his research contributions but never lost his modesty. In addition to the Nobel Prize, these honors included the 1955 American Chemical Society Award in Enzyme Chemistry, election to the American Academy of Arts and Sciences in 1968, election to the National Academy of Sciences in 1970, the American Society for Biochemistry and Molecular Biology William C. Rose Award in 1989, and the Seaborg Medal from the University of California, Los Angeles, in 1998. Paul also received honorary degrees from the University of Stockholm in 1974, the University of Minnesota in 1996 and the University of Wisconsin in 1998.

A natural leader, Paul worked hard to develop the field of biochemistry and his specialty of enzymology. His influence was strong in scientific publication. He served the community as editor of the third edition of the authoritative series “The Enzymes,” producing 18 volumes from 1971 to 1990. He guided the internationally recognized high-impact Annual Review of Biochemistry from 1963 to 1989 as an associate editor and editor. His wisdom also was appreciated as an editorial board member of a number of journals, including terms with JBC from 1977 to 1983 and from 1987 to 1992. Paul Boyer accepts the William C. Rose Award from ASBMB President Minor J. Coon at the February 1989 joint meeting with the American Society for Cell Biology in San Francisco. In his Nobel Prize biography, Boyer stated that “it was a pleasure to receive peer recognition in the form of the Rose Award of the American Society for Biochemistry and Molecular Biology, the preeminent society in my field.” In his office, there was no indication of his Nobel Prize, but he kept this photograph and the Rose Award plaque displayed prominently.asbmb Outside of his own research, Paul worked tirelessly for biochemistry and biomedical sciences at the national level. He joined the American Society of Biological Chemists (now the ASBMB) in January of 1944 and was in his 75th year of membership when he died, its longest-standing member at the time. He was chair of the Biological Chemistry Division of the American Chemical Society from 1959 to 1960 and subsequently became active in the ASBC leadership. His long service to the ASBC/ASBMB included elected positions as a Council member from 1965 to 1971 and as president from 1969 to 1970. He also chaired the Public Affairs Advisory Committee from 1982 to 1987. With his passion for molecular biology, he was a strong supporter of the society’s name change in 1987. He was a member of the American Academy of Arts and Sciences Council and served as its vice president for biological sciences from 1985 to 1987. In these roles, Paul was a force in bringing together chemists and biologists; he always knew the synergy that could come from interdisciplinary efforts.

In 1965, Paul was selected as the founding director of UCLA’s Molecular Biology Institute, or MBI. His vision included not only recruiting faculty at the confluence of biology and chemistry but also providing an attractive space where they could support each other’s science. His dedication resulted in the opening in 1976 of the Molecular Biology Building housing 30 laboratories, many directed by faculty new to UCLA, as well as common facilities and seminar rooms. The economic challenges of the times resulted in a struggle to fund the construction of the building; the long story of how Boyer prevailed is well described in Dick Dickerson’s 2009 history of the MBI, “ The Making of an Institute: The MBI at UCLA 1960–1978.”

In Paul’s 18 years as MBI director, more than one generation of scientists was recruited to establish a cadre that defined molecular biology at UCLA. He provided them intellectual and physical resources in a culture that allowed them to take full advantage of collaborative opportunities. It is a testament to Paul that, in an era when buildings almost always are named for financial donors, the building was renamed Paul D. Boyer Hall in 1999. In Paul’s case, he donated his vision, leadership, inspiration and collegial glue. Paul taught us that the intersection of chemistry and biology could be understood best as the new field of molecular biology; his successful development of this field at UCLA contributed to its worldwide ascension.

His 1997 Nobel Prize allowed Paul to instigate a program to reward scientists who were between their graduate degrees and their first jobs; the UCLA Postdoctoral Awards in Molecular Biology were given out between 1999 and 2015. Paul’s leadership was clear when his friends and colleagues, including James Peter, his former postdoc, and Phyllis Parvin, the wife of the building’s keystone donor, added to the funding. As founding director of the UCLA Molecular Biology Institute, Boyer worked tirelessly for the construction of a building that would house researchers from different departments but with complementary interests. The building opened in 1976 and in 1999 was renamed Paul D. Boyer Hall in his honor.Courtesy of Steven Clarke I had the privilege of having my office and laboratories across the hall from Paul from my arrival at UCLA in 1978 as an assistant professor. Since my undergraduate days at Pomona College, Paul Boyer had been one of my giants of biochemistry, especially for his voice of reason and civility in the heated controversies of how ATP was made.

In my early days at UCLA, my laboratory of young graduate students and undergraduates took full advantage of Paul’s generosity with laboratory equipment and supplies — to the extent that his laboratory manager once took me aside to tell me that, at least in her opinion, the Boyer lab was not a free stockroom for us. We still cherish the glassware and tools in our laboratory with the Boyer signature markings.

Richard Cross, a postdoctoral fellow in the Boyer lab from 1970 to 1973, recalls how Paul’s mentoring style of “setting high expectations for performance while at the same time providing an exceptionally supportive, cooperative, and stimulating environment to insure one’s success, made him a role model with integrity, fairness, and infectious enthusiasm.” He remembers Paul’s words on discovery: “Most of our accomplishments in science are the coal we mine while looking for diamonds.” This statement of Paul’s grounding in basic science foundations is perhaps even more important today, when some journals only want to publish the diamonds, and those diamonds sometimes turn out to be glass.

Rich also remembers attending a seminar with Paul in 1972 and noticing Paul was not paying attention to the speaker. After the seminar, Paul approached Rich in an atypically excited state. “Such an animated demeanor was unknown to the members of his laboratory, for Paul was always calm and well grounded,” he said. Paul apparently had spent the last hour thinking about old unexplained data, and Rich recalls that he asked, “What would you say if I told you it doesn’t take energy to make ATP but to get ATP off the catalytic site?” Rich remembers this as the first crack in understanding ATP synthase.

Jill Myers was a graduate student with Paul from 1978 to 1983 and a co-author of the 1982 JBC paper that first proposed rotational catalysis. The last paragraph of this paper began with “A final speculative comment may be warranted” and finished with “A relative rotational movement of beta-subunits and a control subunit core could merit consideration.” Jill remembers arguing that protein rotation was a concept that was simply too improbable for the august JBC. “Little did we know,” she said, “it would end up earning him the Nobel Prize.”

Stephen Dahms, a postdoctoral fellow from 1969 to 1972, remembers Paul’s always-positive outlook and love of life, describing him as a “preeminently sociable person who developed personal relationships with his research children and colleagues, and yet remained modest.”

Bruce Weber, a postdoctoral fellow from 1968 to 1970, remembers “Paul’s joyous engagement with biochemistry and with tennis (he always beat me).”

In writing this article, it was wonderful to hear several of my colleagues remark that when they face a difficult situation themselves, the answer often comes when they ask, “How would Paul Boyer handle this?”

Steven Clarke is a distinguished professor of chemistry and biochemistry and a member of the Molecular Biology Institute at UCLA. He is the 2018 recipient of the ASBMB’s Rose Award.