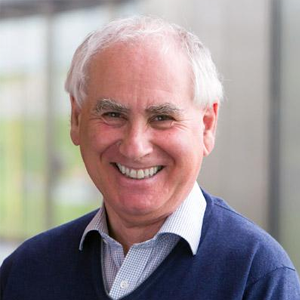 Günter Blobel, who died in late February at age 81 in New York City, was a giant of cell biology, a pioneer in determining how proteins are distributed to different sites in the cell. His most famous contribution, the signal hypothesis, now an established paradigm, earned him the Nobel Prize in Physiology or Medicine in 1999. Blobel was born May 21, 1936, in the Silesian village of Waltersdorf, back then in Germany and later part of Poland. After the war, the Blobel family settled in Freiberg, in East Germany. Günter graduated from high school in 1954 but was denied entry into university because his family was considered “capitalist” by the new authorities. He then moved to West Germany and studied medicine in Frankfurt, Kiel and Munich. He earned his medical degree at the University of Tübingen in 1960 and worked for two years as a hospital intern in Germany.

In 1962, Blobel decided he wanted to pursue science instead of clinical work. Following his brother’s lead, he moved to the U.S., to the University of Wisconsin–Madison, where he joined the laboratory of Van R. Potter. In 1967, Blobel moved to the laboratory of George Palade at the Rockefeller University in New York City. This move could not have been better timed. At the Rockefeller, Palade, Albert Claude and Keith Porter had revolutionized cell biology, discovering all the major structures of the cell. Blobel arrived in time for the next stage of this revolution, the molecular and functional analysis of these structures.

Blobel’s most influential papers were published together with his postdoctoral fellow Berhard Dobberstein in 1975 in the Journal of Cell Biology. These papers established that N-terminal signal sequences direct nascent secretory proteins across the endoplasmic reticulum membrane, an idea previously proposed by Blobel and David D. Sabatini in 1971, with first experimental evidence provided by César Milstein and colleagues in 1972. The Blobel and Dobberstein papers rigorously showed that a secretory protein is co-translationally translocated across the membrane and that the signal sequence subsequently was cleaved off.

The labs of Blobel and Dobberstein, the latter now independent and back in Germany, then discovered the signal recognition particle and its membrane receptor, which together target the ribosome/nascent chain complex to the endoplasmic reticulum membrane. Blobel extended his signal hypothesis to a general ZIP code system in the cell, where different amino acid sequences serve to target proteins from the cytosol to distinct organelles such as mitochondria, chloroplasts, peroxisomes and the nucleus. His lab provided some of the crucial experimental evidence for the new concept. He postulated that proteins move through membranes via protein-conducting channels, an idea that initially was controversial but later confirmed by various experiments.

Nuclear transport ultimately became Blobel’s major interest. His laboratory contributed numerous discoveries, including insight into nuclear transport receptors, the role of the Ran GTPase and structural analysis of many components of the nuclear pore. I met Günter Blobel at a meeting in 1976 in East Germany, the country where I grew up. This was the first time I heard about the signal hypothesis, as scientific journals from the West took a whole year to arrive in our library. His talk was a revelation. I realized that the puzzling behavior of my in vitro-synthesized proinsulin was due to the absence of membranes, which resulted in the lack of signal sequence cleavage and disulfide bridge formation. This was the beginning of my own interest in protein translocation.

In subsequent years, Günter invited me for visits at the Rockefeller, and on one occasion, I even spent two months in his lab. I would give lab seminars, which always ended up in a disaster, because all my slides were East German style and got stuck in the projector. Günter’s lab was simply amazing, an assembly of extraordinarily talented people. I was impressed that each person had his or her own project and was competing successfully with larger labs working on the same problem. I believe that it was one of Günter’s secrets of success that everybody in the lab was responsible for his or her own project. But it was Günter’s passion that drove everything. His enthusiasm for science was obvious in discussions and seminars. I remember that, during a plenary talk, he got so carried away by his excitement that he repeatedly ran away from the microphone.

I am eternally grateful to Günter for his help in difficult times, when he allowed me to use my honoraria to order chemicals that I then would bring back to East Germany. Although I cannot consider myself a real “Blobelite,” I benefited from his generous support.

A man of culture

For his numerous trainees, he was the most loyal and supportive mentor. On one occasion, he invited them all to Dresden for visits to the opera and the Frauenkirche. This church, and much of Dresden, had been destroyed completely toward the end of World War II in a bombing attack by the Allies. After the unification of Germany, it was decided to rebuild the Frauenkirche, and Günter was one of the major forces behind the reconstruction. He not only donated the money of his Nobel Prize for this endeavor but was also the major fundraiser in the U.S. He was very passionate about the maintenance and restoration of cultural heritage in Germany, and he was not shy about fighting for it with the local authorities.

Günter was a charming and educated person with a great love for the arts and music. This, in large part, was stimulated by his wife, Laura Maioglio. I fondly remember joining the Blobels for a visit to the New York City Ballet, where Laura showed her Italian temperament, jumping out of her seat in joy when it was announced that Mikhail Baryshnikov would replace a sick dancer.

Günter Blobel was one of the most influential cell biologists of our time. He leaves numerous discoveries, now the content of textbooks, and a large number of friends and grateful trainees. He will be deeply missed.

Tom Rapoport is a professor of cell biology at Harvard Medical School and a Howard Hughes Medical Institute investigator.