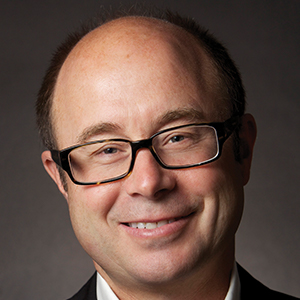 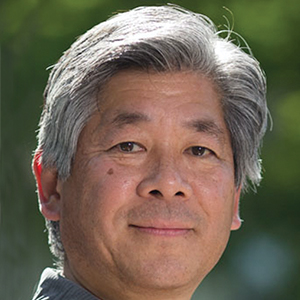 Susan Lindquist was one of those very rare, incredibly special individuals who inspired many scientists, whether through her seminars, an insightful question at a research talk or poster session, or her prolific and innovative contributions to the scientific literature. Sue also wrote frequently about our roles and responsibilities as academic scientists and the importance of being supportive and reliable mentors. She was an outspoken advocate for women and minority scientists. Her passion, out-of-the-box thinking, and enthusiasm for science were contagious. Sue’s life was cut short by cancer on Oct. 27. For those who knew her, it will come as no surprise that she fought this horrible disease to the very end through a combination of grit and scholarship, which is how she lived her honorable life. I, Jeff Kelly, first came to know of Sue Lindquist through her amazing contributions to the scientific literature. I recall meeting her for the first time at the University of Chicago. She was charming, insightful, incredibly intelligent and, in many respects, larger than life! After a decade of friendship, we co-founded FoldRx Pharmaceuticals. Through the challenges typical of successful biotech ventures, Sue remained a wonderful friend and colleague until her untimely death. One of these challenges we encountered in FoldRx was not having enough money to pursue Sue’s dream of using yeast-based neurodegenerative disease models to discover small-molecule drugs — a dream that finally is being realized in another company, Yumanity (see below). Through sacrificing her own scientific agenda, Sue enabled FoldRx to commercialize Tafamidis, a drug now sold by Pfizer, to ameliorate the transthyretin amyloidoses.

I, Rick Morimoto, interacted with Sue Lindquist as far back as when I was a first-year graduate student at the University of Chicago. It was a chance meeting with Sue when she had joined Hewson Swift’s laboratory as a postdoctoral fellow and was writing her Ph.D. thesis (she had done her graduate work with Matt Meselson of Harvard University) that led me to the wonders of the heat shock response and the lifelong pleasure of knowing Sue. Her infectious enthusiasm was unmatched, and this led me, upon completion of my doctoral work at Chicago, to join Meselson’s lab as a postdoctoral fellow. Upon returning to Chicago and joining the faculty of the biochemistry and molecular biology department at Northwestern University, our laboratories re-engaged, exchanged students and reagents, and had numerous joint meetings. It was a wonderful time. A few years later, together with Betty Craig at the University of Wisconsin–Madison, we expanded our mega-group meetings to form the Midwest Stress Response and Chaperone Meeting, which continues in its 22nd year with the same spirit of support of young investigators and great science. Lindquist with her husband, Edward Buckbee, and her daughers, Alana (left) and Nora (right), when she received the Naitonal Medal of Science in 2010.PHOTO COURTESY OF EDWARD BUCKBEE

Sue started her academic career as a professor in the department of molecular biology at the University of Chicago, and then she moved to the Massachusetts Institute of Technology as a professor of biology until her death. Lindquist served as director of the Whitehead Institute from 2001 to 2004, becoming one of the first women in the nation to lead a major independent biomedical research organization. She was also among the first women to serve on the board of directors of a major pharmaceutical company, Johnson & Johnson. Besides being a Whitehead Institute member, Sue was an associate member of the Broad Institute of MIT and Harvard, an associate member of the David H. Koch Institute for Integrative Cancer Research at MIT, and a longtime investigator of the Howard Hughes Medical Institute. She received numerous awards over the course of her career, including the National Medal of Science, the highest scientific honor bestowed by the United States (awarded by President Barack Obama). She was an elected member of the National Academy of Sciences, the National Academy of Medicine, the American Philosophical Society, the American Academy of Arts and Sciences, and the British Royal Society.

Sue is perhaps best known for her prion research. She provided strong evidence for a new paradigm in genetics — that inheritance could result from self-perpetuating protein aggregate structures. She discovered genetic modifiers of this protein-only form of inheritance, such as the disaggregase Hsp104. These insights led to discoveries that contributed significantly to understanding devastating neurological maladies such as Alzheimer’s, Parkinson’s and Huntington’s diseases. She was also very well known for the concept that molecular chaperones, such as Hsp90, functioned as capacitors of morphological evolution by regulating the influence of other mutated proteins. For example, Sue showed that Hsp90 could protect cell-signaling pathways from being compromised by mutations in other proteins. If Hsp90 function was lowered — by environmental stress, for example — mutated proteins would fold differently and new traits would appear. She also pioneered how stress-responsive signaling pathways like the heat shock response regulated this capacity. Sue was considered one of the experts on cellular protein folding, and she studied how chaperones like Hsp90 could influence kinase function as it relates to cancer and other diseases. Lindquist at the U.K.’s Royal Society in 2015 when she became a member.PHOTO COURTESY OF EDWARD BUCKBEE

Many of Sue’s most insightful discoveries were enabled by her devotion to her favorite organism, Saccharomyces cerevisiae, and her fearlessness to jump to mice, iPS-derived human cells or whatever organism was most appropriate to demonstrate the relevance of her findings in yeast. This approach is exemplified by Sue’s discovery that three copies of the α-synuclein gene compromised vesicular trafficking, which now is accepted as the basis for some of the Parkinson’s disease phenotypes — a discovery that was made in yeast. This concept of making discoveries in yeast that translate to neurodegenerative diseases underlies the strategy for drug discovery at Yumanity Therapeutics, a company Sue co-founded with Tony Coles in 2015.

Ulrich Hartl, a Max Planck Investigator and longtime friend of Sue Lindquist, captured the feelings of many by telling us, “We are not only losing an eminent leader of the field but also a warm-hearted and generous colleague and an advocate for young scientists. She will live on in our memories and through her fundamental contributions to science.”

Sue loved the two-steps-forward-one-step-back process of scientific discovery as much as she loved dancing. She was an eternal optimist. By seeing through hazy data to make discoveries like few others could, she trained numerous scientists, providing the inspiration that would convince someone to pursue science for a lifetime.

We close with a fond memory. Sue, like many gifted people, was a bit absentminded when it came to practical things. One memorable event unfolded at the 2006 Protein Folding in the Cell meeting in Saxtons River, Vermont. One of us, Morimoto, had picked up Sue at her home in Boston, and together with Betty Craig and Carol Gross of the University of California, San Francisco, enjoyed the two-and-a-half-hour drive to Vermont accompanied by laughter and discussions among longtime friends. Arriving at Saxtons River, we discovered that Sue had left her computer at home. Thinking that we would catch some of the Boston colleagues coming up to Saxtons River, we quickly made a number of calls, but to no avail, as they were already en route. At this point, with a fair amount of commotion, it was discovered that Patricia Clark of Notre Dame University had grown up nearby in New Hampshire and that her dad flew a helicopter and had one in his yard. In quick course, it was arranged for the computer to be delivered to Hanscom Field near Boston and brought to the meeting by Patricia’s dad. The next morning, just when the meeting participants were gathered outside for a coffee break, we heard the characteristic sound of a helicopter as it got closer and closer and finally landed in the adjacent open field. Even though Sue had hoped that this step in the process would be discreet, all the participants watched in amazement as Sue retrieved her computer. This contributed further to her larger-than-life persona.

Rest in peace, dear friend — you are sadly missed.

Richard I. Morimoto is the Bill and Gayle Cook Professor of Biology in the department of molecular biosciences at Northwestern University and the director of the Rice Institute for Biomedical Research.

Richard I. Morimoto is the Bill and Gayle Cook Professor of Biology in the department of molecular biosciences at Northwestern University and the director of the Rice Institute for Biomedical Research.