When Jonathan Long phoned the racetrack, he thought he probably sounded crazy. The Stanford biochemist had read once that thoroughbreds’ metabolism increases 45-fold after a race, and when his lab identified what they thought might be an exercise hormone, he was eager to find out whether it appeared in horses too. But to find out, he needed samples of the horses’ blood.

“To my surprise and my delight, the other guy on the line said, ‘Well, that’s easy,’ because racehorses are routinely drug tested,” Long said. By the next week, his lab’s freezers contained what he described as buckets of leftover horse blood, courtesy of the anti-doping team at Golden Gate Field.

Exercise is an inexpensive tonic for many ills. It benefits metabolism, sleep, mood, inflammation, glycemic control and many other physiological functions. But although most scientists agree that exercise is beneficial, our understanding of how it works biochemically has lagged behind the observation that it does work. 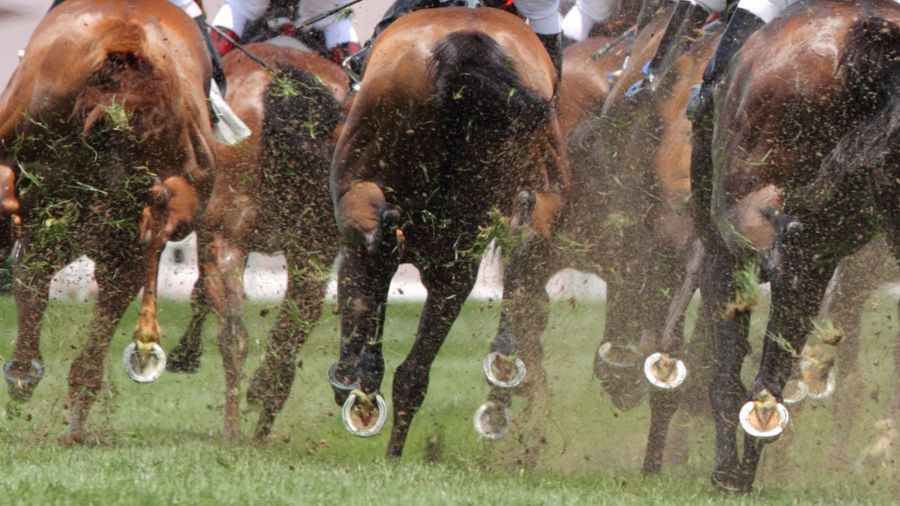 Thoroughbred race horses have among the animal world’s most dramatic metabolic increases after exercise. They also show a significant increase in lactoylphenylalanine, or Lac-Phe, as do other mammals after exercise.

In a metabolomics study comparing the plasma of mice before and after a sprint on a mouse-sized treadmill, and of horses before and after a race, researchers in Long’s and several collaborating labs may have found a partial answer. They reported that the small molecule that increased in concentration most dramatically after a workout — even more than lactate, a sugar breakdown product that famously increases when aerobic respiration is high — had never been studied in an exercise context. That molecule, dubbed Lac-Phe, forms through enzymatic conjugation of lactate with the amino acid phenylalanine.

According to Long, metabolic mass spectra can be difficult to annotate, with as many as 80% of detected molecules never receiving identification. While other studies had found peaks that match Lac-Phe, they had not identified it correctly — or sometimes at all.

The authors found that several other lactosylated amino acids also were induced, to a smaller degree, in exercised plasma. However, Long said, Lac-Phe “was like Colonel Mustard with a candlestick in the living room.”

In contrast to other metabolomic studies that identified changing molecules without exploring their impacts, this study investigated the effects of Lac-Phe injection into sedentary mice. In mice with diet-induced obesity, but not in lean mice, they found that the molecules reduced food intake, adipose mass and overall body weight. Mice that lack the enzyme that generates Lac-Phe tend to weigh more over time and don’t lose weight in response to exercise. The authors concluded that Lac-Phe inhibits feeding and obesity, through mechanisms that have yet to be clarified.

Long’s lab has continued to hunt for the Lac-Phe receptor, and while he’s cagey about what they’ve found so far, he does say that he doubts it’s a G protein–coupled receptor, and he has his suspicions about the brain regions involved in its appetite-suppressing effects.

More insights are probably on the horizon. In 2019, a group called the Molecular Transducers of Physical Activity Consortium began a large-scale study of the multiomic effects of resistance and endurance exercise in roughly 2,000 people, including both the metabolomics in which Long specializes and also proteomic, epigenomic, lipidomic and transcriptomic analyses. While the consortium has released its first data set, its organizers caution that a few controls still need to be completed before researchers can draw firm conclusions.