A history-making administration — 'that believes in science’

On Saturday, the race for the White House concluded in favor of former Vice President Joseph R. Biden and sitting U.S. Sen. Kamala Harris, D-Calif. Members of the scientific community expressed relief and hope that the Biden–Harris administration will draw on and follow the advice of scientists and help restore the American people’s faith in the scientific community. When the results made the victors apparent, Benjamin Corb, public affairs director of the American Society for Biochemistry and Molecular Biology, posted a brief congratulatory statement on behalf of the society on Twitter. Below, members of the ASBMB Minority Affairs Committee share their thoughts on this moment in history and their hopes for what’s to come.

A statement from the MAC

Their election is a win not only for the United States, because we will have an administration that believes in science, trusts the data and respects researchers, but also for the world, because Biden and Harris have vowed to rebuild America’s relationships with allies and work with them to solve global problems, starting with the COVID-19 pandemic.

In the U.S., more than 10 million people have been infected with the virus SARS-CoV-2, and more than 238,000 families have lost loved ones to the devastating disease it causes. Black and Latino communities have been disproportionately affected. The numbers are predicted to climb in the coming months, in part due to poor decision making at the highest levels of government. Already, though, Biden and Harris have begun assembling a task force of experts to inform their COVID-19 plan, and they have promised to make decisions based upon evidence rather than politics. 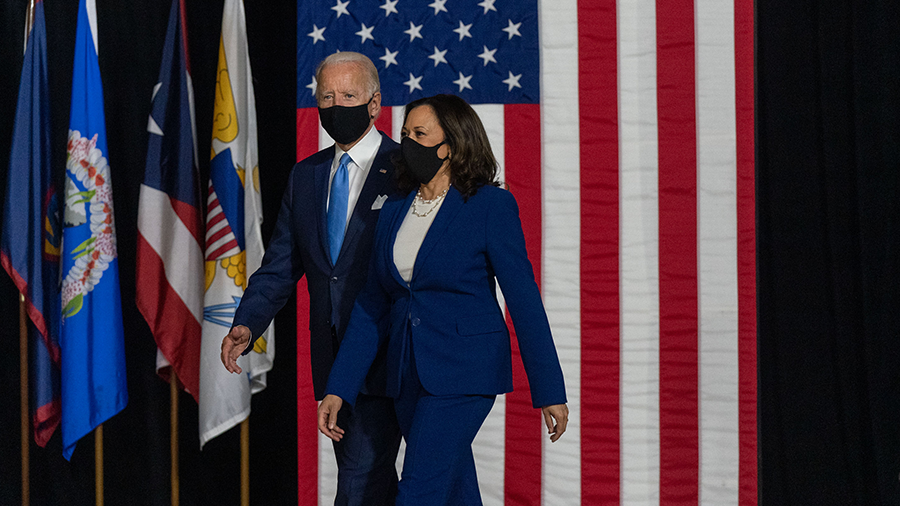 In 2020 alone, 157 Black lives have been taken by police. Our committee wrote about this issue in June, after the killing of George Floyd, Atatiana Jefferson, Breonna Taylor and others. We vowed to channel our grief and anger in productive ways. The election results tell us that millions of Americans did so at the ballot box. We are deeply relieved that Black lives matter to the new administration, and we will continue to work to dismantle white supremacy and the systems that uphold it, including those in the academy.

Immigrants, many of whom have worked hard to contribute to American society, and indeed American science, have been banned, scapegoated and targeted by the current administration. We look forward to having leaders whose immigration policies demonstrate both compassion for humanity and appreciation of the contributions that immigrants make to the United States. We look forward to the new administration giving Dreamers the chance they deserve and ending the cruel and abusive policy of separating children from their parents at the border.

The contributions of nonimmigrant foreign students and researchers to the American scientific enterprise cannot be overstated. The ASBMB policy team has done an excellent job of tracking and responding to the current administration’s attempts to limit certain visas and discourage international collaboration. We have confidence that the new administration will maintain the United States’ standing as the world leader in science, technology, engineering and mathematics and as a beacon for the most talented and brightest minds.

We are eager for the new administration to appoint an education secretary with expertise in education and to make decisions about STEM education based on best practices and evidence. It is also important to resume diversity, equity and inclusion training at the federal level and at federally supported colleges, universities and institutions.

Finally, the election of Harris to the office of vice president is especially momentous and meaningful. She is a Black–Indian American woman — the daughter of immigrants —with a blended family.  Harris’ election is evidence that not only women of color but women in general are brilliant, effective and well-qualified leaders.  A woman in one of two highest leadership positions in our country is empowering and long overdue.

The members of the MAC enthusiastically look forward to a presidency during which decisions are made with consideration for scientific principles and knowledge, Black lives matter, and people are not discriminated against because of their ethnicity, race, gender identity or sexuality.

As people who believe deeply in science and in the integrity of the scientific community, we recommend, as this new administration moves forward, that the policies and procedures put in place by the previous administration to politicize science, scientists, and research be reversed so that our scientific community can once again move forward uninhibited to develop, design, innovate and report scientific findings in an unbiased manner and without fear of retribution.