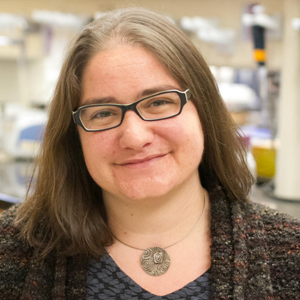 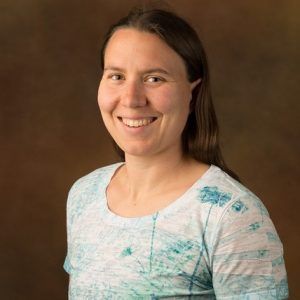 The number of people whose gender does not match the sex they were assigned at birth is growing. Yet this increasing prevalence does not translate into higher integration of these students and intersex students into the field of biology. This demographic needs to be represented in biology courses to feel a sense of belonging in biology and to make biology courses equitable. As teachers, we can begin to meet this goal by considering language choices in the classroom and presenting biologically accurate content illustrating the complex and non-binary nature of sex and gender. These two approaches address both common misconceptions that many students hold about sex and gender and highlight the diversity of sexes in the natural world, which can be affirming to students with queer genders.

As of 2017, 12% of individuals between the ages of 18 and 35 described their gender as not matching the sex they were assigned at birth. For language simplicity, we refer to these identities, which include transgender, genderqueer, non-binary, agender and gender fluid as queer genders. Additionally, up to 1.7% of the U.S. population may be intersex, as defined as someone with a body that does not fit with Western cultural assumptions of binary male and female sexes. These numbers suggest that a biology class of 50 people may have seven students with queer genders and/or who are intersex; a class of 200 people may have 26 such students.

Despite this prevalence, we, the authors, have found through interviews with students with queer genders that biology courses are not presently inclusive spaces for this group. Queer and intersex identities can be, and often are, made invisible by the way biology content is taught and course culture. Common classroom practices of primarily focusing on binary sexes and genders erase the existence of these students in our classes and, through this omission, lowers students’ sense of belonging, decreases their interest in biology, and makes it harder for them to build relationships. Collectively, these experiences create an inequitable learning environment by isolating students from their peers and professors and limiting their access to research experiences and letters of recommendation.

As instructors, an important first step to creating a more inclusive space is revising our language and our examples when we discuss sex or gender. Many students entering our classes have assumptions that sex is a binary and that genders only include women and men. These assumptions will perpetuate without intervention and harm queer and intersex students and, as described below, all students’ understanding of biology. Biology courses can either reinforce or challenge these assumptions. Silence on these topics or presenting biology in the traditional way reinforces what students already assume about sex. There is no remaining “neutral.”

Challenging students’ binary assumptions is critical not only for students with queer genders and those who are intersex, but also plays a decisive role in the future of science, medicine, and society. Students in our classes are future scientists, and scientists’ views on sex and gender influence the research questions they pursue and the conclusions they draw. Students in our classes are future health professionals, and their perceptions of sex and gender will influence the healthcare their future patients receive. Currently, people with queer genders can be less likely to seek healthcare due to discomfort and discrimination caused by healthcare professionals who do not understand their needs. Being more deliberate about how we present sex in biology courses and helping students explore a more biologically accurate view of sex can thus diversify biological research, help transform people’s experiences with healthcare, and support people who are intersex and/or have queer genders well beyond the classroom.

Below are some simple yet important ways to effect positive changes. We focus on the language we use and the cultures we create in our courses.

Clarifying the meaning of the words we use is a common recommendation because many students enter our classes with inaccurate lay assumptions about what various biological terms mean. This practice of targeted clarification is particularly critical for sex and gender. Often, in biology, sex references the size of gametes an organism makes, and gender is usually used to specify human identity. To challenge student assumptions and help them to think more biologically accurately about sex, it is essential to clarify these definitions and discuss how neither sex nor gender is binary. This clarification can be done by introducing some of the diversity of life students may not be aware of, such as organisms that produce both eggs and sperm in the same individuals (e.g., plants and invertebrates that are monecious [see here, here and here]), organisms that change the gametes they produce over their lifetime (e.g., some fish species), and organisms that have gametes of the same size and thus mating types and not sexes. (e.g., some algae and fungi). This clarity of language and inclusion of diverse biological examples help counter the idea that the systems and structures students are likely most familiar with are the only natural sexes.

There are many terms in biology that are linked to sex, such as sex chromosomes, sex hormones, female/male gametes, and female/male reproductive tract. Yet these linkages are oversimplifications that can lead to misconceptions. For example, “sex chromosomes” have multiple functions beyond sex determination and genes on other chromosomes also influence sex. The problem with this language is that it can promote the idea that sex is a simple Mendelian trait (and thus can have only two categories), which is biologically inaccurate and erases intersex people and nonhuman organisms that exist beyond a binary sex. These sexed terms also ignore that sex is determined in a range of ways in different organisms and does not exist in others.

One strategy instructors can use to avoid sexed language is to specifically name the hormone, structure, or cells they are referring to. For example, we adjust our language and refer to “eggs” instead of “female gametes” and “heterochromosomes” instead of “sex chromosomes.” Similarly, when discussing reproduction and organism relatedness, we use language that is inclusive of the diversity of how organisms reproduce, diversity in gender, and human family structures. For example, instead of “mother” and “father,” an instructor creates clarity and inclusivity by using such terms as “egg-contributing parent” and “sperm-contributing parent,” “egg-and-sperm contributing parent,” or “+ parent” and “– parent” for organisms with mating types.

One of the central differences between biology and other sciences is the amount of variation that exists in the natural systems biologists explore. No two organisms, even of the same species, look exactly the same and two iterations of the same process can come out differently. How instructors talk about this variation in biology matters for students. In many situations, biologists tend to classify one way of expressing that variation (i.e., a particular trait value) as normal and focus on it. They may also pathologize anything outside of it. This approach misrepresents biological systems by ignoring natural variation due to factors like interactions between genes or between genes and the environment. We urge an alternative approach. Start by acknowledging the natural variation before focusing the discussion on the most common outcome of a process or expression of a trait. This can help counter the ideas that there are only one or two “normal” forms of a trait. Use terms like “common” rather than “normal” or “typical,” because the latter terms imply that anything else is abnormal or wrong and can pathologize variation. For example, there are human traits that manifest from less common outcomes of meiosis. Naming these outcomes as “abnormal” or as “mistakes” applies these labels to people whose bodies followed these pathways, including some intersex students.

Classroom climate and next steps

Language changes, such as those above, contribute to building an inclusive classroom climate. Another aspect that helps with inclusivity is creating classroom norms that foster respect for all students. In inclusive classrooms students feel comfortable sharing their thoughts and experiences. As part of building a classroom culture of respect, consider including pronouns as an optional part of introductions. We, the authors, are people who use pronouns that are not necessarily what others assume. We know firsthand that it can feel comforting to be in a space where everyone shares their pronouns, not just those of us who are compelled to do so to avoid being misgendered. However, it is also important to make this sharing optional; one of us spent several years avoiding spaces where pronoun naming felt like a required part of introductions, which made the spaces feel threatening rather than welcoming.

One activity that supports inclusive norm-building is asking students to write different types of information on a notecard, such as name, name on roster (if different), pronouns, career goals, desired classroom community norms, and anything else they want to share. You can read your personal responses to the questions to the class first, as both an introduction and example.

Ultimately, the suggestions above are starting points and we include resources below for further exploration. Changing your language in the ways suggested may initially feel awkward. However, they will enhance the comfort of many students, model inclusive language that will increase their career competencies as future scientists and/or medical practitioners, and increase the accuracy of how biology, a diverse and fascinating field of study, is taught.

This article originally appeared in The Newsletter of the American Society for Cell Biology. It was a Career Navigator column by the Women in Cell Biology Committee. It was republished with permission.