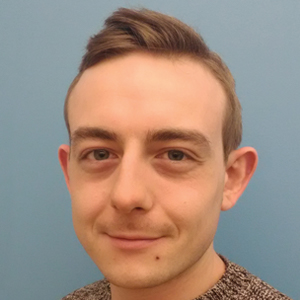 As a Brit from the smoke chimneys and cobble streets of northern England, I often wonder what life would have been like for me if I hadn’t moved to America. I currently am in the fourth year of my Ph.D. studies in molecular biology at Hunter College in the heart of New York City.

In the time-traveling device of my mind, I have returned to 2012 — the year I completed my undergraduate studies at the University of Glasgow in Scotland. You see, in this particular academic year, I believed I had sacrificed enough to get me that 1st (the academic equivalent of an A grade) I had been dreaming about, the surefire ticket to graduate school.

I had spent the year lobbying the estimable professors of the University of Glasgow’s genetics department into believing I was capable of achieving such an academic feat as an A and that they should pass on this incredible information to prospective universities looking for students on findaphd.com. (Yes, there is such a site.)

Having successfully sold myself to them, I turned to the task of sending out those applications. A good 12 months of having those poor professors send reference letter after reference letter yielded nothing but rejection emails. And to top it off, I finished the year with a 2:1 (the equivalent of a B). My time-traveling self would have tried to stop the self-pity that resulted in drinking a 24-can pack of Carlsberg (our version of Budweiser) that night.

Not one to be disheartened by a classic reality check, I threw myself at two labs that summer at the University of Glasgow, working for nothing but the time the principal investigators could give me. I also happened to meet someone who lived stateside and was visiting for the summer. We fell in love, and we promised that one of us would end up in the other’s country. Would I have made that promise knowing what I do now? There’s not a doubt in my mind that I would.

After the summer was up, I moved back home to England, broke and unemployed, with the cat as my senior adviser. Looking for cash to scrape together, I got a job packing items in a warehouse for a business that sold everything from shoes to dish cloths during the Christmas season. Long hours and throbbing feet. The only good part was that it counted my performance and ranked me against my colleagues, which was mildly entertaining. I hated this job more than anything, but I would do it again for the cash.

In the months leading up to Christmas, I had emailed effectively every single PI in New York City who worked on something even remotely related to genetics to ask to be a lab technician. Strangely, after emailing one such person a second time, he got back to me, or, more precisely, his postdoctoral fellow did.

“Dr. _____ forwarded your résumé to me to investigate the possibility of considering you for a position in our lab,” the email read. That day at the warehouse, I broke my own record for picking items off shelves and putting them in boxes.

I was visiting my girlfriend in New York just after Christmas, and I scheduled an interview. The PI, based at New York University, just happened to be the provost of the newly opening NYU facility in Abu Dhabi, UAE. He seemed much keener on hiring me for the new facility, a possibility I hadn’t considered leading up to the interview.

My commitment, however, was to get hired in New York and keep my promise to my girlfriend.

I got offered the technician job in New York. But I turned it down. At the same time, I had been applying for Ph.D. programs in the U.S. and had been accepted at Hunter College. The relationship didn’t work out.

I don’t know much about Abu Dhabi or even money for that matter. But I suspect I would know a lot more about both if I had moved there to work for the provost. I wouldn’t be so pale; that’s for sure. I even could be writing papers for the UAE-based company Bentham Science Publishers’ journals!

This potential do-over would have changed a lot of things: where I’ve been over the past three years, the work that I did, the people I helped and hurt.

But some of it wouldn’t have changed. I would still be very far from my family. I’ve already lost one elderly grandparent in that time; the other has limited time left. Perhaps the best do-over I could do would be to stay in England. Be near my family and friends. I don’t regret moving to America, but I do regret leaving home. It’s mixed emotions that no amount of time traveling can solve. It’s why it’s right that we can only move forward.

Michael R. Murphy is a Ph.D. student at Hunter College.