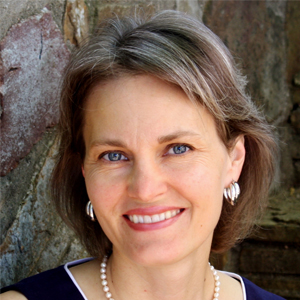 I have on my shelf a short book published in 1997 by the National Academy of Sciences titled “Advisor, Teacher, Role Model, Friend.” As a professor at a small liberal arts college, I have the opportunity every day to practice fulfilling the first three of these roles as I help young scientists pursue their passions. In the process of advising, teaching and being a role model, I hope over time to earn the reward of friendship.

Former students in Fred Guengerich’s lab at Vanderbilt gathered for a reunion and symposium. Many thanked their mentor for his guidance during career transistions.IMAGE COURTESY OF FRED GUENGERICH

I am very engaged with my students, but, despite my daily interaction with them, I sometimes forget what a serious responsibility it is to mentor young scientists. That responsibility is especially pressing when it becomes clear that many of my mentees are focused on the next exam or the next swim meet or myriad other activities that consume the time of 18 to 22-year-olds.

At this stage of their careers in science, these young learners are here for a few years and then gone, and, with some notable exceptions, they view their time in college as a process to endure. Most are not keen on establishing lasting relationships with professors and mentors. I imagine that for many professors like me it can be challenging to put all that energy into mentoring hours and not see immediate effects. Fortunately, I recently had an experience that reminded me of the importance and long-term career impact of engaged mentoring for every scientist.

In October 2015, I attended a laboratory reunion and symposium for former scientists who had trained in the laboratory of Fred Guengerich at Vanderbilt University. Guengerich has run a lab for nearly 40 years, and the symposium was conceived and organized by Dan Liebler, one of his first graduate students, who is now a professor and director of his own institute at Vanderbilt. I was a graduate student in the Guengerich lab in the mid ’90s.

More than 150 scientists were invited to attend from more than a dozen countries. Around 70 came, at their own expense, representing four different continents and seven different countries and going back more than 35 years! The two-day event included talks from more than 30 attendees. The format had two parts: first a look back at the work you contributed to during your time in the research lab and then a look at your career and what your passions are now. It became apparent as the talks went on that almost all the speakers had an additional message to impart — the importance of the mentoring received while working in Guengerich’s lab. I was struck in particular by stories from colleagues who had made significant career transitions. They recounted the role their mentor played — and continues to play — in how they approached often-difficult transition decisions. Their slides listed mentoring elements such as guidance, support, generosity, collaboration, cooperation, leadership by example, the teaching of critical thinking skills, support in creating connections and much more. It became apparent that, even as much as 35 years later, an early and constant mentor had a lasting impact on the long-term careers of scientists and professionals, many of whom are now themselves well-seasoned and admirable mentors.

As for me, I’m only 45 years old, and I don’t know what my next career steps may be, but it is reassuring to know that I have had, and continue to have, a mentor who considers it his responsibility and pleasure to lend an ear and advice. I hope to be that same type of mentor to the many undergraduates I come to know each year.

I came away from the meeting with a sense that, while one can be an adviser, teacher and role model, real friendship is earned through successful mentoring during transitions and over time. Being an engaged mentor takes commitment, deliberate action and willingness to provide the kind of stability that can lower the activation energy for transition states. While this type of personal engagement and long-term commitment may not be for everyone, I returned to my work with a new vigor to be an engaged mentor to my students, knowing that, like Guengerich, I can lower the activation energy for their career transitions and life transformations at age 20 and in every subsequent decade of their lives.

Laura Furge is the Roger F. and Harriet G. Varney professor and chair in the chemistry department at Kalamazoo College.

Laura Lowe Furge is a professor of chemistry and holds the Dorothy H. Heyl chair in chemistry at Kalamazoo College.

Enabling effective mentorship
Rajendrani Mukhopadhyay
The many hats of an academic researcher
Andrew D. Hollenbach
The measure of success
Andrew D. Hollenbach
Not for the faint hearted — but if you feel the calling...
Jim (James) Keen
Come and knock on my door
Nick D. Tsihlis
Stranger in a strange land
Peter Kennelly