ASBMB Today Opinions Wish I did my Ph.D. in the U.S.
The Do-Over 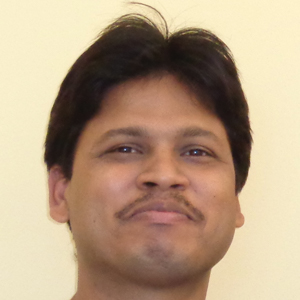 With an offer letter in my hand from one of the most prestigious education and research institutions in India, the Indian Institute of Technology Kharagpur, I was excited. But the prospect of getting a doctorate degree from India also gave me the feeling of settling for less. That feeling was bolstered further when I arrived in the U.S. as a postdoctoral researcher. The offer from IIT Kharagpur was enviable, at least to my fellow botanists, friends and family. I had a master’s degree from a top-notch university, but as it was a state institution, it didn’t have the same clout as IIT Kharagpur. My admission interview went nearly perfectly. My written examination scores were nice and strong. I had secured fellowships to support my research in plant biotechnology for more than five years. But I had to work with limited laboratory resources. I now realize why I had the feeling of settling for less: I didn’t do my Ph.D. in the most perfect place!

I’m comparing my experiences to what I see American students go through. I am startled by the amount of resources and technologies available to them. I feel that I did not get any of the things American graduate students get, such as access to resources, acquisition of skills, development of scientific street-smarts, opportunities to attend quality workshops and symposia, teaching experiences, and so on.

I feel I arrived late to many things they take for granted. I feel I have a lot to learn and assimilate.

For example, during class lectures in the U.S., I saw research manuscripts from journals, like Nature, the Journal of Biological Chemistry and Science, in the hands of undergraduate students. I did not have any access to any of those journals back in India. I hadn’t even heard their names until toward the end of my master’s degree! All I had were textbooks and the Machiavellian system of Indian education. In that system, I had to memorize passages prescribed in the syllabus, write a final exam at the end of one or two years, and come out with flying colors. I was completely unaware of the journals in which the research on which these textbooks were based was first reported! Seeing these undergraduates reading research articles, understanding them, summarizing the findings and writing reports astonished me. The college system was geared toward learning about research firsthand.

Another incident drove home how different my education was. During a postdoctoral stint at the University of Florida, Gainesville, my principal investigator got many applications from undergraduate students to do research for a few months. Much to my bewilderment, I was offered an undergraduate research assistant. I mentioned my confusion to my PI. I couldn’t understand how an undergraduate could be allowed to work on a project funded by the National Science Foundation by my side. Back in India, I was not allowed to touch an autoclave until I started my master’s degree, and I definitely was not allowed to touch a mass spectrometer at a core facility during my Ph.D.! I was surprised that an undergraduate student was getting the same opportunity on a project as me, who already had a Ph.D.

I realized two things. The first thing was that in the American academic system everyone has a right to learn. The second thing was that a Ph.D. isn’t a prerequisite to do serious research. I looked at undergraduates and, for that matter, lab managers and technicians with fresh eyes. They were immensely talented, highly successful and contributing in significant ways to the progress of science.

I wish I had done my Ph.D. at a top-notch school in the U.S. or the European Union. I probably would have been way ahead of where I am now. But the one thing I don’t regret about my Ph.D. is the mental and emotional strength I received by doing it. I survived my Ph.D. “catastrophe” because my PI was immensely supportive. I was strong to endure that five-year period of pain and train myself to secure an academic career in genomics and metabolomics. A faculty member at the university where I did my master’s degree once suggested that I go for another “good” doctorate degree in Germany or the U.S. But I politely declined. A Ph.D. is not worth doing twice!

Biswapriya Misra is a postdoctoral scientist at the Texas Biomedical Research Institute.