A belated love letter
to my first-grade
science teacher 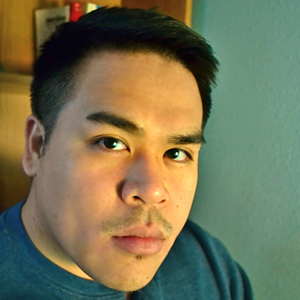 You charged onward when one-third of the class was picking their noses and the girls were busy combing each other’s hair. You knew sooner or later you would corral our attention, because you had a magic show in store for us.

Just as it started to look like the day’s curriculum was slipping from your grasp, you seemingly defied the laws of physics when you intercepted a paper plane at midflight and swiftly diverted it into the recycling bin, all in one fluid motion. You then taught us the fundamentals that made such a feat possible.

With mouths agape and pupils dilated, we watched you pace back and forth in front of the chalkboard like a Roman general confident in her battle strategy. You proceeded with an array of examples to help our mushy minds comprehend the revolution happening before our eyes. You blew our minds into a billion pieces and then reconstructed them, and our way of thinking hasn’t been the same since then.

True, your subjects were probably too complicated for our reading level, especially considering that the first-grade science teachers in other schools were dazzling their students with textbooks stacked on a desk like steps to demonstrate that day’s subject: center of gravity. That’s cool enough, but you had a different approach, kind of like Mr. Keating in “Dead Poets Society.” Rather than show us what science what was capable of, you taught us what we were capable of when we learned the fundamentals of science.

You gave us the keys to the kingdom. You let us examine the laws of momentum in swings and how gravity provides the fun factor on seesaws. You let us dig in the dirt for arrowheads and told us in a semiwhisper, as if sharing the secrets of the universe, that we held millions of years of history in the palms of our hands. You let us observe the different kinds of clouds that resembled our favorite cartoon characters, teaching us why some looked like Mickey Mouse, while others looked like Peter Pan in flight. By helping us look at our surroundings in a different light, you essentially gave us the world.

With the salary you earned, you didn’t need to go that far or try that hard, but you did, because you believed in us. It is commonly thought that what children absorb early in life affects how they will behave and think when they become older. So as an adult writing this to you many years later, I just wanted to say one last time: Thank you for exposing my mind to the beauty of life rather than corrupting it with negative words.

Michael Mira is a freelance journalist, photographer and independent researcher based in Houston. He has traveled extensively, particularly in Southeast Asia and Latin America, researching the effects of economics on public health. He also is passionate about promoting science and math programs outside of the classroom, especially in school districts that receive below-average funding. He writes about technology and environmental sciences for an eclectic range of magazines. Learn more about him at http://notebooknumbernine.wordpress.com/.