PDB50 will mark an important milestone in the history of structural biology. In 1971, the structural biology community established the single worldwide archive for macromolecular structure data — the Protein Data Bank (PDB). From its inception, the PDB has embraced a culture of open access, leading to its widespread use by the research community. PDB data are used by hundreds of data resources and millions of users exploring fundamental biology, energy, and biomedicine.

Structural biology and structural bioinformatics have had an enormous impact on our understanding of the mechanism and function of biological macromolecules. The PDB acts as a custodian for all these data, representing a repository of the vast majority of the achievements and milestones of the structural biology community. The archive is managed by the Worldwide Protein Data Bank consortium (wwPDB) of partner sites in Asia, Europe and America.

This celebration of the 50th anniversary of the founding of the Protein Data Bank as the first open access digital data resource in biology will include presentations from speakers from around the world who have made tremendous advances in structural biology and bioinformatics. Students and postdoctoral fellows are especially encouraged to attend and will be eligible for poster awards.

Registration and abstract submission information will be available in January. 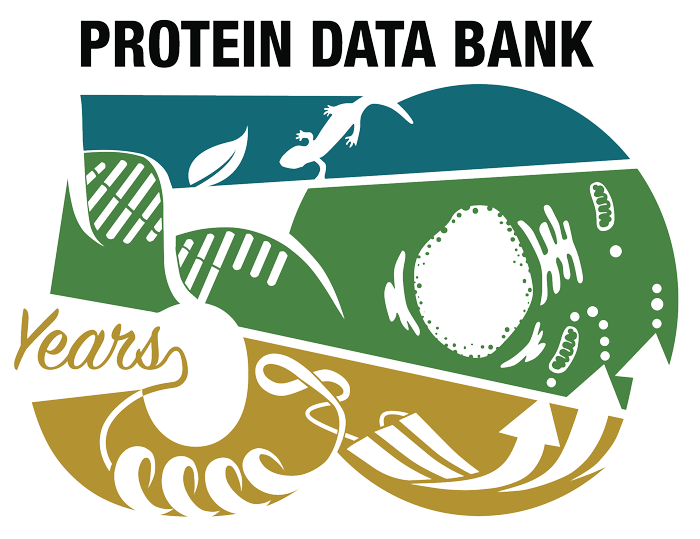 This illustration shows a cross-section through the blood, with blood serum in the upper half and a red blood cell in the lower half. In the serum, look for Y-shaped antibodies, long thin fibrinogen molecules (in light red) and many small albumin proteins. The large UFO-shaped objects are low density lipoprotein and the six-armed protein is complement C1. The red blood cell is filled with hemoglobin, in red. The cell membrane, in purple, is braced on the inner surface by long spectrin chains connected at one end to a small segment of actin filament.

Enter your email address below to receive updates about PDB50.