The Journal of Biological Chemistry is proud to the announce the 2nd annual JBC Methods Madness.

Instead of basketball teams, this March we’ll be pitting influential techniques against one another in a three-week competition for JBC Methods glory. Sixteen prominent methods, eight legends and eight rising stars, spanning the scope of biological chemistry have been matched up and you get to decide which method will be crowned the tournament champion!

Follow all the madness and review last year’s tournament by searching the hashtag #JBCMethodsMadness! 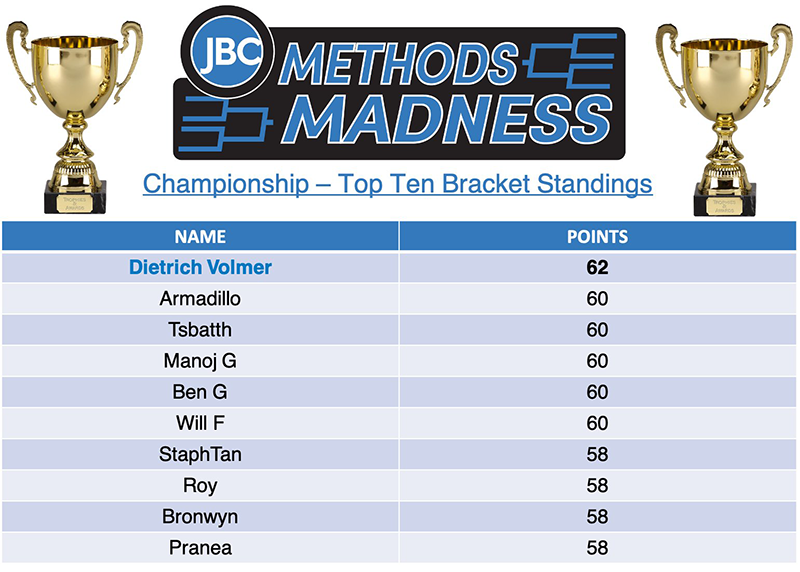 Widely used biochemical techniques were selected by ASBMB and JBC editorial staff with expertise in a range of scientific fields. All selected methods fall within the scope of the society’s journals. Upon selection, the list was split into two categories, “Legends” and “Rising Stars” representing established techniques (greater than 30 years old) and newer techniques (less than or equal to 30 years old). This list was then condensed to 12 total methods, six in each category, on the basis of PubMed keyword hits, JBC usage statistics (ImpactVizor). Four additional methods, two in each category, were selected by JBC Scientific Editor Catherine Goodman and ASBMB Science Communicator Anand Rao, representing the four wild card picks. Selection lists were distributed to eight JBC editors and eight ASBMB technical staff members, and each group (Legends and Rising Stars) was independently ranked from 1 to 8 as the seed selection process.