Suitable for children of elementary school age or older.

In this exercise, you will look at five genes from different organisms which give them interesting characteristics. As you assemble the DNA Sequence Bracelet, you will learn about what DNA is, what a gene is, and why the bead sequence is important. After finishing the bracelet, you will discuss how the information in genes produce a protein, and how that protein produces a trait in the organism.

What is a gene?

Neatly packed within most cells is a special molecule called deoxynucleic acid, or DNA. Each piece of DNA is built from four pieces called bases: A, G, C and T.

The bases, when connected in a specific order, act like a blueprint to build an entire organism; from a tiny single-celled bacteria to as large as a giant whale shark! DNA molecules are broken into smaller sections, called genes, which define specific properties of an organism.

Be sure to read the card to learn about the gene you will build.

Look at the first letter in your DNA sequence. This is a DNA base. Identify the right color bead for that base. Thread the bead onto your string.

Repeat with the rest of the letters in your DNA sequence.

Tie a knot before the first bead and after the last bead.

Tie both ends together with a knot to make your bracelet.

Congratulations! You just sequenced a gene! 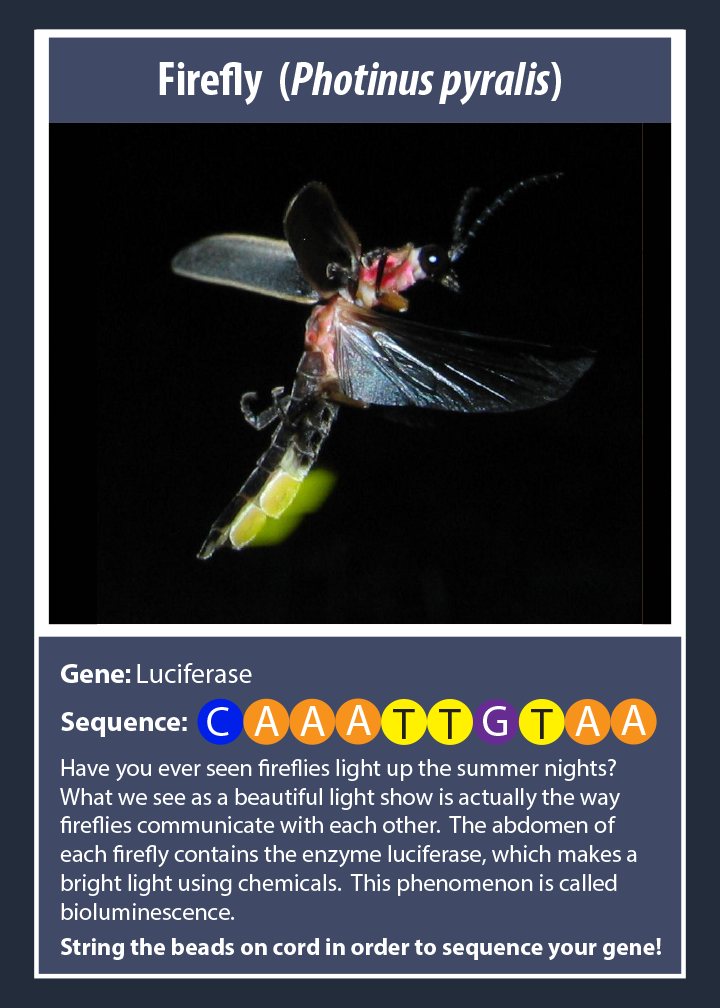 Download a printable PDF of the activity cards and instruction sheet

What you’ll need for approximately 250 bracelets: