Biochemist chases the role
of retinoids in fat burning Igor Shmarakov and his mentor published four papers together when their labs were half a world apart.When Igor Shmarakov first learned about retinoids, he had no idea his research interest would send him on a journey back and forth across the globe.

Shmarakov was born and raised in Ukraine. While working on his Ph.D. in biochemistry at Chernivtsi National University, he studied the role of retinoids, natural and synthetic derivatives of retinol, or vitamin A, in inhibiting tumor growth in rat models. After earning his degree, he was appointed an associate professor in the university’s department of biochemistry and biotechnology.

In 2008, Shmarakov received a one-year Fulbright scholarship to do a collaborative research study and was matched with William S. Blaner, a professor of nutritional medicine at the Columbia University College of Physicians and Surgeons, thus beginning a fruitful academic relationship.

Shmarakov returned to Ukraine when his fellowship ended, but he was determined to come back to the U.S. to pursue his dream of becoming an independent researcher. He had a lab at Chernivtsi and supervised graduate students, Shmarakov said, “but at the same time, I continued doing collaborative research studies with Dr. Blaner.”

The long-distance partnership was a challenge, but the two published four papers together between 2009 and 2016. In 2016, Shmarakov applied for an associate research scientist position at Columbia, where he now works under Blaner’s mentorship.

“(The) transition from the Ukrainian academic system into the American academic system was the biggest challenge for me,” Shmarakov said. “Dr. Blaner was very supportive. I owe him. … He kept me scientifically active, and that’s how I was able to come back to the U.S.”

The Journal of Lipid Research has invited Shmarakov to talk about his work in the field of metabolic disease at the 2019 American Society for Biochemistry and Molecular Biology annual meeting.

Role of RBP4 in metabolic disorders

Nonalcoholic fatty liver disease is a metabolic disorder caused by accumulation of fat in the liver. Scientists originally thought the sole function of retinol binding protein 4, or RBP4, was to transport retinol to extrahepatic tissues in times of dietary insufficiency. It is now proposed that adipose-derived RBP4 contributes to the pathogenesis of type 2 diabetes, linking type 2 diabetes with obesity and other obesity-related metabolic diseases.

RBP4 is expressed in both white and brown adipose tissue. The latter, called BAT, contains a large number of mitochondrial uncoupling proteins, allowing them to dissipate thermal energy rather than synthesize ATP. Therefore, metabolically active BAT has therapeutic potential in metabolic disorders. 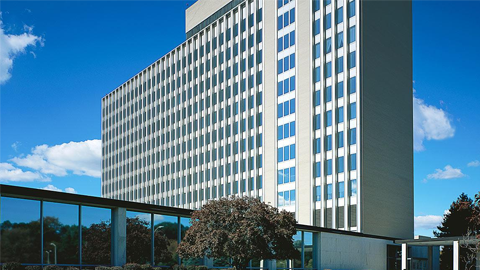