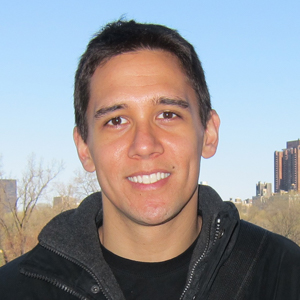 A recent thematic review in the Journal of Lipid Research from Jean E. Vance and Barbara Karten summarizes the molecular mechanisms that underlie the lysosomal storage disease Niemann–Pick C and discusses the development of therapies for patients with this disorder. NPC disease is a progressive, inherited disease that affects about one in 150,000 births. In NPC disease, unesterified cholesterol accumulates in late endosomes/lysosomes, called LE/Ly for short, of all cells. This accumulation occurs in all tissues but most notably affects the brain, liver, spleen and lungs, resulting in neurodegeneration as well as liver and lung dysfunction.

In normal physiology, NPC2 binds unesterified cholesterol that is generated from endocytosed lipoproteins and transfers the cholesterol to the cholesterol-binding domain of NPC1. Cholesterol is then exported from LE/Ly to other destinations in the cell by unknown mechanisms. Mutations in either NPC1 or NPC2 result in cholesterol sequestration in LE/Ly and dysregulation of multiple cellular processes that lead to organ dysfunction.

The authors discuss the development of models used to study NPC disease and explain how NPC deficiency affects cells of the brain. Several cellular and animal models are available for studying NPC disease. The most widely used models are mice in which either NPC1 mutants are expressed or amounts of NPC1 or NPC2 proteins are reduced. These models have shown that, as in human NPC patients, one of the most dramatic consequences of mutation or reduction of NPC proteins is loss of Purkinje neurons in the cerebellum. However, the authors point out that the reason Purkinje neurons are particularly sensitive to defects in NPC1/NPC2 and the mechanisms underlying the neuropathology characteristic of NPC disease remain unclear.

Currently, no effective treatment is available for NPC disease. The glucosylceramide synthase inhibitor miglustat produces modest improvements in disease phenotypes in animal models. Also, a histone deacetylase inhibitor reduces cholesterol accumulation in NPC-deficient cells but has not yet been tested in animals.

The authors of the JLR review focus on the cholesterol-binding agent 2-hydroxypropyl-β-cyclodextrin, or CYCLO, that markedly delays neurodegeneration and extends the lifespan of NPC-deficient animals with minimal toxicity. Interestingly, for reduction of cholesterol accumulation in cellular models of NPC disease, CYCLO must be taken into the cell and delivered to LE/Ly, thereby bypassing the functional need for both NPC1 and NPC2.

Vance and Karten note that this very exciting finding from John Dietschy’s lab at the University of Texas Southwestern Medical Center at Dallas has led to a promising NPC treatment approach for which a clinical trial is underway.

The authors also consider the limitations of using cyclodextrins, such as CYCLO, as a therapy for NPC disease. One major limitation is poor penetration of CYCLO across the blood-brain barrier. To circumvent this problem, researchers are working to improve CYCLO delivery in cellular and animal models. As the authors note, while the identification and validation of CYCLO as a potential NPC therapy is encouraging, there is still work to be done to determine whether or not CYCLO will be effective.

David B. Iaea is a graduate student in the Tri-Institutional Program in Chemical Biology at Weill Cornell Medical College.